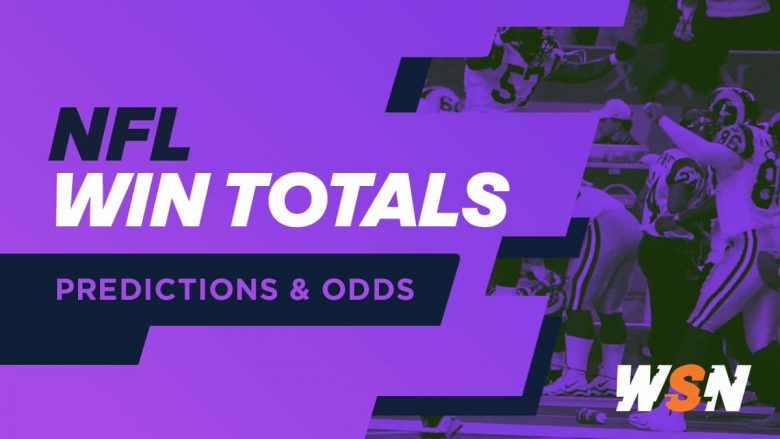 Even after losing Devante Adams, the Packers still sit close to the top of the highest NFL win totals heading into the 2022-23 season.

Of course, a big part of that is because of the reigning MVP of the league, quarterback Aaron Rodgers.

While the wide receiving group is limited, the Packers can utilize running backs Aaron Jones and A.J. Dillon much more, perhaps on the field simultaneously.

However, one aspect of the team that isn’t talked about as much as the lack of receiving threats is the defense.

With their first picks in the NFL Draft, the Packers took defensive tackle Devonte Wyatt and linebacker Quay Walker both out of Georgia.

These two should help to further boost a defense that has guys like Rashan Gary, Preston Smith, Kenny Clark, Jaire Alexander, and Adrian Amos.

Even with the 17th game added to the schedule, winning 11 games is difficult, no matter what team you are.

It’ll be intriguing to see how how the offense operates in Week 1 against the Minnesota Vikings.

With Tom Brady back in the fold, the Buccaneers are the crown jewel regarding NFL win totals.

After so many years in New England with putrid receiving threats, Brady will have Mike Evans, Chris Godwin, Julio Jones, and Russell Gage at wide receiver alone.

The offensive line has dealt with injury issues throughout the preseason, with right tackle Tristan Wirfs the latest dealing with an oblique injury.

The team brought in Shaq Mason to help plug some holes after Ali Marpet retired and Alex Cappa left for the Cincinnati Bengals in free agency.

This team will once again compete for a Super Bowl.

Tied with the Buccaneers for the highest projected win total, the Bills—at least on paper—look like the team to beat in the NFL.

In addition to the high win total, quarterback Josh Allen is the favorite for MVP and has the upside and potential to break passing records, whether it be yards, attempts, completions, or even touchdowns.

The running game for the Bills could be better, but we saw running back Devin Singletary finish the year strong in 2021, rushing for over 80 yards a game over the final four weeks of the regular season.

In the draft, the Bills drafted James Cook to help two-man the rushing attack. Following the team cutting Zack Moss, he’ll be needed more than ever.

For weapons, the Bills have Stefon Diggs, Gabriel Davis, and emerging slot receiver Isaiah McKenzie. Outside of Diggs, these players may not have name recognition yet, but this is a perfect offense for them to thrive.

In 2021, the Bills were already a fantastic defense. Still, they added even more to their pass rush, bringing in Von Miller, who, as he ages, continues to be a dominant threat off the edge.

The Bills are equipped for greatness. They’re in a division where they could reasonably sweep everyone and have many other winnable games.

From a betting angle, it’s hard to wager on them because the value is diminishing daily, but from a real-life perspective, expect the Bills to be there toward the finish line.

Seeing the Chiefs with a win total at 10.5 is somewhat surprising.

That said, this is a testament to quarterback Patrick Mahomes as he ascends to the level of Brady or Rodgers and the ability to carry a team to victory no matter the adversity.

On defense, the Chiefs could be better but will start rookie cornerback Trent McDuffie, their first-round draft pick. The defense has been a struggle for them for some time now, though.

They also have Chris Jones at defensive tackle, of course. Still, the losses in the offseason, such as Charvarius Ward, Tyrann Mathieu, Melvin Ingram, Jarran Reed, Mike Hughes, and more, will leave a mark.

Looking at the offense, the headline story here is, of course, the Chiefs shipping wide receiver Tyreek Hill out of town and now have a receiving core with more depth but lacking top-end talent. Some of the players include JuJu Smith-Schuster, Marquez Valdes-Scantling, and rookie wide receiver Skyy Moore.

Due to the strength of the AFC West, if the Chiefs can top 10.5, that would be a massive accomplishment.

This shouldn’t come as a surprise after a dreadful 2021-22 season, but here we are—the Texans have the lowest win line of any team in the NFL.

Last year, we saw flashes of good play from quarterback Davis Mills, but unless something drastic happens this season, it may be his last as the starting quarterback in Houston.

Other than Mills, the Texans have a couple of interesting weapons, including veteran wide receiver Brandin Cooks, but also rookie running back Dameon Pierce, who’s been one of the most hyped players all offseason.

On defense, it’s more or less a disaster other than edge rusher Jonathan Greenard who played well last season.

If we had to pick who has one of the better chances at the No. 1 overall pick, it’s the Atlanta Falcons.

The Matt Ryan era has ended, and now the team looks to Marcus Mariota and rookie quarterback Desmond Ridder.

There are some solid offensive building blocks in tight end Kyle Pitts and wide receiver Drake London, but the rest of the team leaves a lot to be desired.

Defensively, the one salvage piece is cornerback A.J. Terrell.

So, the Falcons have at least two blue-chip players, and we’ll have to wait and see on London.

It’s going to be a tough season for the Falcons.

This season will be a far different football team without Russell Wilson.

As the preseason closed, the Seahawks announced that Geno Smith would be the starting quarterback.

Regardless of how talented wide receivers Tyler Lockett and D.K. Metcalf are, they can only do so much with Smith at quarterback.

The defense also hurts after losing Bobby Wagner, leaving them with minimal talent.

In his second full season of starting, quarterback Jalen Hurts is on the up and up, especially after the addition of wide receiver A.J. Brown.

Since coming into the league as a second-round draft pick, Hurts has had to prove he’s a starting quarterback in the NFL. He did some of that last year, taking the Eagles to the playoffs. However, with a win total at 9.5, expectations are climbing for the young quarterback as he has an excellent team around him.

Expect to see the Eagles competing for a higher seed than seven this year.

This one is simple: Russell Wilson.

For years we all said that the Broncos just needed a quarterback, and things would go much better.

The Broncos obviously believed that, too, after trading for Wilson and recently signing him to a five-year, $245 million deal.

The team has excellent receiving threats in Jerry Jeudy and Courtland Sutton and also has a young stud at running back, Javonte Williams.

With the stability at quarterback Wilson offers, this will allow for this outstanding secondary featuring Bryce Callahan, Ronald Darby, Patrick Surtain II, and Justin Simmons.

The AFC West is tough, but the Broncos should nonetheless compete for a playoff spot.

The Dolphins have had an unbelievable offseason.

Here are their additions:

Outside of the Buffalo Bills, the Dolphins should be able to handle the New York Jets and New England Patriots reasonably well, which could account for four wins alone.

Under this new regime, it may take a year or two, but the Dolphins are a team to fear this season.

It was already on a downward slope with Ben Roethlisberger in his final seasons, but now that he’s gone, the Steelers are in somewhat of a rebuild.

Head coach Mike Tomlin has never had a losing season in Pittsburgh, but 2022-23 could be the first.

Starting quarterback Mitchell Trubisky leaves much to be desired as the offense will need to rely on running back Najee Harris.

On defense, the Steelers still have an incredible duo in Cam Heyward and T.J. Watt, but they can’t do it all alone.

The Steelers also have a pretty challenging schedule this season.

Never count Tomlin out, but this team looks like an under .500 team for the first time in Tomlin’s career.

The Titans lost so much talent this offseason that it’ll be hard to recover from. The headline piece is wide receiver, A.J. Brown.

Without Brown, the Titans turn to Robert Woods, formerly of the Los Angeles Rams, as he comes off an ACL injury and is now 30 years old.

With the draft pick they received from the Eagles for Brown, the Titans took Treylon Burks out of Arkansas, but it doesn’t appear to be clicking yet.

They’ll still have Derrick Henry at running back, but you better believe those boxes will be ultra-stacked against him.

Defensively, the Titans have a good duo of safeties in Kevin Byard and Amani Hooker, but there are several holes everywhere else.

Once the No. 1 seed in the AFC, the Titans may miss the postseason.

If you’re planning to bet on them this season, check out the best Tennessee Titans sportsbook promo codes!

We talked about the Falcons in the lowest win total section. Still, we could see a scenario where the Falcons win just a few games and head off to a potential No. 1 overall draft selection.

There are two great pass catchers, but the rest of this team doesn’t have a single unit that matches up well with anyone in the NFL.

The question is whether they’ll give Ridder the reins at some point in the season.

Either way, if they have the No. 1 overall pick, do they take a quarterback or a top defensive talent?

Betting the under on the Falcons at five wins would be a wise play.

In the teams trending up section, we discussed the acquisitions the Dolphins had this offseason, which will play a massive role in this number going over nine wins.

However, we should talk about this coaching staff a bit more.

McDaniel, a young offensive mind from the 49ers, came over this offseason and immediately praised Tagaovailoa’s abilities and his accuracy. This vote of confidence could be what Tagovailoa needs, as he hasn’t really had that in the NFL.

Additionally, McDaniel utilized Deebo Samuel in multiple ways as he enjoyed the speed and versatility he offered.

Now, he’ll get Hill, Waddle, Edmonds, and backup running back Raheem Mostert to work with, along with a more-than-solid offensive line.

On defense, the Dolphins retained defensive coordinator Josh Boyer, who seems to just be excellent at creating pressure.

In 2021, Emmanuel Ogbah had more than 60 pressures, which was up there with Watt and Heyward on the Steelers.

This team should see double-digit wins this season.

The Titans still have a great coaching staff.

Ryan Tannehill is an above-average quarterback.

Henry will see more than 300 touches.

Sure, they’ll win games, but the team feels so one-dimensional that going above .500 seems like a lofty goal.

Again, they were the No. 1 seed a year ago, but it’s hard to imagine them making the playoffs unless the Colts experience massive numbers of injuries.

Yes, we know quarterback Deshaun Watson will miss the first 11 games of the season, and the Browns will have Jacoby Brissett as their starting quarterback.

However, the team around Brissett is chock-full of talent.

Besides, Brissett isn’t an abysmal quarterback—he’s incredibly average and is the prototypical game manager.

In those first 11 games, the Browns have plenty of winnable matchups against the Carolina Panthers, New York Jets, Pittsburgh Steelers, Atlanta Falcons, and perhaps even the New England Patriots.

If over those first 11 games Brissett can manage to float around .500, Watson will come back and face the following teams:

If Brissett can win five, and Watson can win those three, somewhere in there, they need just one more win to top this.

At +135, this NFL over/under wins bet is worth taking.