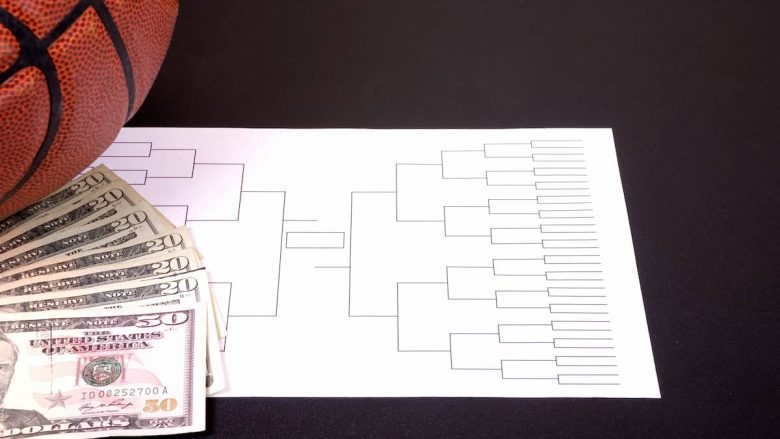 American Gaming Association President and CEO Bill Miller is confident that industry eyes will pop at the wagering numbers that the 2022 tournament will generate, saying:

There’s no doubt this year will generate the highest legal handle in March Madness history.

This would also include fans who participate in bracket contests, where they predict the winners and place wagers online and mobile using any of the legal sportsbooks.

With so many ways to bet now, this may be the most important gambling event of the year.

In February, at least $1 billion worth of bets were placed on the NFL’s Super Bowl, though more were expected, a game where the Los Angeles Rams managed to beat the Cincinnati Bengals by a tight score of 23-20 in an exciting final matchup of the season.

But that could be peanuts compared to the record $3.1 billion handle predicted for this March Madness, with 45 million Americans expected to place some kind of wager on the 64-team bracket elimination tournament that culminates in a Final Four showdown.

According to industry experts, 36.5 million American bettors are expected to participate in March Madness bracket contests and an estimated 20.9 million Americans are projected to place bets in other ways by either using retail or mobile sportsbooks or local bookies to place their action. Who are the favorites? It breaks down like this:

Thanks to thirty states and the District of Columbia opening legal sports betting markets in their respective jurisdictions, at least 29 millions more Americans can place legal wagers on the tournament than they could last year.

The legal sports betting markets were launched in Arizona, Connecticut and South Dakota in the past year. More are expected to be available in 2022.

Remember that it’s illegal for residents to bet on college football games in Oregon. In New Jersey and Virginia, however, smart gamblers may find a way to get around these obstacles.

Make sure you check out the March Madness coverage offered by your favourite sportsbooks. Join in the fun and get big wins!