Atlético De San Luis Vs Pumas UNAM: Both Are Struggling This Season 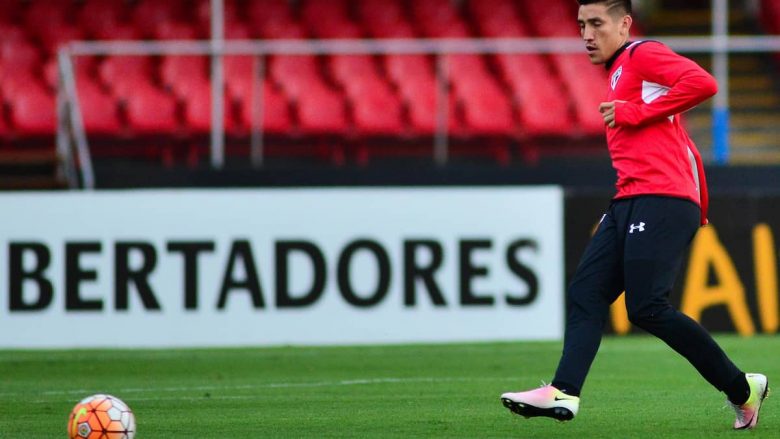 Draw, both teams to score

Atlético de San Luis have won their last two meetings with Pumas UNAM, but those are their only two wins over the opponents from San Luis. They have lost five times in this fixture, while drawing just once.

When the two sides met in the Clausura earlier this year, Atlético de San Luis won 2-0. They did not have complete control of the match, but still made the most of their chances and collected all three points.

Germán Berterame scored from the spot in the first half, while Luis Fernando León scored the second goal of the match in the second half. The away side managed to get just two shots on target, but neither troubled the keeper and they were comfortably saved.

Pumas UNAM’s last win in this meeting was also in the Clausura, but in the 2021 edition. Juan Dinenno scored the lone goal from the spot late in the match to seal all three points. The dramatic game saw VAR rule out two goals for Atletico de San Luis – both scored by

Juan Izquierdo in either half. The decisions were not taken lightly and that resulted in their manager Leonel Rocco and midfielder Felipe Gallegos getting red cards while on the bench.

The only time Atletico de San Luis and Pumas UNAM drew a match was in their first ever Copa MX meeting. Ricardo Centurión scored the first goal of the match for San Luis in the 21st minute, and Amaury Garcia Moreno equalized with 11 minutes left in the match. Pumas UNAM eventually went through after winning the next meeting 4-0.

Atlético de San Luis Are on a Long Winless Run

Atlético de San Luis have made a terrible start to the season. They have won just once in their 9 matches and are yet to find their feet. They have drawn five times this season and are on a seven-match winless streak.

They signed Facundo Waller, Rodrigo Dourado, Aldo Cruz, Rodrigo González, Luis Ángel Gutiérrez and Juan Pablo Ozuna in the summer, while also loaning in Pablo Martínez and Vitinho. Moreover, Uziel García, Eduardo Águila and Ricardo Alba were promoted from the U20 side to bolster the squad.

There were a few exits too with Léo Coelho, Andrés Vombergar, José Clemente, Efraín Orona, and Salvador González getting sold. Germán Berterame and Luis Calzadilla were released, while David Rodríguez was loaned out soon after he was promoted from the U20 side.

Squad Additions Don’t Pay Off on the Pitch

The additions were good on paper, but they have not managed to work their magic on the pitch. They started their season at home to Club Leon, and were handed a defeat. Lucas Di Yorio scored the winner in the 93rd minute to seal a 2-1 win, which saw San Luis failing to score and getting the helping hand from Byron Castillo with an own goal.

They did well in the next game when they traveled to face Guadalajara. Facundo Waller scored the lone goal in the match, while Abel Hernández had one disallowed in the second half. However, that was their first and only win of the season so far. Since then, they have been on a terrible run with two losses and five draws.

The poor run started with the draw against Mazatlan. The home side took the lead from the spot via Gonzalo Sosa before Abel Hernández equalized three minutes later for Atletico de San Luis. The game ended 1-1, with both goals coming in the first half.

Goalless draws against Cruz Azul and Puebla followed and things were not looking good for San Luis. They were the favorites going into the game against Juarez FC and still could not manage a win. They ended up drawing 1-1 after Alan Medina leveled things up in the second half for the home side.

Things got worse for San Luis as they were beaten 2-1 by Club Necaxa at home in the next game. They could not do much once again as Queretaro held them to a 1-1 draw.

No player is injured or ruled out, but Javier Güemez will get suspended for the next match if he picks up a booking.

Pumas UNAM had a tough Clausura season and found it hard to make it to the playoffs. They needed a win on the final day of the league stage to seal their place, but it amounted to little as they were knocked out in the reclassification round.

They did some spending in the summer and signed Gustavo del Prete, Higor Meritão and Gil Alcalá. Eduardo Salvio, Adrián Aldrete, Dani Alves and César Huerta were lured in on free transfers, while Diogo joined on loan for the season. Marco García, Jorge Ruvalcaba and José Galindo are also a part of the team after getting promoted from the U20 and Tabasco sides.

While they did well off the pitch, things have not reflected well on it. They have won just once this season, and surprisingly lost as many times in their seven matches so far. The season has been disrupted by the friendlies they have been involved in against the Spanish sides.

They first faced Celta Vigo and managed to hold them to a 1-1 draw. However, they traveled to Barcelona earlier this month and were thrashed 6-0. Their confidence took a blow with that defeat, and it led to their first loss in the league too. Club America defeated them 3-0 last week and handed them a wake-up call.

Pumas UNAM started their season at home and were held to a 1-1 draw. They then let slip of a stunning 3-0 lead at Club Leon to end up drawing 3-3. The comeback from the home side took place in the second half despite them being reduced to 10 men.

The friendly against Celta Vigo took place next, before they returned to league action and picked up their first win. Pumas UNAM defeated Club Necaxa at home, but that was a slender margin. Adrián Aldrete scored the only goal of the match in the 18th minute and that was enough for them to seal all three points.

Draws against Pachuca, Mazatlan and Monterrey followed before they took off to Spain to face the Catalan giants, Barcelona. Diego Valdés, Jonathan Rodríguez and Alejandro Zendejas scored for Club America in Pumas UNAM’s next match to hand them a 3-0 defeat.

No player is injured or ruled out.

How To Watch Atlético de San Luis vs Pumas UNAM