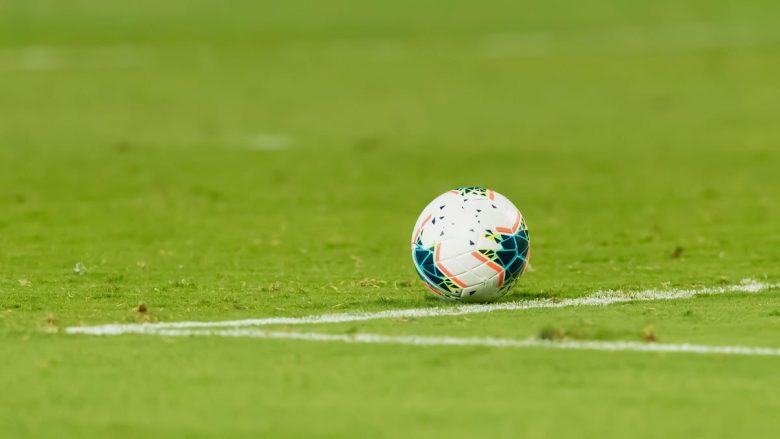 Atletico de San Luis to win or draw, both teams to score

To learn more about how to bet on soccer, check out our guide!

Atletico de San Luis have faced Santos Laguna nine times in history and won just twice. In those matches, they have been on the losing side four more times and will try to avoid another loss.

In the league, they have met five times. San Luis won just once and Laguna won thrice. Their only draw was last year’s game in Clausura. The match ended in a goalless tie.

The only win for San Luis was last year’s meeting in Clausura. Nicolas Ibanez scored the only goal of the game in the 15th minute, and there were more red cards in the games than goals. Santos Laguna’s Felix Torres was sent to San Luis for violence and San Luis’s Diego Pineda received the marching orders.

San Luis will have the advantage in this fixture due to their recent form. Santos Laguna may also need to manage a large margin. Both teams should score.

Atletico de San Luis could use this game as a breather Atletico de San Luis has made it through to the playoffs despite struggling with results in the first half of the season. They have managed to collect 23 points in their 16 matches – guaranteeing them a finish in the top 10 unless 11th placed Leon can manage a win with at least a six-goal margin in their game against playoff hopefuls Toluca. They will still finish the same as last weekend even though they lost. Club Leon has a better goal difference than them, which is why they can only match their points total. They have a chance to make it fifth if they win the game, although that seems highly unlikely. They would have to collect the three points to make it possible. Club Necaxa and Monterrey will drop points.

The change of fortunes began in February when Andre Jardine replaced Marcelo Mendez. Although they won against Club America in the first game, it was followed by two defeats to Tigres UNAL and Toluca.

Jardine worked hard to create the best system for his players and finally found it. They won against Monterrey, and Guadalajara.

They followed that up with a surprising win over Puebla, a team that was at its peak. Juan Manuel Sanabria had scored the goal in the first period, before Martin Barragan made it equal for Puebla after just 2 minutes. San Luis’ players did not give up and got the win in the 96th minute thanks to a goal from Efrain Orona.

They could not match the performance they had against Queretaro, and lost 2-1 when Rubens Sambueza failed to score his penalty in the first half.

San Luis was able to rebound in the second match, and won the victory over Mazatlan. Jhon Murillo was the only goal in the match, and players felt more confident.

Club Tijuana defeated them and took the match lead through Lisandro Lopez. They didn’t give up and Facundo Wallace scored an equalizer just minutes later.

Club Leon followed Jardine’s team, with one of their most impressive performances this season. Although they didn’t have much ball, the team managed to get more shots on goal and scored two goals. Jhon Murillo won the match midway through the second period with a goal by German Berterame.

HTML2_ They could not maintain momentum and lost 4-2 to Club Necaxa. German Berterame had a brace and was once again leading the scoring, however goals by Rodrigo Aguirre and Milton Gimenez saw them win the match.

San Luis won the two first matches, scoring at least six of the three previous matches in order to reach the playoffs. After beating Pumas UNAM by 2-0, they beat Cruz Azul 1-0. They were the first team to win back-to-back matches this season. This helped secure their playoff spot.

Santos Laguna need a win and a miracle Santos Laguna cannot control their destiny. They must not lose to make it into the playoffs. If they drop points, the playoff hopes end right there, but even with a win, they could end up finishing outside the top 12.

A win in their final game of the season would see them finish with 20 points. The good news for them is that Pumas UNAM, who sit in the last spot with 19 players, play league leaders Pachuca while the side right above them, Toluca, play top chasers, Puebla. The last round will see Mazatlan take on Puebla, the team that led the table more than half of the season, before dropping to third. This is another plus for them. They still have many things going for them. This includes a negative goal difference of 2.

Club Leon, Pumas UNAM, and Santos Laguna could end up with 20 points each, and if that happens, Pumas will seal the final spot as they have a positive goal difference.

Santos Laguna are only to blame for finding themselves in this difficult situation at the end. They have had numerous chances to climb up the table over the past weeks.

They lost to Queretaro and Club Leon in two of their three last matches, dropping four points which could have helped them reach the playoffs. They also lost 1-0 against Mazatlan. This helped them move up in the league table, which put them in a stronger position to make the playoffs.

Santos has won only 4 matches and lost seven times this season. Although they did not win the Apertura, with just five wins and three losses, they were still able to place 5th. This time around, they have lost way too many games, and that has hurt their chances of finishing in the top 12.

Their forward Harold Preciado has been their only bright spot this season, scoring 6 goals. They have been unable to support him enough, which is why their defense has suffered the most in this league. With 24 goals conceded in 16 matches, they have the second worst defensive record.

Eduardo Fentanes hopes that his players will give it their all this weekend and that they qualify for the playoffs despite all odds. But even though he knows that this could be their last match of the season, this may be more important than any matches that move them forward.

See which online sportsbooks offer the highest payouts, before signing up.

How to Watch Atletico de San Luis vs Santos Laguna