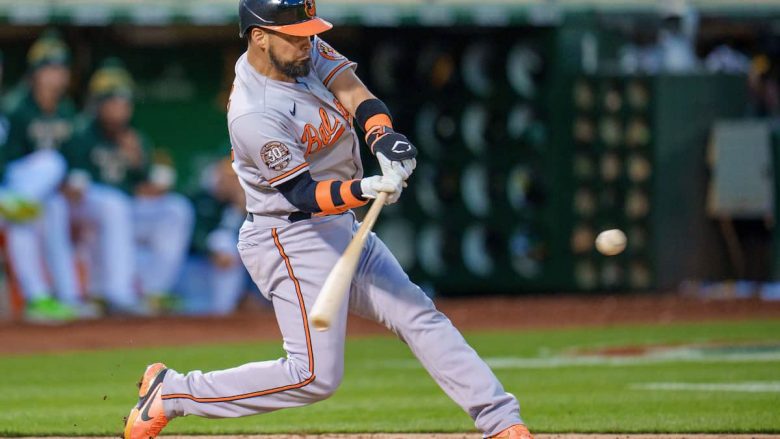 The Boston Red Sox will face the Baltimore Orioles in a one-game series. Even though the Red Sox are backsliding and have lost their last four games, they are favored to win by all major betting sites. With that being said, I am picking the Orioles on the moneyline.

You may be surprised that I am going with the underdog, but they appear to be the better team. For starters, they are bringing the better pitcher to the mound in Dean Kremer. Kremer, a 26-year-old right hander, is coming off one of his best starts of the season. In his previous start against the Pittsburgh Pirates, he threw 6⅓ innings and did not give up any runs. On the other side, Boston is bringing Josh Winckowski to the mound. Winckowski, a 24-year-old right hander, has an ERA approaching 5.0 and a dangerously high WHIP of 1.50.

In addition to Baltimore’s superior starting pitching, they have a significantly better bullpen. The Orioles’ bullpen is one of the best in the league and largely responsible for their surprising success this season. They have an impressively low ERA of 3.10 and a WHIP of 1.19 compared to the Red Sox’ bullpen ERA of 4.48 and ERA of 1.34. The Orioles’ bullpen will hold down Kremers’ strong start and make life difficult for Boston’s hitters.

The final reason Baltimore will win is because of their momentum. The Orioles were not expected to have a strong season this year. They were projected to be near the bottom of the league, but they have surprised everyone by being one of the MLB’s best in the last two months. They are playing so well right now that they are tied for the third Wild Card spot with the Tampa Bay Rays. Baltimore has won seven of their last eight games and are 5-3 against the Red Sox. They know how to beat this Boston team and win games. Boston, on the other hand, is having a surprisingly bad season and has lost six of their last seven games. If you combine Boston’s poor play with Baltimore’s strong play, it is easy to see why Baltimore will win.

Vegas is expecting this to be a higher-scoring game. They have placed the over/under at 10 runs, but I would bet on the under. Boston’s offense is one of the better ones, but they have not been hitting quite as well in the last few games.

The Orioles have been hitting pretty well, but I do not expect them to blow out the Red Sox. They have a bevy of solid hitters in Cedric Mullins, Anthony Santander, Ryan Mountcastle, and Austin Hays, but not enough strong hitting for me to pick the over.

This will not be a low-scoring game, but it will also not be a slugfest. The Orioles will win 5-3, keeping the over/under comfortably under 10 runs.

Orioles cover the spread, Under 10 runs.

This should be a unique game to watch. Both teams will go their separate ways after this, so they will probably come to this game ready. On paper, the Red Sox are better and more experienced, but this just has not been their season. They are not completely out of the Playoff race, but they are four games under .500 and need to get it together now if they want to save what they have left of their season.

Baltimore has one of the more exciting teams in the league. They do not have many All-Stars and are pretty young, but their youthful energy has proven to be quite helpful this season. The Orioles were expected to continue their rebuild this year, but their run over the last two months has proven that their time may be now. Baltimore is sitting at 58-52 110 games into the season. If they win 35 more games, they will swipe a Wild Card spot and make their first Playoff appearance since 2016.

This will also be a good game to watch because of the pitching battle. I expect Baltimore’s Dean Kremer to have a strong start, but he is not the most consistent player and has had a few starts where he has given up four or more earned runs. On the other side, Josh Winckowski has had mixed results for Boston. He has pitched well in his last two starts, but his ERA is 4.68 for a reason. Both of these pitchers’ inconsistencies will make for an interesting duel.

I would bet on the Orioles’ moneyline, Orioles to cover the spread, and on the under.

How To Watch Orioles vs Red Sox