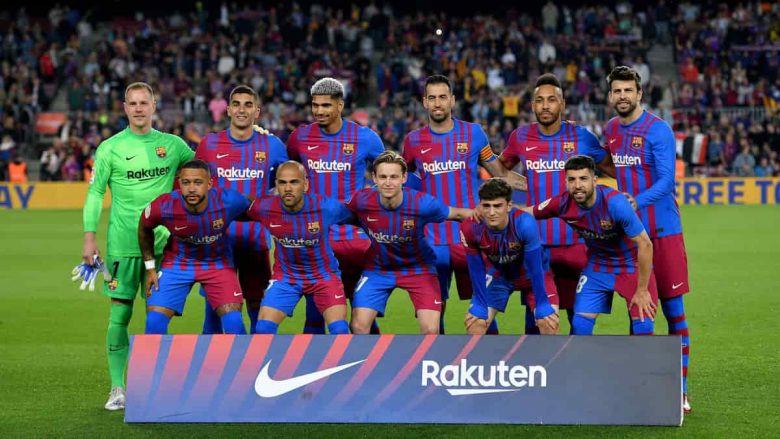 It will be a source of comfort for Barcelona that Real Madrid have not won the La Liga title in back-to-back years since 2006/07 and 2007/08. That is a long time for a club of their size. Indeed, Madrid have won fewer leagues in recent seasons that one might expect. In the 14 seasons since 2008, they have finished on top of the pile just four times. In that period, Madrid have won the Champions League just as often.

Yet unless something drastically changes this summer, Madrid will be the favorites to win the championship next term. They are 12 points clear of second-placed Barcelona going into the final weekend. There has not really been a time this season where it has looked like Madrid would not win the title.

Barcelona, in truth, never really got close. Atletico Madrid have spent most of the campaign battling to finish in the top four. Sevilla, their closest challengers for a while, have faded away.

In one respect, finishing second (which they have already guaranteed with a game to spare) is a good achievement for Barcelona. The club was a mess in the first half of the season. Barca had been forced to let their greatest ever player, Lionel Messi, leave on a free. Ronald Koeman was an unpopular and increasingly ineffective manager. Barcelona’s financial issues threatened to consume the whole club.

Yet the Blaugrana will not be satisfied with being runners-up for long. Kylian Mbappe is reportedly on his way to the Estadio Santiago Bernabeu, which is bound to make Madrid stronger. It is now three years since Barcelona last won the title, but their supporters might have to be patient as they await the club’s 27th La Liga crown.

If you would like more guidance on how to bet on soccer, our guide provides a basic overview of the key things to bear in mind.

Villarreal Can Still Qualify for European Competition Next Term

Villarreal’s run to the semi-finals of the Champions League means this season will live long in the memory of their supporters. It was a stage of the tournament the Yellow Submarine had only reached once before, as Unai Emery once again showcased his European credentials. However, the manager who has won the Europa League more times (four) than anyone else in history will not be involved in the competition next season: Villarreal can no longer finish in the top six of La Liga.

Villarreal’s form domestically has been inconsistent since the beginning of March. In their 11 matches in the last two and a half months, they have been defeated five times. In the form table over that period, Villarreal sit ninth.

Al is not lost, however. The introduction of the Europa Conference League provides another route into Europe. Villarreal currently occupy the sole qualification spot, and a win at the Camp Nou would secure their place in a tournament they would no doubt fancy their chances in.

There is very little margin for error, though. Athletic Bilbao are just a point behind Emery’s men. If Villarreal fail to beat Barcelona, and Athletic overcome Sevilla, the Basque outfit will climb into seventh place and leave Villarreal out of European competition next season. If the two teams finish level on points, Athletic will qualify by virtue of their superior head-to-head record. Villarreal will therefore be praying for a favor from Sevilla if they do not get the job done themselves.

Barcelona Can Sign Off for the Season With Their 22nd Win

Barcelona do not have quite the same urgency to triumph on Sunday, but that could actually work in their favor. Look at the line-up that faced Getafe in the club’s last encounter and you will see plenty of young players and plenty of recent arrivals. This team is continuing to gel together and a high-pressure, must-win match on the final weekend would not necessarily produce Barcelona’s best possible performance.

This could potentially become an awkward situation for Villarreal. A win would (obviously) be the ideal outcome, but it would not be advisable to go gung-ho in search of one against a Barcelona team that possesses terrific speed in transition – and it is not really in Emery’s nature to go all-out attack away from home.

It would only be natural for Villarreal to keep an eye out for what is going on at the Estadio Ramon Sanchez Pizjuan, where Sevilla host Athletic. If the home team establish a substantial lead in that game, Villarreal will be able to relax a little.

Barcelona might not be able to move up or down in the table, but they will nevertheless want to end the season on a high by winning their final match in front of their own supporters. Back Xavi’s side to come out on top.

How to Watch Barcelona vs Villarreal