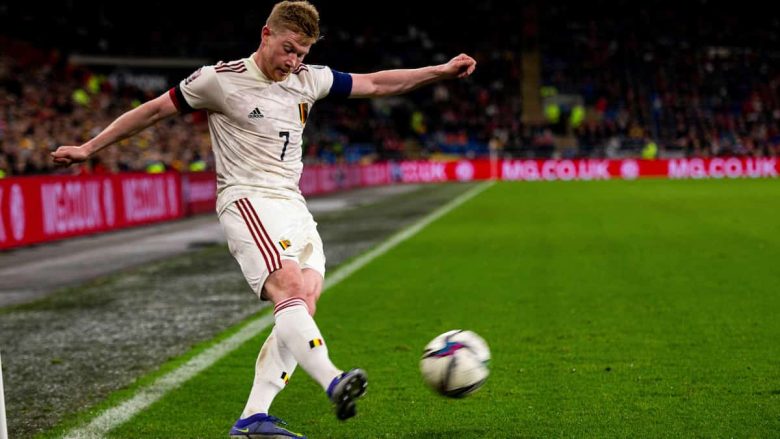 *) , , , , . Belgium Must Quickly Recover From Being Humbled Defeat

For Belgium, there is nothing worse than getting thrashed by the Netherlands at home. They have been a rival in soccer for many years. It is known as the Low Countries Derby. The Netherlands won the first official meeting between the two national teams, beating Belgium 4-1 in 1905. The Dutch started their Nations League campaign with style, beating Roberto Martinez’s team by the exact same scoreline.

Ever since that inaugural match 117 years ago, the Netherlands have had the edge over their neighbors to the south. They have won 56 head-to-head games to Belgium’s 41. They have scored 284 goals to Belgium’s 221. It is true that the Red Devils beat the Oranje at the World Cup in 1994, a feat the Netherlands have not yet managed. They have made it to the finals of three World Cup. The balance of power is north in the Low Countries.

This was the case until recently. Belgium has been more successful over the past decade. Their talent has made them the envy of many countries outside of their region of Western Europe. While the Dutch were watching the 2018 World Cup from their sofas having failed to qualify, Belgium secured a third-place finish.

The outcome of Friday’s match suggests that the Netherlands may be regaining control. Belgium was poor. Many of the golden generation’s players are now either not at their best, or very out of shape.

It might not have been their strongest starting XI, but the ease with which the Netherlands controlled a frontline of Kevin De Bruyne, Romelu Lukaku and Eden Hazard must be cause for concern less than six months out from the 2022 World Cup. Martinez will have plenty of things to consider and expects to hear from his players as Poland travels to Brussels.

Poland Looks to Build On Winning Start with Another Triumph

Last summer’s European Championship didn’t go according to plan. The target was to qualify for the round of 16, but they instead finished bottom of Group E behind Sweden, Spain and Slovakia. That was a hugely disappointing result for Poland, who also crashed out of the 2018 World Cup prematurely.

This crop of players will still have a chance to shine in Qatar with Robert Lewandowski, who is set to take part in his final World Cup. Poland defeated Sweden to secure a spot at the tournament after finishing second to England in the group phase of UEFA’s World Cup qualifying process.

The manager Czeslaw Mikniewicz is looking to his team’s confidence over the coming months before the November big kick-off. Their Nations League campaign got off to a strong start with a 2-1 victory against Wales. Now, Poland is looking to upset Belgium.

Clean sheets continue to elude them, though: in their last 20 matches in all competitions, Poland have only prevented Andorra, San Marino and Albania from finding the net.

Attacks Likely To Win The Battle With Defenses At Both Ends

While most Belgian fans are happy to concede that their team lost to the Netherlands, others pointed out De Bruyne’s comments last week and said the players weren’t taking the game seriously. After winning the Premier League title in Manchester City, the Manchester City player expressed concern that the Nations League is not something players look forward to after such a long campaign. However, this cannot excuse a poor performance.

Belgium were not spectacular in their attack but did manage to score in the second half of stoppage time. That means they have now scored in 43 consecutive matches, an impressive run which stretches all the way back to the semi-final loss to France at the World Cup in Russia. We could be seeing Belgium threaten Poland’s backline with their pride and ability to pass the ball past opposing goalkeepers.

The away team will have many questions to answer, led by Lewandowski. We considered both teams scoring, but 2.5 goals seems like a better bet at the generous price of +2.5. We could enjoy a fun game between these two teams. They are both stronger at the front than they are back.
Play Fantasy Sports Here

How to Watch Belgium vs Poland