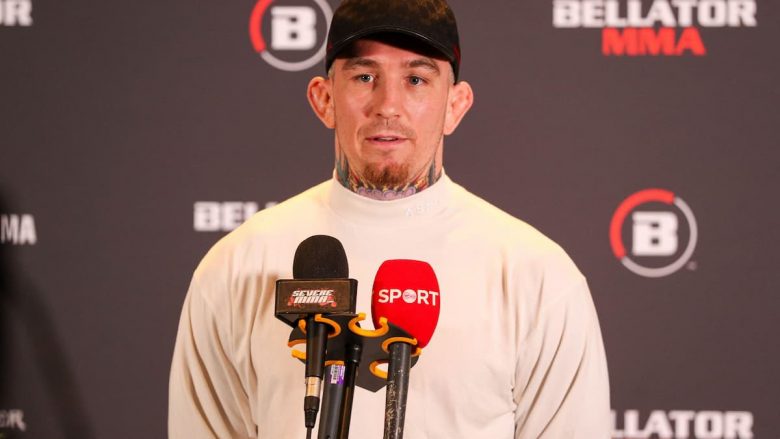 The odds for this bout are provided by BET365. To place your bet, click on the odds.

Neiman Gracie made the transition from BJJ to mixed martial arts back in 2013 and debuted for “World Series of Fighting” where he earned two submission wins before getting signed by Bellator. It’s not surprising that NeimanGracie’s preferred method of winning is submission. However, his win against Mark Lemminger was a knockout by elbows and punches.

All of Gracie’s losses came by way of unanimous decision with his first loss handed to him by Rory “Red King ” Macdonald, who fights in the PFL 2022 Welterweight semi finals this weekend.

Gracie is the opponent of Goiti Yamauchi. He was born in Japan, but moved to Brazil as a child with his family. There he fell in love and began his career in mixed martial arts.

Yamauchi, a submission specialist, has won many of his fights via rear naked choke in the first round. He has also never lost a fight during his MMA career.

It is notable that Moldavsky has lost his first fight in mixed martial arts as an amateur to Magomed Ankalaev, who is currently the top UFC Light Heavyweight.

Steve Mowry has made the most of his mixed martial arts career, although he’s been in no real danger and has won his three last fights via submission. Although Valentin Moldavsky is accustomed to facing higher-level opposition, Steve Mowry has proven his submission skills to be a formidable opponent.

Steve Mowry to win by submission in round one

Former Bellator women’s flyweight champion Ilima-Lei Macfarlane find herself on the worst run of form in her mixed martial arts career so far with two unanimous decision losses in a row to Juliana Velasquez and Justine Kish. ” The Iliminator “Has a lot of submissions and can end fights in any time. Her most recent victory and defense of her title was by unanimous decision.

Bruna Elen is a specialist in Muay Thai and prefers to fight point-fighting rather than looking for submissions or knockouts. In fact, all her fights were decided by judges.

Ellen is fresh off her split victory over Desiree Yanez, but she also lost to Juliana Velasquez in a unanimous decision. Macfarlane will fight Bruna Ellen. Her experience in mixed martial arts will make a difference.

Ilima-Lei Macfarlane to win by submission in round two

Said Sowma started his mixed martial arts journey with a Titan FC fight vs fellow Bellator 284 main card fighter Steve Mowry who defeated him by second round TKO in his debut. Sowma would rebound from his loss by winning six consecutive fights before being signed to Bellator. He lost by unanimous decision to Tyrell Fortune in their promotional debut.

He would respond to his loss with two wins in succession before falling to Davion Franklin by a split decision in his latest fight.

Turkish heavyweight Gokhan Saviam began his career in the Belgian MMA scene. He had a record total of 4-0 and was signed by Bellator.

Saricam lost his Bellator debut by way of a second-round kimura submission to Steve Mowry. After that, he went on to win three consecutive fights. After analyzing the records of both fighters, it is clear that Souma had faced more difficult opponents throughout his career. This should have helped him win.

Austin “The Gentleman” Vanderford made the biggest step up in competition so far in his career in his most recent fight where he suffered his first pro mixed martial arts loss to veteran Gegard Mousasi via ground and pound TKO in the opening round. Prior to this, Vanderford was a self-proclaimed “Mr.

Prior to that, VanZant was on a 15-fight winning streak. This included his amatuer fights. The vast majority of VanZant’s recent fights took place in Bellator.

His latest win was an unanimous decision over Fabian Edwards (the brother of the current Welterweight champion Leon “Rocky”) Edwards.

In 2018 he even got a second round submission win over Angelo Trevino on Dana White’s Tuesday Night Contender Series but was not offered a UFC contract for unknown reasons.

Vanderford has many submissions and knockouts on his record.

His opponent, Aaron Jefferey made a series of appearances in the contender series, but much later than Vanderford.

He faced Caio Borralho, but lost in a unanimous decision. As a result, he was not chosen to join the UFC roster.

He is an accomplished fighter with many submissions and knockouts. However, three of his four previous fights were decided by a judge. This was a close fight between two men with almost identical style and records. It will be fascinating to see which one wins.