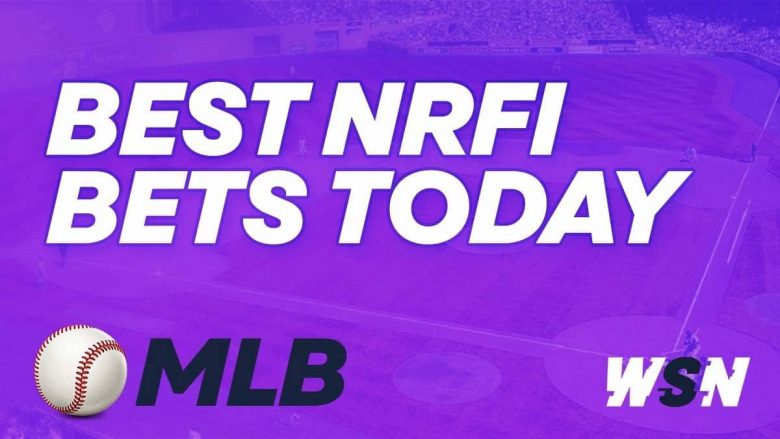 For our first NRFI bet of the day, we have an AL Central battle. The battle will be between the St. Louis Cardinals vs. Pittsburgh Pirates. While the Cardinals sit comfortably at the top of the NL Central, the Pirates remain in last place.

Jack Flaherty is getting the nod for St. Louis, and JT Brubaker is getting the start for the Pirates. These pitchers have had different seasons; Flaherty has only started four games, and Brubaker has started 25.

Jack Flaherty made his season debut on June 15th. After that, he played in two more games before transferring to the IL. Flaherty was able to come back from his injury on September 5. Flaherty pitched very well, giving up only one earned run over five innings. Flaherty has a great start but I wouldn’t be surprised to see him give up one run in the first inning. Flaherty has been out of action almost the entire season due to injury, and he is still struggling for a rhythm.

JT Brubaker has been healthy the whole season but has not been pitching well. He comes into this game with a 3-11 record, 4. 35 ERA, and 1. 43 WHIP. His home numbers are a bit worse. Brubaker’s has a 4. 93 ERA in Pittsburgh. In the first inning, the Ohio native will be facing some difficult batters. Brendan Donovan and Corey Dickerson will begin the inning. Nolan Arenado will follow Goldschmidt. This is a tough group of hitters, so Brubaker may have some problems. Bet on the YRFI.

We have an interleague game between the Atlanta Braves and Seattle Mariners for our second NRFI bet of the day.

Both teams are sending some of their best to the mound. Atlanta’s Ace Max Fried will start, while Seattle’s George Kirby will be the one to watch.

Max Fried has been a killer on the mound this year. The Los Angeles native has a 13-5 record, 2. 48 ERA, and 1. 02 WHIP. This year, he has enjoyed more success on the roads than at home. He has a 6-1 record and 58 strikeouts in ten starts on the road. To start the game, Fried will be facing Ty France and Julio Rodriguez. France and Rodriguez are both solid hitters but Fried is better at pitching. Fried will be able to get him through the first innings with no trouble.

George Kirby is having a strong season as the fourth starter for the Mariners. A righty hailing from New York holds a record of 6-3. 15 ERA, and 1. 17 WHIP. Kirby will be facing some tough batters in the first innings, but Kirby will prevail. You can bet on the NRFI.

For our third NRFI bet of the day, we have a game between two teams that will probably not make the Playoffs.

The Diamondbacks are sending veteran Madison Bumgarner to the mound, and the Rockies are sending Jose Urena. Both of these pitchers have not had strong seasons.

Madison Bumgarner has lost a step since playing with the Giants. The North Carolina native has a 6-13 record, 4. 83 ERA, and a 1. 48 WHIP. In the first inning, Bumgarner is likely to be surrounded by heavy-hitters. Randal Grichuk and YonathanDiaz will be batting for Bumgarner in the first inning. Cron will begin the game. These three guys are good at getting on base and hitting well. Bumgarner is willing to give up the first run of an inning.

Jose Urena is having a worse season than Madison Bumgarner. Dominican pitcher, 6. 13 ERA, and 1. 67 WHIP. Urena has 7. 36 home ERA. Urena cannot get out of the first innings without at least one run. Bet on the YRFI.

Our final NRFI bet of the day involves a fun NL West battle between the Dodgers and Padres.

Urias has a 2. 07 ERA on the road. He also only allowed one earned run against the Padres in his last start. Although he will be facing some good hitters, he’s still getting the win.

Blake Snell is not nearly as good as Julio Urias, but he is still reliable. Snell’s 3. 73 ERA and 1. 29 WHIP. This game will be the most difficult in baseball, but he should still do well in the first. Place a bet on the NRFI.

Best Sportsbooks to Bet on MLB

What is an NRFI Bet?

NRFI bets don’t work the same as moneyline bets. Sometimes, the NRFI can be negative and sometimes the YRFI positive. But, often the NRFI or YRFI both are negative.

Where can I make NRFI bets?

You can place NRFI and YRFI wagers at any major sportsbook. However, I prefer DraftKings. You can simply go to DraftKings Sportsbook and click on the baseball category. Next, select the innings tab. Then, choose 1st Inning Total Runs. There are many ways to place a bet. You can also find our top MLB betting tips for today.