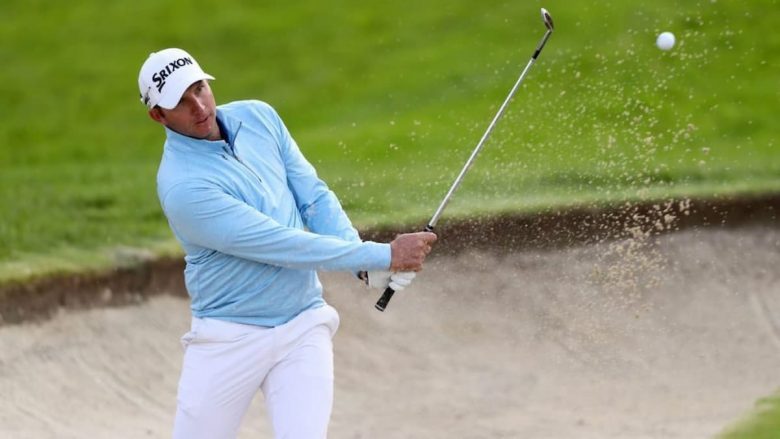 The British Masters goes back to 1946 although it did once disappear from the schedule.

The event was reinvented, with the help of broadcaster Sky Sports, in 2015 and now takes place at different venues in England with a celebrated English player acting as tournament host.

Lee Westwood (twice), Luke Donald, Justin Rose and Tommy Fleetwood have all taken the role and this time it’s 2016 Augusta hero Danny Willett. It’s actually Willett’s second crack at the job and, as in 2021, he hosts at The Belfry.

Casual golfers will recognize this name, as it was the venue that hosted four Ryder Cup editions. Europe won the first of those in 1985 when Sam Torrance holed the winning putt to hand the Americans their first defeat since 1957.

This piece of land in central England is a treasured possession for all European golf enthusiasts.

Last year, Richard Bland hoisted the silverware after shooting 13-under and winning a playoff against Italy’s Guido Migliozzi.

The course is a stock par 72 measuring 7,310 yards and water is in play on seven holes. That includes the famous 10th hole, a driveable par 4.

The Poa Annua greens have a lot of tiers and are very small so it’s important to play well. Bland was ranked first for driving accuracy and second for greens in regulation when he won, so this is an all-round test.

Back Burmester to the victory

Dean Burmester takes part in a tree-lined English test so I will back the South African.

The World No. 71 is one of the highest-ranked players in the field this week so it would be worth a look anyway. His record at Wentworth is where the BMW PGA Championship takes place, and I enjoy it. In the latter, he finished ninth and 12th while at The Belfry Burmester took sixth place in this event last year, firing a 65 on day three.

A deeper delve also shows a sixth at Hanbury Manor in the 2020 English Championship. Does he still have enough form for The Belfry?

That’s the answer. Burmester finished runner up in two of five events he has participated in, with the most recent being the DP World Tour Steyn City Championship. This was Burmester’s home country.

Across those two latest starts he’s gained over 20 strokes Tee to Green so a decent putting week and he could really flourish. The good news? Burmester was ranked first for average putting on Belfry greens in last year’s competition.

Back Burmester for the win at +3500 with Caesars Sportsbook.

Laurie Canter did us a favor when beating Matthieu Pavon in a 72-hole match in Spain two weeks ago. The Englishman is back, and I will be backing him again. This time Richard Bland (defending champion) will outscore me.

First: The case for Canter. His consistency is one reason he was selected to be on side in match betting. Canter is 8-for-8 since late January and five of the last six have been top 30s. His best finish, tied third, came at the Catalunya Championship last week where he was just two shots back from the playoff number.

Bland captured this event last year, finally winning for the first time at this level on his 478th start. He’ll be able to feel the magic again and perform well. He’ll feel the magic again and play well. Another angle is that there will be extra pressure this week, making it difficult. Although he’s enjoyed some fantastic times, he was not as sharp in the Catalunya Championship last week. This could make it a difficult match.

Back Canter to win their 72-hole match at -120 (DraftKings Sportsbook).

After 2021 saw him miss cut after cut, China’s Hao-Tong Li started to turn the corner at the end of the year.

A top 15 in the Alfred Dunhill Links Championship suggested a return to better things and he dropped another hint with a second place at his home China Open.

Li continued the progress with tied 12th in the Sony Open and he’s since added third at the Ras al Khaimah Championship and sixth in the ISPS Handa Championship in Spain two starts ago.

Add in three further finishes between 26th and 33rd and this return to form has been sustained.

Third in the Open Championship on English soil (Royal Birkdale) in 2017 he’s had other good performances in England and was tied 31st at The Belfry in the 2020 UK Championship.

How to Watch British Masters