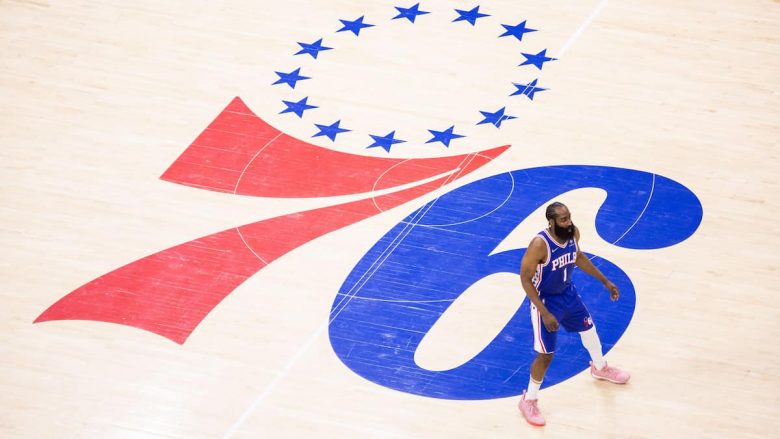 The Brooklyn Nets will be motivated in this matchup, ready to show James Harden that they’re a championship quality team without him. The Sixers are almost unstoppable ever since Harden was acquired, and their offense looks to be at a higher level.

How can the Nets beat the Sixers?

The Philadelphia 76ers have been playing excellent basketball since they acquired James Harden from the Brooklyn Nets. Brooklyn’s halfcourt will be a challenge for them.

The Philadelphia 76ers have been excellent breaking down teams, despite their slower pace. Philly are averaging just 78.8 field goal attempts in games, but are assisting on 62.5% of their made field goals.

Brooklyn will be facing one of their most difficult challenges of the season. Ranking 4th in three-point efficiency allowed (34.0%), but 14th in overall field goal efficiency allowed (45.5%), the Nets will need to put in a strong defensive effort from all areas.

Kyrie Irving didn’t even catch that ball before burying that 3
pic.twitter.com/OID5VRj94v

One of the most divisive players in the league, Kyrie Irving enters this matchup off the back of a tremendous game. Irving had one of his finest performances this season, alternating scoring duties with Durant. Irving played in his best form, winning the Charlotte Hornets’ last game. In 37 minutes of play the Nets star posted 50 points and 6 assists while shooting 15 of 19 from the field and 9 of 12 from three-point range. There is no Sixers player who can guard Irving. Irving will be able not only to score his points but create great opportunities for his team if he has the right strategy.

How can the Sixers defeat the Nets?

The Philadelphia 76ers face a Brooklyn Nets team that will be led by two of the NBA’s most devastating scorers in Kevin Durant and Kyrie Irving.

The Nets are more interested in efficiency than finding threes. They will make it difficult for the Sixers to defend. Durant and Irving are not only Brooklyn’s most prolific scorers, averaging a combined 45.3 points per game, but they are also Brooklyn’s top playmakers with a combined 11.2 assists per game.

It sounds easy, but managing Durant’s and Irving’s play will make Philly a success. The Sixers are in a great place to win if they can match the Nets’ scoring and playmaking abilities.

The Philadelphia 76ers have been flying, and James Harden has breathed new life into the team. Even though he has only been in five games, his performance is outstanding. Expect a huge night from Harden against his former team.

The Nets don’t have a great defensive team so Harden could prove to be a huge threat. The Sixers can win this game if Harden embraces his role of a player as well as one that scores, so long as they do.

How to Watch Brooklyn Nets vs Philadelphia 76ers