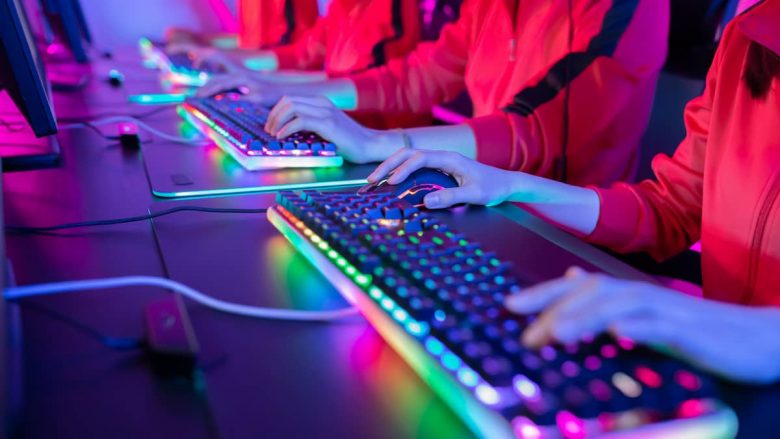 Florida Mutineers Are Hard To Gauge

Florida Mutineers, currently in 10th place in the Call of Duty League standings, will be facing New York Subliners, who are one spot below in 11th place on 25 June 2022. Florida Mutineers have played 24 matches so far this season, winning 10 and losing 14.

The New York Subliners haven’t been great either with seven wins and 13 losses. Both sides have a chance to win and score some points.

The two teams currently play the Major 3 Tournament. The Florida Mutineers lost two out of three tournament matches, while the New York Subliners lost both matches.

Florida Mutineers are having a poor run.

They were 7th on the league table a month ago. This shows how fast things change in Call of Duty League. Although they are the favourites heading into this match, their reputation is not enough.

New York Subliners will be Underdogs

The New York Subliners have a bizarre side. They have performed well on Hardpoint and Control, despite their low ranking in the table. They’ve won 26 and lost 23 matches on the former and won 17 and lost 12 on the latter. Like Florida Mutineers, their record on Search and Destroy isn’t great but it isn’t disastrous either with 15 wins and 19 losses. It should make for a fascinating match, as their favorite game modes are identical.

OpTic Texas, currently in 2nd place in the Call of Duty League standings, will be facing Boston Breech, who are a few spots below in 6th place on 25 June 2022. OpTic Texas have contested in 27 matches so far this season, winning 20 and losing seven.

Boston Breach have underwhelmed a bit with 11 wins and 13 losses. OpTic Texas is the overwhelming favorite.

Both teams currently play in the Major 3 Tournament. OpTic Texas has lost their tournament match, but they have won the previous two. Boston Breach, however, is currently on a losing streak that includes the first round of the tournament.

OpTic Texas is undoubtedly the most dominant side of the Call Of Duty League. They’ve registered 31 wins and 22 losses on Hardpoint, 24 wins and 18 losses on Search and Destroy and 27 wins and seven losses on Control. They should comfortably win the match because their opponent has been having a very bad run. It could turn into an epic battle.

On Control, they’ll need Scump to be on his best game, who averages 19.4 kills per 10 minutes with an impressive KD ratio of 1. 11 on the game mode.

Boston Breach Have A Hard Mission

It’s difficult to imagine Boston Breach getting anything from this game. They might be able to win this game because of their solid record in Search and Destroy and Hardpoint.

They’ve got 25 wins and 24 losses in the former and 21 wins and 18 losses in the latter. They’ll need to find every positive in this situation, even though it is not extraordinary. TJHaLy must put on an impressive show. He is the deadliest member of their team with the highest kills per 10 minutes rate on Hardpoint (23.8) and Control (18.6). His KD ratio is 0. 93 and 0. 94 on the two maps. Capsidal is their most powerful member on Search and Destroy with 0. 77 kills per round and an impressive KD ratio of 1.11.

This should be an easy win for OpTic Texas, and it is one of the best bets of this Call of Duty League season.

Toronto Ultra Have An Impressive Record

The Toronto Ultra are in great form heading into this match. The Toronto Ultra have won all six of their matches so far in this tournament and the Los Angeles Guerillas don’t appear to be a significant threat.

Los Angeles Guerillas are patchy throughout the season. To be considered serious, they will need to display the Toronto Ultra form at some point. However, it has not yet happened.

The Los Angeles Guerillas are going to be heavily dependent on Huke’s Hardpoint and Asim’s Control. SlasheR will be their main player on Search and Destroy.

They are dependent on each player for different game modes.

Though both the Ravens and Ultra are in playoff contention, that does not necessarily make them superior to other leagues. Due to their inconsistent results, both teams find themselves in mid-table contention.

Both teams have failed to achieve the consistency they desire as the league phases approach. Ultra are currently fifth with a 50% win-loss record; their series score stands at 13-13.

Ravens are a spot higher at fourth, with a 13-11 series score. Although there aren’t many points that can separate them, Ultra holds the advantage due to their overall proficiency and experience.

Historical data might have influenced punters to give them better chances of winning. Last year, they finished second with a 28-17 scoreline, translating to a 62% win record. You would prefer to work with an established outfit.

Why Toronto Ultra are Favorites

Three weeks ago, Ultra performed something that they rarely do. It was a complete sweep. They beat both Minnesota ROKKR (and the Florida Mutineers) by a margin of 3-0.

Such emphatic wins in the first round are very rare. It was especially sweet to be able to do it twice on one day. Insight was able to rise to the occasion during one round of Search and Destroy.

Against Multineers specifically, Insight ended up going 11-2. He got his first kill and the four-zone captures in the last round.

These performances were the catalyst for his rise. Since then, he has not looked back. Ultra, however, can take comfort from their somewhat impressive showing at CoD Major 3. They bounced back after a 3-1 loss to Atlanta FaZe in their first game. They were relegated to the lower bracket but went on an impressive run to defeat Paris Legion, Minnesota ROKKR, Florida Mutineers, 3-0, and LA Thieves 3-1.

They were beaten again by FaZe, however their recent wins provided a welcome boost. They will be facing Ravens in the lower bracket final.

Teams Must Not Brush Aside Ravens

The Royal Ravens are a mixed bag of players, who have occasionally caused a stir at times, such as when they sent the New York Subliners home earlier than expected.

Their accomplishments will be more impressive because they beat a team that won the Pro-Am Classic.

Despite their impressive overall record they were the first to be sent home after the defeat to the Ravens. They will never be forgotten. However, they will want to be more than a team who can cause chaos on their day.

How the tide turns. The aura surrounding the New York Subliners was strong until recently. They were able to show that professional setups are possible. Their performance, scouting and results spoke volumes. This season shows that even top-level teams can have meltdowns, as Subliners did. They are currently 11th in the 12-team league, having lost more than they have won. They are currently sitting with a 7-13 series record.

While they are not in danger of finishing last, it is possible to reversal. Los Angeles Guerrillas are four spots higher at seventh, having a 12-13 record at this stage.

Whichever way you look at it, this has been a massive improvement from the depths of repair in 2021, where Guerrillas finished second from bottom.

However, it is not the most important factor in determining the odds. It is widely believed that this season was a letdown for Subliners, who are otherwise very impressive.

It is their responsibility to show that this was an aberration.

The Subliners looked in top form last month, winning their first Call of Duty event of 2022, when they beat LA Thieves to lift the Pro-Am Classic.

They struggled to find any momentum during the Vanguard season, but recovered admirably after a few tweaks to their roster.

They signed Matthew “KiSMET” Tinsley and Paul “PaulEhx” Avila, who were two of the signings that helped them reach the grand final against Thieves.

Some changes have been made to their position at the table. Gunless was replaced by Spart in Major II due to Gunless’s health issues. Gunless was reinstated in Major III. The Guerrillas announced that Spart, a former Halo professional who switched to COD, will be returning as a Flex Player. This replaces Gunless once more.

Neptune has been replaced by Asim. He was a former Halo expert who moved to COD. Neptune (Spart), Neptune (Slasher), and Huke are the final lines-up for Major IV. Fans are hopeful that the team can fulfill their potential.

opTic Texas have had an outstanding run in 2022 so far. Toppers for the longest time, they’re now second with a 20-7 win-loss record overall. They are now just one win from becoming joint-toppers alongside Atlanta FaZe.

An impressive 71 map wins is significantly higher than third-placed Seattle Surge. This makes them the absolute favorites when they take on Minnesota ROKKR, who are struggling at a lowly 9th spot with an 11-10 record. Minnesota is expected to enter Major-4 with a new note.

Texas has offloaded Indervir Dhaliwal (a star player with recurring thumb injuries that have restricted his movement in the hand) prior to Major-4 qualifiers. To alleviate the pain, iLLeY even received cortisone injections. A small procedure was also performed, but it did not seem to work.

This has caused them to turn once more to Byron “Prolute”, Vera, for Major IV.

Prolute sat on the roster throughout Major III, replacing iLLeY. Texas were placed sixth at the major with Prolute, their lowest finish in 2022. Prolute, who was part of the Challengers team, has now begun to scrimmage with OpTic as he prepares for Major IV. At this time, it is not clear how much time he will remain with the team.

MinnesotaROKKR had been on a roll up until recently but a small slip could have them heading down the wrong path. They went on a winning streak of five matches less than a month to increase their chances of reaching the Stage-3 Major. Their 3-0 victory over Atlanta FaZe was the biggest.

Overall Minnesota and OpTic were the only undefeated teams in this match. They finished qualifying with an overall score of 5-0. This showed how close the teams were.

The Thieves are eighth overall, with a 11-14 record that has seen them just about remain in the periphery of the playoffs. Boston Breach are sixth, but have still lost more than they’ve won; they’re currently 11-13 in the series overall. The recent surge in form has led to punters anticipating that the Thieves will win this game.

Thieves And A Brush With Controversy

The Los Angeles Thieves and Florida Mutineers faced each other on May 29 in the final match of Major 3 Qualifying. There was a winner who would be able to play OpTic Texas in Major 3’s Winners Bracket.

The loser would be to play the Minnesota Rokkr at the winner’s bracket. Although Rokkr had been 5-0 in Major 3 Qualifying, it was agreed that Minnesota and Texas would prefer to face each other.

Los Angeles won the match by a score of 3-0. It was impossible to have predicted that the Search and Destroy and Control match would be close. Several members of the CoD community believed the Thieves had deliberately chosen to play the way that they did. Even Jordan Kaplan, the LA Thieves’ head coach, was able to respond. Later, he clarified that opTic was not the No.

Every move they have made since the controversy began has been amplified that much. They can stop it.

Capsidal will continue to be a replacement for Boston despite his suspension.

Capsidal was one of the most successful rookies and has played a key role in Breach’s initial success since joining the CoD. The mid-season break. The individual as well as the team both have had a difficult time. Breach was in the bottom 4 of Toronto’s most recent major. Capsidal took home a 0. 75 overall K/D, his worst performance this year.

How to Watch the COD League