CF Montreal Vs New York City FC: Castellanos Will Be A Big Miss For NYCFC 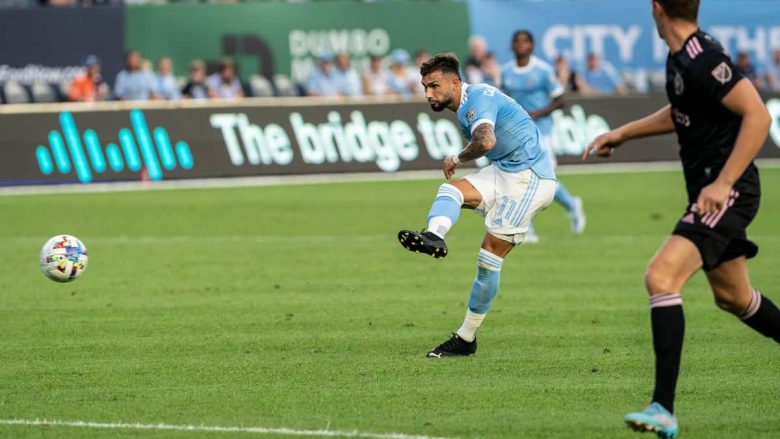 Check out our free guide how to bet on soccer, here!

These two have been two of the best sides in the Easter Conference and have a game in hand over their closest competitors. Only five points separate CF Montreal and New York City FC.

Both sides head into this match in reasonably good form but New York City FC are clearly the favorites heading into this match. The two sides have faced each other 15 times in the past with New York City FC the clear leaders in the head-to-heads with 10 wins to CF Montreal’s two. Five games ended in a draw with the last match between the two sides being fairly one-sided.

CF Montreal have had a good season but one of their harder tests for this season came against New York City FC, losing 4-1 back in March. CF Montreal were a little hard done by on the day as New York City FC were at their clinical best.

There wasn’t much to separate the two sides as far as most of the stats were concerned. In fact, CF Montreal led the possession share narrowly with 51 percent. The difference was in the shot quality on the day. New York City FC got nine of their 12 shots on target, whereas CF Montreal only managed to get one of their nine on target, which ended up in the back of the net.

The game looked like it was only heading one way when Alexander Callens and Santiago Rodriguez gave the New Yorkers a 2-0 lead within 20 minutes. Bruat Gilliard led the fight back for CF Montreal in the 52nd minute but it didn’t last long as Talles Mango made it three for New York City FC 12 minutes later. Thiago got a fourth just to put the finishing touches on a well-managed performance from the defending champions.

Romell Quito, the Hondurian international, continued his good form with a brace against DC United, spoiling Wayne Rooney’s first game in charge of his former club. The first of his two goals came within the first minute of the game, making things a lot easier for the Canadian side.

Goalkeeper, James Pantamis, also showed some great form, saving four of shots against a energized DC United, currently at the bottom of their conference.

Quitto Is in Supreme Form

The brace took Quitto’s tally to nine for the season, overtaking teammate Djorde Mihailovic, who was on seven goals prior to the game against DC United.

Quitto has now scored six goals in his last eight MLS matches, not to mention he’s also contributed to three assists this season. It might seem like a bit of a purple patch but the underlying numbers suggest he is well worthy of these goals and can go on like this for the rest of the season. According to FBref via statsbomb, his nine goals have come from an expected goal value of 8.4. Quitto doesn’t contribute massively in other areas of the game but his goals have been invaluable to the side. He always seems to be at the right place at the right time.

Despite having one of the best underlying defensive numbers in the league this season, CF Montreal can’t seem to keep clean sheets. With an expected goals against value of 23.1, they should not have conceded 36 goals for the season.

Goalkeeper Sebastian Breza has been the man culpable for this and if the team is to improve going forward, a big decision has to be made on his future. These things have a way of evening out though. Where Breza has cost the side defensively, Djorde Mihailovic has scored more goals for the side than he’s been expected to with 7 goals from just 3.6 expected goals.

Last week, New York City FC made it four wins on the trot by beating struggling Inter Miami 2-0. The win made sure they’re still only a point behind Philadelphia Union in the Eastern Conference with a game to spare.

Maximiliano Moralez and Heber were on the scoresheet for the champions but top goalscorer Valentin Castellanos took all the headlines in what looked like his final game for the New Yorkers. The Argentine got a standing ovation in the 61st minute when he went off for Heber.

Valentin Castellanos has signed for Spanish side Girona on a season long loan. He will end this season with 13 goals and two assists for the club. It’ll be very difficult to replace last season’s golden boot winner. Heber and Talles Mango will have to combine to help fill the void left by New York City FC.

Castellanos has been an absolute sensation in the last 18 months. This season, he was expected to get even more than his 13 goals, generating an expected goal value of 15.8. He had quite a few chances in this game as well but couldn’t find the scoresheet ultimately. For New York City FC, this will be a chance to sell him for a profit later on but they’ll sorely miss his contributions in their effort to defend the MLS Cup.

New York City FC entered the season as one of the favorites but Los Angeles FC’s excellent start to the season meant that the current champions were now seen as the second favorites to win the MLS Cup.

Defensive midfielder, Keaton Parks, has been undergoing a surgery since the end of last month.

How to Watch Montreal vs New York City