Charles Town Classic: Officiating Will Offer Solid Value And Is The Top Pick 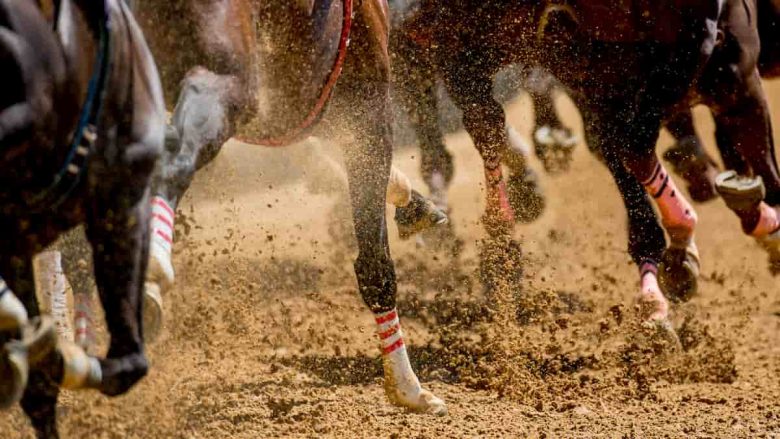 Art Collector looks to defend his crown on Friday night when he headlines a field of eight entered in the $1,000,000 Charles Town Classic at Hollywood Casino at Charles Town Races.

Trained by Bill Mott, the 5-year-old son Bernardini is a winner of 9-of-18 lifetime starts and better than $1.7 million. Most recently he registered a convincing wire-to-wire score in the Alydar Stakes at Saratoga.

Art Collector is attempting the same path he took last year when he won the Alydar before winning the Grade 2 Charles Town Classic and then the Grade 1 Woodward at Belmont Park.

Multiple Grade 1 winner Mind Control is best known for his prowess in one-turn races but is coming off one of the best races of his career when he outbattled Hot Rod Charlie to the wire to win the Grade 3 Salvator Mile for trainer Todd Pletcher.

The victory at Monmouth Park was his first two-turn graded stakes triumph in his career. A nine-time stakes winner in his career, his two Grade 1 victory in the Hopeful and the Allen Jerkens both came at 7-furlong earlier in his career.

Mott and Pletcher are not the only Hall of Fame trainers taking a shot in this year’s Charles Town Classic. The legendary conditioner D. Wayne Lukas will saddle Last Samurai on Friday night.

His last two were not his best, but the son of Malibu Moon scored his biggest career victory three starts back when he rolled home a decisive winner of the $1,000,000 Oaklawn Handicap In April.

A strong winner of this race last year, he is back in search of a repeat. The class of the race, having won other big races like the Woodward and Blue Grass, the 5-year-old son of Bernardini seems well suited for the tight turns at Charles Town.

After winning three in a row last year, he was no match in either the Breeders’ Cup Classic nor the Saudi Cup in November and February. Given plenty of time off by Hall of Fame trainer Bill Mott, he looked like his old self in winning the Alydar at Saratoga three weeks ago.

Of course, that was the same race he won last year before coming to Charles Town for the win. He is the horse to beat and has a big shot to repeat, but as the heavy favorite, I think it is worth taking a shot to beat him here.

A two-time Grade 1 winner, this son of Stay Thirsty proved that he can be effective going two-turns with an extremely game performance to defeat the heavily favored Hot Rod Charlie last time at Monmouth Park.

A repeat of that performance puts him in with a shot as he will try to stretch out one more furlong for Friday’s million-dollar test. He will need to use his good tactical speed early to try to stay with Art Collector early and then see if he can outkick down the stretch.

It’s possible, but it looks like another tough ask of a horse who is very used to running in difficult spots.

The winner of a one-million-dollar race already this season, this D. Wayne Lukas-trained runner looked to be taking things to a new level earlier this year. Unfortunately, he was not able to build upon the momentum he built down at Oaklawn Park.

His two races since that big win in April will not be good enough against this group. Perhaps he is most at home at Oaklawn and not quite as good elsewhere.

Having said that, after a dull effort in the Grade 2 Stephen Foster, his recent effort in listed stakes at Ellis Park was pretty good, so maybe he can rebound again. He’s not out of it, but I do like others better.

The winner of the Grade 3 Cornhusker in his last start, this 4-year-old son of Blame looks to be going better than ever for trainer Saffie Joseph, Jr. While his other three career stakes wins came sprinting, he seemed to appreciate the bump up in distance to 9 furlongs which he will see again on Friday.

It took him a while to get going in his career, but he has been steadily improving the past two seasons and looks ready to announce himself on a bigger stage. With the ability to stay in touch early and then pounce, he should sit a good trip under Javier Castellano.

The top two favorites are established at this level, but I like this up-and-comer. He will offer solid value and is the top pick

Beware the undefeated horse. It’s been ten starts and ten wins so far for the 5-year-old West Virginia-bred. He also has the home court advantage, having made all ten of his career starts at Charles Town.

A horse like this who has run primarily against state-breds would be an easier horse to dismiss if he was making his debut in graded stakes racing out of town, but on his home course, I believe he has a chance.

With plenty of early pace in front of him, look for him to make his normal move at the leaders. Will he be good enough? Probably not, but he certainly offers value in the exotics.

This Florida-bred son of With Distinction has made his mark sprinting where he has been a tough horse to handle for the past four seasons. A winner of 10-of-22 lifetime, interestingly his two-stakes wins both came via disqualification.

The second of those came just nine days ago in a fast 6 furlongs at Colonial Downs. Given his career as a sprinter, it’s hard to know how he will do with the 9 furlongs on Friday, but he has found a tough spot to stretch out.

I would expect him to be at least involved early and perhaps make life a little tougher for Art Collector in the first half of the race. Me feeling is he will be hard-pressed to stick around late.

The second of two trained by Norman Cash, this Tapizar gelding has been an allowance or claiming horse for much of his career. He has attempted several stakes races in the last few years but has found no success there.

Claimed three races back, his new connections have found difficult spots for him and he has yet to respond. This one promises to be a new level of difficult. He looks the part of a big longshot here, and one that I cannot support.

This son of Uncle Mo will break from the rail as a pretty big longshot on Friday night. Claimed for $50,000 in March, the 5-year-old gelding has been pretty solid in five starts for his new connections while racing against lighter competition at Laurel Park.

This will not only be his first try at Charles Townbut also his initial attempt in graded stakes racing. In seven tries in listed stakes his best result yet was last time when second in the Deputed Testamony, albeit a well-beaten second. I have a hard time recommending him in this spot.

How to Watch the Charles Town Classic