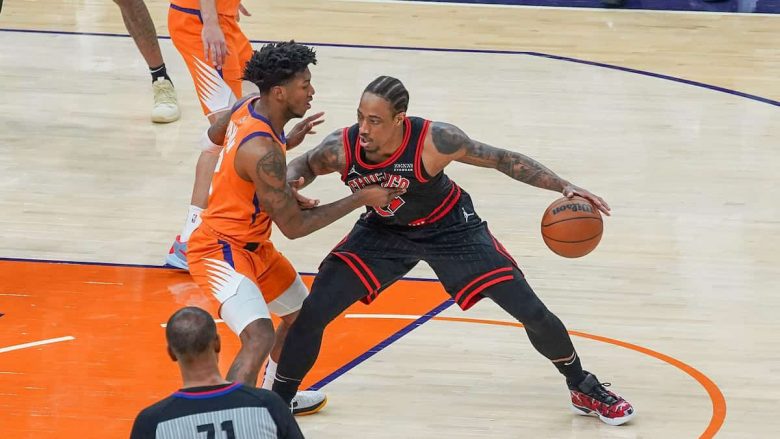 The New York Knicks are coming off of an impressive win in their last game, taking one from the Miami Heat. However Chicago’s veteran leadership and scoring ability has shown that they can succeed in the toughest situations.

How Can the Bulls Beat the Knicks?

The New York Knicks are coming off of back-to-back victories, grasping desperately at a chance to compete in the Eastern Conference Play-In Tournament. When the Chicago Bulls take them on, they’ll need to overcome New York’s recent defensive play.

Over their last two games, both wins, the New York Knicks’ perimeter defence has been disruptive. They’ve not only held their opponents to just 31.6% shooting from the field, but also forced a 2.2-to-1.2 assist to turnover ratio.

One of the best teams in the league in terms of ball security, the Chicago Bulls should be okay on paper. However, as a low-volume three-point shooting team, the Bulls will need to improve the quality of their three-point shots with the Knicks shot-blockers in play.

The Chicago Bulls haven’t been able to maintain their early season form, but veteran DeMar DeRozan shown that he can carry his team to a victory when needed. The Knicks are an up-and-down team, so DeRozan’s consistency will be crucial to Chicago’s success.

In his last game, a win over the Cleveland Cavaliers, DeRozan posted 20 points, 5 rebounds, and 2 assists in 34 minutes of play. While DeRozan struggled through three quarters, he dominated the fourth quarter, shooting 5 of 8 from the field in the final frame.

DeMar DeRozan got off to a tough start in his last game, something he doesn’t want to do against New York. While he can be depended upon to score in the clutch, a focused effort for 48 minutes is certainly preferred for Chicago’s chances.

How can the Knicks beat the Bulls?

The New York Knicks face a dangerous squad when they take on the Chicago Bulls. New York’s defence needs to be in top shape, as Chicago have the individual talent to overcome even the toughest late clock situations.

New York are near the bottom of the league in turnovers forced, but 13th overall in assists allowed. If they can maintain their defensive intensity, and force the Bulls into one-on-one play, the Knicks can add another to the win column.

The New York Knicks’ young Canadian star is certainly experiencing the hardships of leadership through this season. Barrett must improve upon his performance in his last game if the Knicks hope to claim victory.

Barrett’s last performance, a win over the Miami Heat, was defined by inconsistency and turnovers. The Knicks guard posted 18 points, 8 rebounds, and 4 assists, but shot just 5 of 17 from the field while committing 5 turnovers.

The Knicks need Barrett’s playmaking abilities to open up their offence, especially with Julius Randle unavailable. If Barrett can take care of the ball and find some rhythm shooting the ball, New York can certainly take a game from Chicago.

How to Watch Chicago Bulls vs New York Knicks