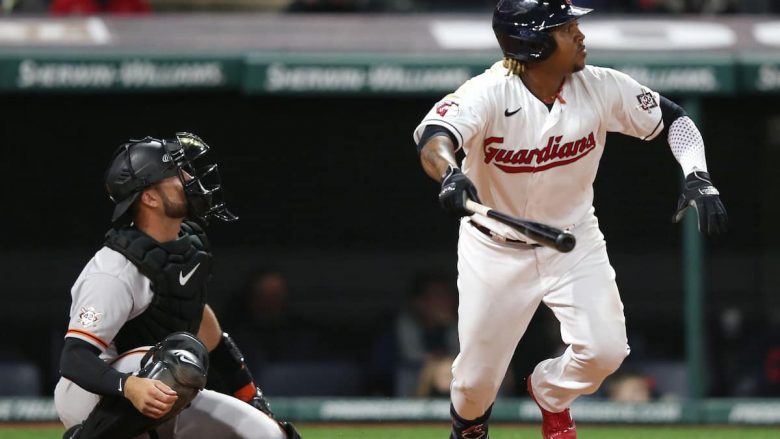 Both teams come into play rested off the All-Star break while each pitcher had found his groove in July.

The White Sox have been extremely disappointing this season, but perhaps a few days off can serve as a reset for the second half of the season. Cleveland, meanwhile, has been up and down but often plays well against Chicago.

This should be a close game, but Cleveland’s offense is more reliable so we will take the underdogs and go Guardians moneyline.

Neither pitcher has great numbers, but Cleveland’s Cal Quantrill is one of the better young pitchers in the game and Chicago’s Lucas Giolito still has a power arm and is perfectly capable of being an ace – as evidenced by his no-hitter last season.

Quantrill is 6-5 on the season, with a 3.75 ERA, 1.29 WHIP and 63 strikeouts in 100.2 innings of work. Perhaps his greatest strength so far this year has been his consistent ability to work deep into games.

The 27-year-old has gone six innings or deeper in 12 of his past 15 outings and has only failed to complete five innings in two of his 17 starts. His last outing before the All-Star break was his best of the season – throwing six shutout innings against the Tigers, giving up just four hits and two walks while striking out five.

Giolito meanwhile has had an up-and-down season in 2022 – namely because of a terrible month of June where he went 1-2 with a 7.67 ERA – but has appeared to round into form over the past month.

On the year, Giolito is 6-5 with a 4.69 ERA, 1.40 WHIP and 102 strikeouts in 88.1 innings. He’s thrown three quality starts in his last four outings after having allowed 20 earned runs in 15 innings over his previous three starts.

He threw 6.1 shutout innings against the Guardians in a 2-1 victory in his last start.

Important Series to start second half

It may only be the middle of July, but this is when series really start to become heightened in importance. The Guardians (46-44) and White Sox (44-44) are only two and three games back of the Minnesota Twins for the division lead, respectfully.

For both teams to make a run, the offenses are going to have to take a step forward. Cleveland ranks in the bottom half of the league in on-base percentage (16th), runs scored (17th) and slugging percentage (19th) despite putting the ball in play at a higher rate than any other team in the MLB.

If Cleveland is going to make a charge, Jose Ramirez is going to have to get back to the elite form. He $125 million third baseman drove in 28 runs in the month of April alone while hitting .342, but has just 24 RBIs combined in the months of June and July with a .276 OBP.

For the White Sox, it’s the same thing. The Southsiders have the third-best batting average (.257) in all of baseball, but that hasn’t translated elsewhere.

They’re barely in the top half (14th) in runs scored, while ranking in the bottom half in slugging percentage (18th) and on-base percentage (19th), ranking tied for last in walks.

For the White Sox, we’re looking at someone who does well against right-handed pitching and that’s going to be Jose Abreu. The 2020 MVP is hitting .303 with a .385 OBP against righties this season, and has 26 extra base hits (19 doubles and seven home runs) to help his .828 OPS.

For the Guardians, Andres Gimenez has been great in games away from Progressive field. The 23-year-old second baseman is hitting .301 with a .338 OBP on the road which includes six of his 10 home runs.

How to Watch Guardians vs White Sox