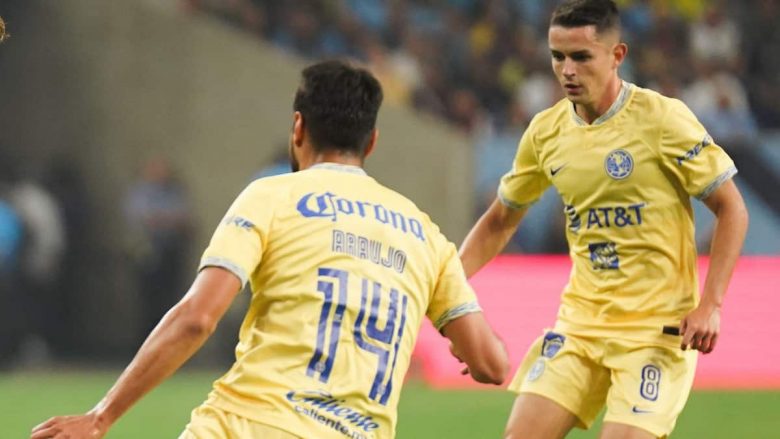 Club America have met Juarez FC just six times in Liga MX. The team has lost one match and drawn two, while winning three of the remaining matches. They will look to continue that winning streak with three more wins in the next three matches.

Club America is the stronger side on paper and have proven that over the past few seasons. They have managed to qualify for the playoffs, while Juarez have only made it once – in the 2020 edition of Clausura.

Club America beat Juarez 3-0 in Clausura this season. Federico Vinas and Alejandro Zendejas both scored goals in the opening half, giving them a commanding lead. Diego Valdes completed the victory with a goal in its final minute.

The hosts dominated possession and had 16 shots on goal, of which six were on target. Juarez was unable to enter the match and only one of their four attempts had been successful. They had as many great chances as Club America, but they missed them both.

The last time Juarez defeated Clum America was back in the 2020 edition of Clausura. The hosts were down to 10 men inside the first three minutes of the game as Jorge Sanchez was sent off after VAR changed the card. Diego Rolan and Dario Lezcano made the most of the situation and helped Juarez take a 2-0 lead after 21 minutes in the match.

Luis Fuentes pulled one back for Clum America in the 75th minute, and the game was set for a dramatic finish. Bruno Romo scored the third goal in the match for Juarez, with just minutes remaining.

The two sides have also met in the Copa MX – in the 2018 and 2019 editions. Juarez won the first ever clash via the penalty shootout, while Club America defeated them 1-0 in the 2019 edition.

Club America Are Being Distracted by Friendlies

Club America has not had the most successful start to Apertura, with their friendlies against European teams in the middle. They were hopeful of improving their season after finishing fourth in Clausura, making it to the semifinals.

Jonathan Rodriguez and Nestor Araujo have been included in the team this season. Emilio Lara and Fernando Tapia have been promoted after their impressive performances for the U20 side.

Mauro Tapia has been sold to Jurez. Antonio Lopez, Alonso Escoboza and Jordan Silva also left the club. Juan Otero and Jorge Mere were loaned to the club.

They began their season in Atlan, where they were tied 0-0. Club America’s next opponent was Monterrey, who made an impressive comeback and won 3-2.

The home team took control of the game in the ninth minute through Stefan Medina. Alejandro Zendejas and Jonathan Rodriguez scored for Club America. Although the away team had the ball in their possession, Monterrey won the second half with Rodrigo Aguirre and Maximiliano Mesa scoring.

It seemed as though Club America was set for another drop in points when they face Toluca, the third match. Richard Sanchez popped up as their hero and scored the lone goal of the match in the 93rd minute to seal their first win of the season.

However, the team could not win the match as they faced Chelsea and Manchester City next in friendlies. They were defeated 2-1 by both Premier League teams, which left the players dejected.

Back in league action after 10 days, they were beaten comfortably by Club Tijuana. Club America dominated possession and had 63% of it, but managed to get just one of their three shots on target. Tijuana’s Lisandro Lopez scored and Joaquin Montecinos got the other. They won all three points.

Real Madrid took on the Champions League winner next. They managed to draw 2-2. Club Leon beat them 3-2 to end their league form. Angel Mena scored a penalty 15 minutes into stoppage to seal the dramatic win for Leon.

Roger Martinez remains out due to a knee injury. He is expected back in September.

Juarez Did Well in the Market This Summer

Juarez is aiming to reach the Apertura playoffs for the first-time in their history. The team has done well on the market, and they have brought in talent from all over the world to improve their roster.

While they’ve done well on the pitch, the results have not been reflective of that. They drew 0-0 with Guadalajara in the season opener after defending 14 shots from the home side.

They won the match against Club Tijuana and picked up the first victory of the season. Gabriel Fernandez scored a brace to help them win 2-0 in a one-sided affair that saw them keep 60% possession.

Gabriel Fernandez scored an early goal in the second game, but also missed a penalty. Queretaro won the game 1-1 with Jordan Silva scoring for them.

Club Necaxa, Tigres UNAL were next up for Juarez. They lost both matches by a score of 1-0. Both teams dominated possession, but they couldn’t score and could not get much going in front of the goal.

Juarez were up against Toluca next and Maximiliano Olivera scored in the 88th minute to hand them a 1-0 lead. However, the home side could not keep hold of it for the rest of the game and drew after Jean Meneses scored in the 92nd minute.

Juarez needed to win against Atletico De San Luis. They had to do extra work after Sabin Merino’s goal in the first period. The referee handed them a lifeline in the 51st minute, but VAR ruled out the penalty. To make it 1-1, Alan Medina scored the equalizer shortly after.

Maximiliano Silbera and Maximiliano Olivera have been suspended from the match against Club America. Rest of the team is available and fit.

How to Watch Club America vs Juarez FC