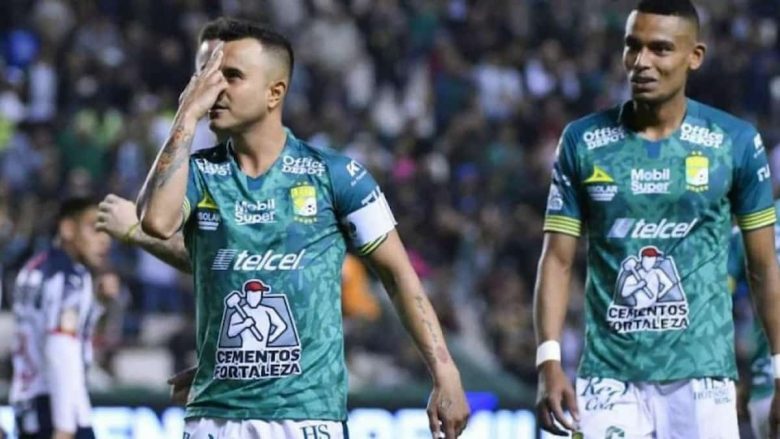 Club Leon vs Toluca. In their previous 5 meetings, Toluca and Leon have drawn. We could expect a similar outcome this weekend. Both sides are struggling to reach the playoffs this season, as they haven’t been performing well in league play.

Right at halftime, Michael Estrada handed Toluca the lead in the 2021 meeting. Club Leon returned from the break more confident and determined to win. Jaine Barreiro got the score after only 7 minutes. Angel Mena scored from the rebound, having missed his penalty.

The 4-0 win back in 2019 was an absolutely dominating win. Club Leon had the ball for 76% of the game and took 16 shots at goal – of which 11 were on target. In a true one-sided match, Jean Meneses and Jose Macias were the goal scorers for the home team.

However, Leon would be displaced in the playoff qualifying spots if Toluca beats them this weekend. It may result in qualifying depending on which team is in the last round. However, it provides a strong incentive to play beyond what they are capable of.

On the other side, Leon is under pressure because they have most to lose. Due to the intense fixture, expect a tight match in which both sides will make mistakes. Both teams will be on the scoresheet at least.

Before you make any betting, take a look at this guide on how to place soccer bets.

Club Leon Must Win to Secure Their Place in the Playoffs

Club Leon required 6 points from their 6 last matches to secure their place in the playoffs, which they still have on the final day. Their last five matches have seen them pick up only two points, which has placed them in an impossible situation to beat Toluca.

Their win against Mazatlan in March marked their last win and has been accompanied by a five-match losing streak. Although they had fairly easy fixtures, they have somehow fallen apart and found themselves in an awkward spot.

The drop-in started with a 1-1 draw at Queretaro. The visitors took an unlikely lead at halftime, and Pablo Barrera gave way to Angel Mena midway through the second. They were in control of possession but couldn’t push for the win and lost the game.

The next match was a resounding loss to Atletico De San Luis 2-0. Although the opponents struggled for points, they were able win easily over Club Leon. Jhon Murillo and German Berterame were the scores for the away side.

It just kept getting worse for Leon as they were down to 10-men after just 5 minutes in their match against Puebla. Pedro Hernandez received a red card. Fernando Aristeguieta gave the hosts the lead minutes before halftime.

Puebla saw two players, Pablo Parra, and Alberto Herrera, sent off during the second period. However, that didn’t help Leon and they lost 1-0.

The players were frustrated by the lack of results and were doing their best to alleviate the tension on the pitch. Leon received 2 red cards for three matches, with that number increasing. Jose Rodriguez, Victor Davila and William Tesillo were all sent home in Club America’s 2-0 defeat. This made it three consecutive losses and six red cards in just 3 games.

Despite having many players suspended, Club Leon was able to stop their losing streak against Santos Laguna. Angel Mena gave them the lead before Eduardo Aguirre tied the match in the second period. It ended 1-1 between the sides.

Leon could still qualify for the playoffs, even if they lost, but would need Pumas UNAM and Mazatlan to drop points. They are in an averagely secure position, however, a draw will put them out of reach. A win would throw all other calculations out the window.

Toluca May Need More than a Win for Playoff Spot

Toluca has been going through a similar situation to Club Leon. This is not helpful. The team needed to capitalize on the dropping points of other sides, but they just did that. Instead, they’ve ended up becoming the leakiest defense in the league by a long way, conceding 32 from 16 games – the next worst defensive performance in the league is 24 goals conceded by three other teams. Their goal differential is now practically unredeemable. They need three other teams to drop points, one being Leon.

Many believed that Toluca would win the April 1st game 2-1 over Puebla, the top four chasers. They are in the exact same position despite having played 5 additional games.

Toluca had to take an injury time penalty in order to score a point against Monterrey, after they lost 2-1 at the half. After Sebastian Vegas and Joel Campbell scoring for the visitors, Leonardo Fernandez scored the goals for the home team. Toluca’s

CD Guadalajara was next, with a very similar result. Jose Macias gave the visitors the lead in the second period. The home team looked defeated. Leonardo Fernandez, who scored in injury time for them to get a point from nowhere was once more the hero.

Things don’t always go the same in all games, as Toluca discovered. They did well in the first half against Tigres, but three goals in 13 second-half minutes saw the home side run away with the game and earn a 3-0 win over the visitors. Juan Vigon and Sebastian Cordova scored goals, which was enough to secure the victory without a reply.

Toluca were stunned in the following game by bottom-placed Juarez. Gabriel Fernandez’s goal was scored in the final seconds of the game, leaving no opportunity for the home team to win. Marcos Ignacio Ambriz Espinoza’s men had 14 shots on goal, but only 3 were on target. They lost the match 1-0 because they couldn’t get past the goalkeeper. Toluca took an early advantage against Atlas by using

Valber Huerta, but it was not enough. Aldo Rocha and Julian Quinones made it 3-1 just before the hour, while Julio Furch and Isaias Violate managed one each with less than a minute remaining on normal time. Toluca was still chasing the draw. Julian Quinones scored his second game of the match, sealing a win for Atlas at 4-2.