Club Tijuana Vs Necaxa: There’s Some Distance Between The Two Sides In The Liga MX Table 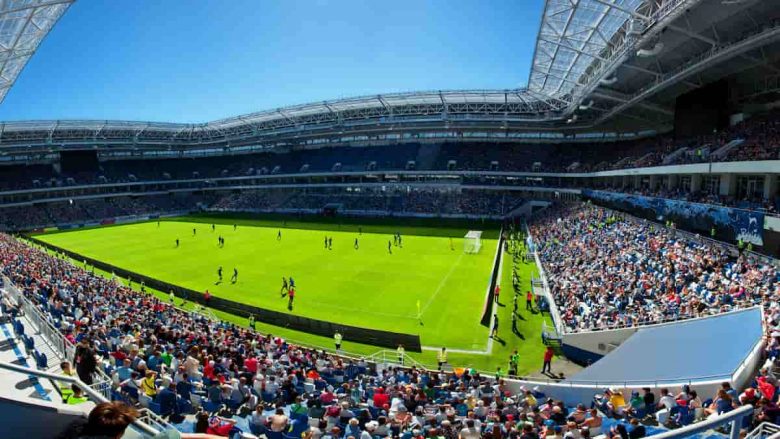 Tijuana, to their credit, have got the edge as far as head-to-head history is concerned. They have won the match between the two sides in 16 of the meetings, drawn three, and lost five.

They’ll be hoping to use that historical superiority to their advantage in this match but despite Necaxa’s own struggles, it’s hard to see them get anything out of this game. Necaxa remains favorites heading into this tie and should have enough to go back to winning ways.

The last meeting between the two sides took place back in February and ended in a 1-1 draw. Tijuana were the slightly better side on the day but didn’t have enough conviction about them to suggest that they should have won the tie.

They opened the scoring thanks to Facundo Ferreyra in the 56th minute. They also had 56% of the possession and took 10 shots with three heading towards goal compared to Necaxa’s eight, of which four were on target, but couldn’t score another. Luis Arcadio Garcia scored the equalizer 12 minutes later and that was that.

Tijuana are going to have the home advantage in this game as well but it’s hard to see them dominate most of the proceedings as was the case in the last match between the sides. The home side’s performances have deteriorated since and performance of the type in the last meeting between these sides would be warmly welcomed now even if all three points don’t follow.

Club Tijuana Get A Beating From Pachuca

Club Tijuana were on the receiving end of a 6-1 thrashing from Pachuca on the weekend. Tijuana have had a difficult season but nothing could’ve prepared their fans for this. Five players got on the scoresheet for Pachuca: Romario Ibarra, Érick Sánchez, Avilés Hurtado, Nicolás Ibáñez and Israel Luna.

Ibarra and Sanchez’s goals came in quick succession from minutes 20 to 22 but Tijuana’s perfect start to the second half with a goal from Pedro Canelo gave them real hope of mounting a comeback. It was not to be for Tijuana, who conceded their third goal of the match just six minutes later.

If the game wasn’t done by then, it was certainly curtains after Hurtado’s strike in the 72nd minute. Ibanez and Luna added to Tijuana’s misery to make it 6-1. It was a brilliant performance from Pachuca but Tijuana looked like they just gave up at times.

The most worrying aspect of the match was how quickly they conceded goals after two kickoffs. The concentration was clearly not there and it’ll be interesting to see how the team responds to this when they play at home.

For now, home isn’t providing any comfort. They have averaged just 1 point per game at home, which is bottom-half form. Their win rate at home is just 27% this season and they don’t really have the firepower up front to scare the visitors.

They have only scored 15 goals so far this term and will not really be capable of putting more bodies in the forward areas after losing 6-1 in their last match. They’ll be too afraid of the consequences of throwing bodies up front. It’s a lose-lose situation at the moment.

Even A Draw Will Do

The team’s lost four of their last five matches so any points will help. As long as the bleeding is stopped and the team can get room to breathe again, it’ll be seen as a positive. The crowd will have to really get behind the team for this match.

The team is a bit fragile at the moment and every tackle, clearance and block needs to be cheered to get the players to feel like themselves again. That’ll help restore some confidence.

Necaxa Put Up Fight In Loss To Club America

It was never going to be easy against the table toppers, Club America, but Necaxa put in a devent fight against them in a 2-1 loss on the weekend. Necaxa made a dream start with Facundo Batista finding the back of the net in just eight minutes. Necaxa had only got 37% of the possession but they were fairly dangerous whenever they got the ball, taking 12 shots with six hitting the target.

However, Club America’s quality was far too much for Necaxa and they got two second half goals from Jonathan dos Santos and Roger Martínez which decided the tie. Losing a tie is never a good feeling, especially when it looked like you could get all three points but it’s better to lose like this than to lose in the way their upcoming opponents did on the weekend. Necaxa will have to take the positives from their loss against Club America and build on that.

The forward has scored five goals this campaign and also got an assist in 14 games, which isn’t too bad but could be better. However, in his defense, no one else in the side has managed to score more than one goal. This is simply not good enough with so many games having already been played.

Necaxa have scored just 16 goals all season, which is why despite being in 10th place, which isn’t the worst place to be, they have got a goal difference of -6. There’s nothing for teams to fear when they’re up against Necaxa and half the battle is lost there. The team needs to become more expansive and there’s no better chance to take some risks than against the current version of Club Tijuana.

Away Form Has Been Poor In Recent Weeks

They have only got one win from their last five away matches and they won’t face too many teams worse than Tijuana to improve that. Despite the poor record, they have still managed to get 1.14 points per game away from home, which is more than Tijuana have managed all season at home. If they can’t take advantage of that, they can’t really complain about their position on the table.

How to Watch Club Tijuana vs Necaxa