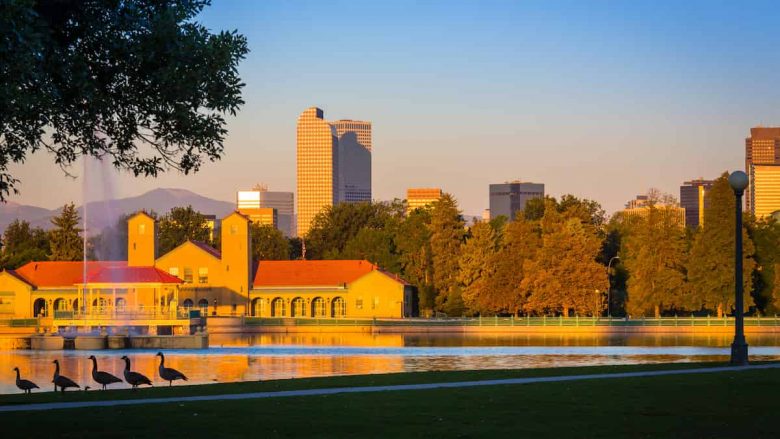 Colorado Division of Gaming Reported a Total February Handle of $440 Million, Down 23% That Second-Month 2022 Total Handle is Up 65% From 2021 Colorado Sportsbooks Lost $2 Million on 2021 NFL Season

Best Bonus for You Here!

CO Division of Gaming Reported a Total February Handle of $440 Million, Down 23%

Colorado bettors have been placing legal sports wagers there since May 2020 and in the current fiscal year since last July through January 2022 they have generated a $3.2 billion handle, up almost 90% from the prior year when that market was only just getting started.

The latest monthly sports betting figures for the Centennial State show a February handle of $440 million, with the NBA the top action grabber attracting $155.6 million in total bets and the NCAA hoops next in line with $68.2 million in total wagers.

Colorado gamblers will put their money on a wide variety of sports, with $24.1 million worth of ice hockey wagers made there in February and $18.9 million on soccer, and with the MLB’s 2022 season finally starting this week, expect plenty of bets to go baseball’s way, as well.

February’s $440 million handle is actually 23.2% less than what was wagered in January when Colorado bettors placed a record $573.7 million in wagers, although that decrease is misleading once you compare that handle to the prior year.

A year ago in February, the state of Colorado generated a sports betting handle of about $267.7 million, so this year’s $440 million handle represents a 65% increase from that past total, a sign that the market is maturing as expected which means more potential tax revenue.

Now the industry enters the MLB season and after the 99 day lockout and subsequent tentative labor agreement, it is go-time for baseball bettors, and that means a full schedule of games and PlayUSA.com analyst Eric Ramsey is relieved, saying:

“The biggest concern for sportsbooks was a big loss in the inventory of baseball games. But with the lockout now over and the primary bet generator during the summer months playing a full schedule, Colorado’s operators can look forward to the first truly normal sports year since the state launched sports betting in May 2020.”

At this point, though, the MLB can only do better than the NFL did in 2021.

The NFL is typically a money maker for most sportsbooks, but in Colorado that proved to not be true for the 2021 season, with PlayColorado reporting that resident bettors placed $34.1 million in total football wagers that season but with $33.4 million paid back to all the winners. This is a loss of $2 million on the NFL. However, profits will likely return once the giveaways are over.

The NFL’s most recent Super Bowl was a big winner for sportsbooks in Colorado who enjoyed $41 million in total wagers on that matchup, which was 31% more action than on last year’s Big Game when bettors wagered $31.2 million in all.

Like with any newer market, it could take time before Colorado’s sports betting operation generates even bigger money and like the other 30+ states who have legalized, regulated, and taxed a similar market the CO residents will benefit from the increased tax revenue that creates.

Best Bonus for You Here