Colorado Avalanche And Edmonton Oilers Predictions. Odds. Where To Bet. 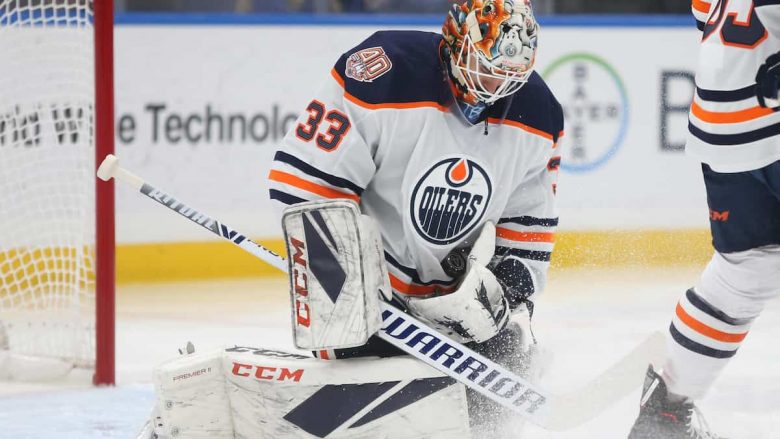 The Colorado Avalanche has a chance to win the Edmonton Oilers. In a single offensive game, the Avalanche won Game One with an 8-6 victory. Each team averaged 42 shots, and 14 combined goals came as a result of it. The game two was slightly different. While the Avalanche defense did well, the Oilers defense was almost nonexistent. The Avalanche scored four goals on 40 shots, and the Oilers were held scoreless on 24 shots. If Edmonton is to stay in the series, they need their top names.

The Colorado Avalanche had an average of 3. 76 goals per game during the season and have been even more offensively efficient in the Playoffs; they are averaging almost 4.6 goals a game and not giving up nearly that many goals. The Avalanche’s offensive performance has been impressive from Cale Makar and Mikko Raantanen to name a few. These players have at least 14 Playoff points in less than 14 games. Cale Makar is the best player in this group. The 23-year-old defenseman is playing over 26 minutes a game and has four goals, 13 assists, and a team-leading +/- of 11. Nathan MacKinnon also performed well in the Playoffs. The average point per game he scores is well above one during the season. He also averages 1. 33 points a game in the Playoffs. He has taken an insane 70 shots in 12 games and has ten goals.

The Avalanche face a difficult goaltending situation. Darcy Kuemper started the majority of their games, but was injured and had to be taken out of Game One. Kuemper did not play Game Two, but backup netminder Pavel Francouz put on a miraculous showing and stopped all 24 shots he saw. Although it is not clear if Kuemper is available to play in Game Three or not, the Avalanche can hope that he will. Francouz can be a solid netminder but Kuemper has more experience.

The Edmonton Oilers won the Second Round in impressive fashion, defeating the Calgary Flames in just five games. They are now down by 2-0 and they need to win this series.

The Oilers have the best duo in the NHL in Connor McDavid and Leon Draisaitl; they combined for 233 points in the season and 57 points in 14 Playoff games. They are almost identical. McDavid’s influence has been much greater. McDavid has a +/- of 17 compared to Draisaitl’s +/- of five. If you think the Avalanche have a tough goaltending situation then the Oilers may be even worse. Mike Smith started nearly every of the Oilers’ Playoffs games, though his performance is inconsistent. Smith can either be one of the top goalies in the league, or the worst. Smith gave up four goals in Game Two. Jay Woodcroft may look to Mikko Kolkinen for this one. The Oilers will be playing at home their first series game. That should give them victory.

HTML2_ The Avalanche displayed what strong defense can accomplish in Game Two. After giving up six goals in Game One, they only allowed the Oilers to get 24 shots in Game Two and held them scoreless. This game will require the same level of energy from Avalanche defencemen.

The Avalanche are converting over 31% of their power-play attempts in the Playoffs and have scored one power-play goal in each of the last two games. The Avalanche must keep drawing penalties and score with a man advantage.

The Oilers are in desperate need of a win but will only get it if they score the first goal and take 40+ shots.

The Oilers play at home so they need to score the first goal. Edmonton must set the tone by scoring their first goal.

The Oilers might have to score 4+ goals in order to win the game. They can only do that by scoring 40+ shots against these tough Avalanche goaltenders.

Nazem Kadri may be 31-years-old, but he is still playing at a very high level. The Canadian center had 87 points in 71 games during the season and has 14 points in 12 games in the Playoffs.

Kadri was credited with three assists in the last game. He needs to keep looking for his fellow teammates. He should not be able to find his team members and create his own shots.

Duncan Keith is currently in the second half of his career, and has seen a significant slowdown. He finished Game Two with an +/- score of 0. Keith played over 23 minutes and did not allow one goal in that time.

Keith needs to continue making good plays. The Oilers may have a shot.

How to Watch Colorado Avalanche vs Edmonton Oilers