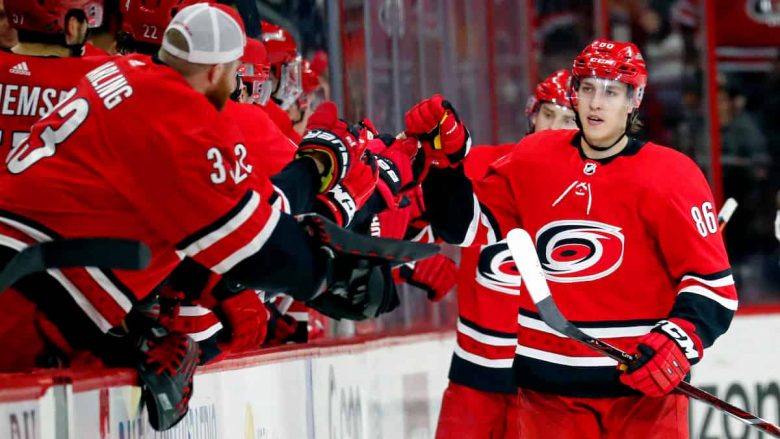 The New York Rangers will travel to Raleigh to face the Carolina Hurricanes in an exciting Game Seven. This series has been back-and-forth, with the Hurricanes winning Games One and Two at home; Carolina has been excellent at home and is yet to lose a game in Raleigh. The Rangers responded by winning Games Three and Four 3-1 and 4-1. Unsurprisingly, the Hurricanes won Game Five at home, but the Rangers struck back in Game Six 5-2.

The New York Rangers pulled out a First Round series win against the Pittsburgh Penguins in seven games. The Rangers were down 3-1 but channeled the 2016 Cleveland Cavaliers (if you do not know the reference, Google it) and won the next three games. New York has continued their strong performance against the Hurricanes but have been the underdog in most games. New York is yet to beat the Hurricanes at home and will need to adjust their strategy if they want to shock the NHL and win this game.

The Rangers have seen strong performances from Mika Zibanejad, Adam Fox, Andrew Copp, Artemi Panarin, and Chris Kreider in the Playoffs. These five players have combined for 61 points and taken on most of the Rangers’ offensive load. They need to come into this game with the mindset that they are playing at home and have a crowd cheering for them. PNC Arena is an incredibly tough stadium to play in, so the Rangers need a different perspective.

Igor Shesterkin has gotten the nod in almost every Rangers’ Playoff game and has not disappointed. He has seen over 36 shots a game in the postseason and is only allowing a little over 2.7 goals. His performance has been a little worse on the road, so he needs to step it up in this game.

The Carolina Hurricanes have a more talented roster than the Rangers, but they have not been able to win on the road in the Playoffs. They beat the Boston Bruins in Round One in seven games and are now going through the same process in this round with the Rangers.

The Hurricanes have not been very impressive in this series. In their three home wins, they have only scored seven combined goals. However, they have only given up two goals. This game will fall on the Hurricanes’ defense. They had a top-five defense during the season and will need them to step up in a big way in this Game Seven. The Hurricanes do not only require huge performances from starters Tony DeAngelo and Jaccob Slavin, but they also need second-liners Brady Skjei and Brett Pesce to show out.

Hurricanes goaltender Antti Raanta has been the surprise of the Playoffs. Raanta only played in 28 games during the season but has taken over while Frederik Andersen recovers from injury. He has only given up 23 goals and 12 games and is largely responsible for keeping Carolina in the Playoffs.

The Hurricanes have not lost a home Playoff game, and I do not expect them to in this game.

The New York Rangers will face an uphill battle in this game but will come out on top if they draw penalties and take more shots than the Hurricanes.

The Rangers have scored 11 of their 42 goals on the power-play; they are scoring on almost 30% of their power-play attempts and making teams pay when they have a man advantage. The Rangers have to draw penalties to give themselves scoring opportunities.

The Rangers are averaging a measly 22 shots in their three games in Raleigh. That is simply not an acceptable amount and does not give them enough opportunities to score. They need to ramp up their shooting efforts and take more shots than Carolina. That is the only way they will outscore the Hurricanes.

The Carolina Hurricanes are the favorites but will only move on to the next round if they score the first goal and slow down Mika Zibanejad.

The Hurricanes have the home crowd on their side and need to harness their energy by scoring the first goal. If they strike first, the momentum will shift in their favor and push them to victory.

Mika Zibanejad is leading the Rangers in Playoff goals and has a lot of assists. He will likely be the Rangers’ most dangerous offensive player, so the Hurricanes have to slow him down.

Shesterkin has played quite well in the Playoffs, but he allowed three goals in Game Five in Raleigh. He will be tasked with saving a lot of tough shots in this game and will often be New York’s last line of defense. If he does not play exceptional hockey, the Rangers’ season will be over.

Jaccob Slavin is the Hurricanes’ top defenseman and a top-20 defenseman in the league. He has to play up to his potential in this game and slow down players like Mika Zibanejad and Andrew Copp.

How to Watch New York Rangers vs Carolina Hurricanes