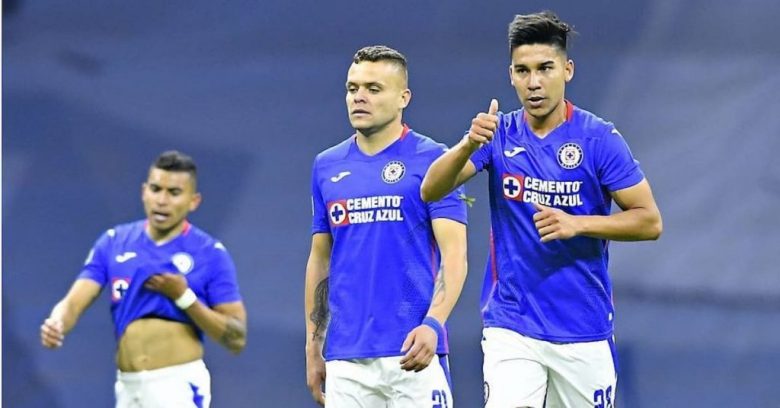 Cruz Azul to win or draw

To learn more about how to bet on soccer, check out our guide.

Cruz Azul and San Luis are comfortably in the playoff places but still have a lot to play for. Both sides are yet to secure their places and could slip out of the top 12 if they are not careful.

Cruz Azul are 7th right now and will need a win to have any chance of making it to the top 4. They would be 4th with the three points they earn this weekend, which will give them automatic qualification for the quarter-finals.

San Luis are 10th in the league and in danger of slipping out of the playoffs if they drop points from either of their last two games. They have 20 points from 15 games so far and are just a point above 12th placed Club Leon, who sit in the final playoffs spot. Toluca, who are 13th, are looking to make the most of any side slipping up and can go above San Luis if they win this weekend, and San Luis don’t.

The previous meeting between these two sides ended in a goalless draw, and it was the first time ever they shared points while playing against each other. Cruz Azul has won 3 of 5 meetings while San Luis won 1.

On current form, it’s San Luis who are the better team. They are the one that will have to lift the weight of this fixture as it’s their last league match. It will not be easy to do so against Cruz Azul who have just three more games before they reach the quarter-finals. The home team will win this match, we believe.

Cruz Azul Need A Win For Their Top 4 Ambitions

Cruz Azul have slipped up in recent weeks, and that has resulted in them not making the most of the others dropping points. Their last chance at the top 4 is still available, and they must win this match to do so.

Azul have not been at their best in the last eight matches and have picked up just two wins. In that span, they have only managed to draw in four of their eight matches.

They made a good start to the season with four wins and a draw in their first six matches. Their form has been inconsistent since that point, which has led to them falling down the table, after being once early contenders for first place.

Since the loss to Santos Laguna, Azul have found it hard to pick up points. Santos’ Harold Preciado won the first half with a goal. Jose Rivero then equalized the score in the second. Although the game looked set for a draw at one point, Laguna won with three points thanks to Diego Medina’s last goal.

Azul went on to draw their next match against Tigres UANL, and that was one of their best results of the season. They were 2-0 down after the first 30 minutes because of goals from Andre-Pierre Gignac and Juan Vigon. The momentum was changed by Luis Abram’s injury-time goal at the end of the first period. Jose Rivero managed to seal the point deep into injury time of the second half, but the display in the final 45 minutes was brilliant and a sign of a team that was here to compete.

They could not replicate that against Puebla immediately after, however, and ended up losing 3-1. Juan Escobar scored one goal between Fernando Aristeguieta’s and Puebla’s stars’ goals. Aristeguieta scored his hat trick in the second period, while Azul did not reply.

Azul bounced back with a win over Pumas UNAM after putting up a fight. Luis Abram took the lead, but Pumas were able to draw level in just seconds due to Favio Alvarez’s goal right from kickoff. Juan Escobar scored again for the host side and it was enough to secure a 2-1 victory.

Pachuca, who are set to finish on top of the table, were matched well by Cruz Azul, but the league leaders stole the three points. Erick Sanchez was the first to score, while the opposing side did not respond.

Since then, they have won against Atlas and lost to Guadalajara, and drawn to Mazatlan. This means that it’s impossible to predict which Cruz Azul version will be on the field at any given time this season. Their only obstacle is themselves. They are capable of becoming a top four team.

San Luis were down and out after the six games as they had picked up just three points. They were bottom of the pile and no one expected them to make the playoffs.

But San Luis have won five of their last nine games and lost just twice. Their win over Monterrey was the catalyst for their fortunes changing and they haven’t looked back. Abel Hernandez and Jhon Murillo scored in the win, even though neither team had a lot possession.

Despite going 2-0 up early in the game, they drew to Guadalajara in their next match. They were not able to defend in the second period, so the away team won with a point.

Puebla were on top of their game when they visited San Luis, and they were stunned. Juan Manuel Sanabria gave the home team an unexpected lead in the first period, before Martin Barragan tied the game with just minutes remaining. Efrain Orona helped San Luis to win, but they did not lose heart.

They did lose to Queretaro and Club Necaxa in the following games, but the wins over Mazatlan, Club Leon, and Pumas have given them a lot of confidence to finish in the playoff spots. Although they have a chance to make it to the top 4, there are still many things that need to happen. They will also need to win the remaining matches. That is, perhaps, what will be on their minds as they head into this fixture, but the stakes are high and there will be pressure on them that could restrict them to just trying to seal a top 12 finish.

How to Watch Cruz Azul vs San Luis