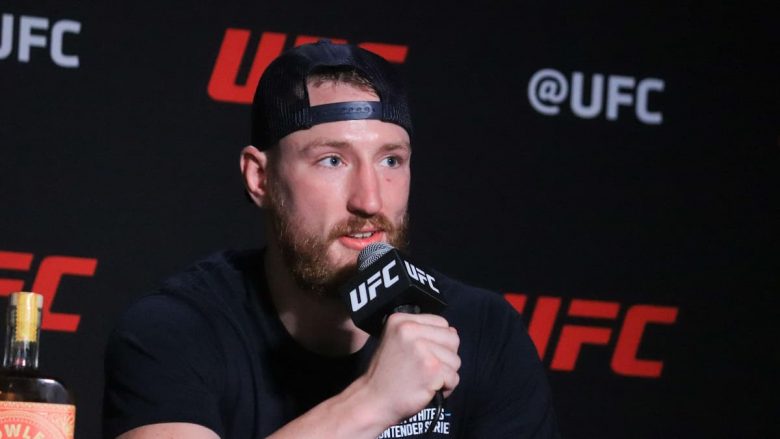 Thomas “Juggernaut” Paill is a notorious first round finisher from England and has been fighting on the UK regional scene since 2014.

His current three fight winning streak which took place under three different fight promotions, consists of three knockout finishes with his most recent fight ending in just over a minute.

The “Juggernaut” will definitely have his hands full when he faces Esteban “El Gringo” Ribovics, an Argentinian all rounder, currently on a ten fight winning streak with five knockouts as well as five submissions to his name.

Ribovics’s most recent win was also a first round knockout finish which happened just twenty-seven seconds into the opening round.

Expect “El Gringo” to go for a submission finish in the opening round as Thomas Paull has lost twice by submission.

Esteban Ribovics to win by first round submission

All but one of Ribeiro’s wins have come by way of knockout with the vast majority of those happening in the first round, while his two defeats were a submission loss in his MMA debut as well as a split decision loss in his sixth professional fight.

Much like his opponent, Ivan “Bam Bam” Valenzuela has finished all but one of his victories via first round knockout while his one loss came by way of unanimous decision.

This matchup has all the potential to be the most exciting fight of the night and since Valenzuela has the age advantage as well as never having been finished before, he has the slight edge.

Ivan Valenzuela to win by KO/TKO/DQ in round one

Undefeated in his last fourteen bouts, Jack Carthwright has all the momentum going into this shot at a UFC contract.

He started off his mixed martial arts career on the European and British regional scene before making the step up to Cage Warriors, the UK’s leading MMA promotion.

With seven submissions and three knockout wins to his name, Cartwright will be looking to extend his winning streak to eleven with another finish on the Contender Series.

Jose “Lobo Solitario” Johnson on the other hand, is incredibly well versed when it comes to striking, with an astounding twenty knockout wins to his name if you combine his amateur and pro mixed martial arts records.

Johnson has all the octagon experience necessary going into this one, having had thirty seven amateur fights before transitioning to pro.

This will be Johnson’s second shot at a UFC contract after having lost his first Contender Series fight vs Ronnie Lawrence back in 2020.

Jack Cartwright to win by KO/TKO/DQ in round one

Hailey Cowan made her pro mixed martial arts debut on LFA 40 and seven fights with the promotion before making the switch to Invicta FC where she won her most recent fight vs Monica Franco by second round rear naked choke.

While Cowan is a submission specialist, she also has a first round knockout, as well a second round head kick knockout to her name.

Her opponent, Claudia Leite, also won her most recent first by submission, but her rear naked choke victory came in the fifth round.

Leite fights in the Muay Thai stance and tends to patiently wait for the right moment to strike or shoot for a takedown.

Expect Hailey Cowan to look for an early finish in this fight due to the fact that Claudia Leite tends to be a slow starter.

Hailey Cowan to win by submission in round one

Fighting out of Brooklyn, New York, Nazim Sadykhov started off his mixed martial arts career with an undefeated amatuer record before making the switch to pro.

He made his pro MMA debut at Ring of Combat 66 where he suffered his only loss to date, a first round rear naked choke submission.

Since then, Sadykhov has put together six wins in a row including four knockouts, the most recent of which came in the opening round of his fight vs Joe Boerschig at Fury FC 59.

His opponent, Ahmad Suhail Hassanzada has one punch knockout power and a solid wrestling base to go with it.

Hassanzada fought most of his pro MMA fights in Afghanistan before signing with a one fight deal with the LFA, where he won his debut vs James Wilson via unanimous decision.

Considering the quality of previous opponents and current sparring partners available at Long and Weidman MMA, Nazim Sadykhov should have the edge over his opponent.