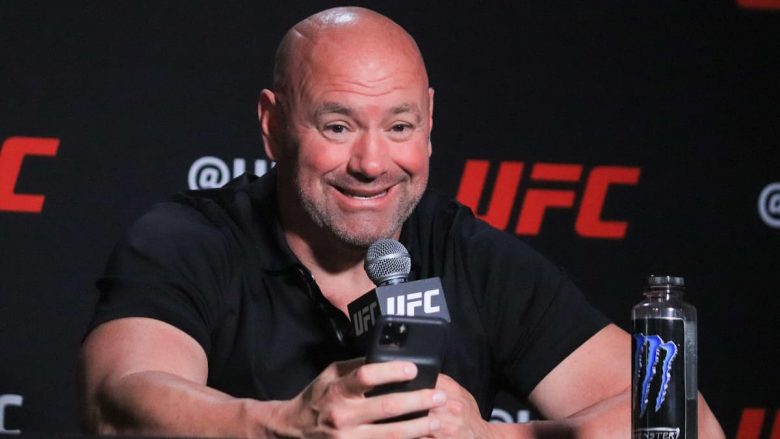 The Contender Series week three main event features a matchup between a kill or be killed striker and a highly decorated wrestler and grappler.

Zachary “The Dragon” Borrego really put himself to the test during his time as an amateur fighter where he gained some valuable experience losing three and winning three of his fights.

Since making the move to pro competition however, Borrego has a perfect undefeated record of 3-0-0 including two first round knockouts and a decision win in his most recent fight at Fury FC 65.

Three time NCAA champion Bo Nickal is ready to step up his level of MMA competition after a successful wrestling career.

Last year he had his first taste of mixed martial arts with two amatuer fights, the first of which he won by first round guillotine choke followed by a first round KO win in his next and final amatuer fight.

He made the step up to pro MMA just two months ago where he defeated John Noland at iKON FC 3 in just 33 seconds.

Both fighters will be itching to get the fight finished early and although Bo Nickal has the grappling skills to get a submission, he might be looking to make a statement with a knockout in this fight considering he has barely used his grappling at all so far in his MMA career.

Bo Nickal to win by KO/TKO/DQ in round one

Paulo Renato Jr started off his MMA career fighting in the Rio Grande do Sul regional in his home country of Brazil.

He has an impressive record of 10-1-0 and the vast majority of his wins came by way of knockout.

Renato Jr recently featured in the main event of Inside Fighter League 5 where he defeated Gilson Cardoso by KO in the opening round, earning him a spot on this week’s contender series episode.

Jamal Pogues makes his second appearance on the show after having defeated Marcos Brigagao by unanimous decision on the show in 2019.

Dana White was not impressed by Jamal’s performance that night and thus “The Stormtrooper” was not offered a UFC contract that night.

Right after his contender series win, Pogues headlined LFA 82 and faced Alex Polizzi who defeated him by heel hook submission in round four.

Pogues has since bounced back from the defeat with a unanimous decision win over Tim Hiley in a three round bout at LFA 91.

Overall both fighters have faced a similar level of competition and stylistically Renato Jr is a faster starter than Pogues, and he should be able to pull off an early knockout over his opponent.

Anvar Boyznazarov had a long kickboxing and muay thai career before making the transition to mixed martial arts in 2020.

“The Uzbek” is a fantastic striker and even boasts a decision win over Giga Chikadze on his kickboxing record.

All the striking experience has definitely paid off because so far Boynazarov is undefeated in pro MMA competition with every one of his three fights ending via first round knockout.

As good as Boynazarov is at striking, his opponent “King” Erik Silva is a grappling specialist who has won his last four fights via first round rear naked choke submission.

While both fighters are prolific first round finishers, Silva has faced much better competition in his last few fights while Boynazarov was up against beginner level fighters in his last three fights.

Erik Silva to win by submission in round one

Clayton Carpenter has a wealth of experience in mixed martial arts going back all the way to 2015 when he made his amateur debut.

He is undefeated as a pro and defeated his last two opponents by first round knockout under the LFA banner.

Edgar “Pitbull” Chairez also started his amateur career around the same time in 2014 where he fought on the regional scene in Mexico before moving on to the larger south american MMA scene for the majority of his pro career.

Chairez is a submission specialist but interestingly finished his last two opponents at Combate Global and Naciones MMA 3 by knockout.

Unlike his opponent, Carpenter has never been finished and his only loss, a split decision, came during his amateur days.

“Pitbull” has two submission losses to his name so look for Carpenter to wait for an opening and expose that weakness.

Clayton Carpenter to win by submission in round one

We start off Tuesday night with a women’s strawweight matchup between two durable fighters who have not been finished in pro mixed martial arts competition.

The “Peruvian Zombie” Sandra Lavado started off her mixed martial arts career on the regional scene in Peru with a first round armbar submission win.

She has so far put together a record of 10-2-0 fighting all over south america and her two losses came by way of decision.

Both of Lavado’s losses were handed to her by one opponent, undefeated fellow Peruvian strawweight “La Salvaje” Karla Elizabeth Sanchez Lozano.

“Polish Assassin” Karolina Wojcik has made a name for herself dominating opponents all over Europe and the United Kingdom.

Just like her opponent, both of her losses came by way of decision, and one of those losses was to current UFC fighter Cheyanne Vlismas.

Wojcik earned her spot on the card with and impressive run of decision wins at Polish MMA promotion KSW over Sylwia Juskiewicz and Aleksandra Rola consecutively.

Look for Wojcik to keep the pressure up on her opponent for the opening two rounds before Lavado seeks a submission in the third.

Sandra Lavado to win by submission in round three