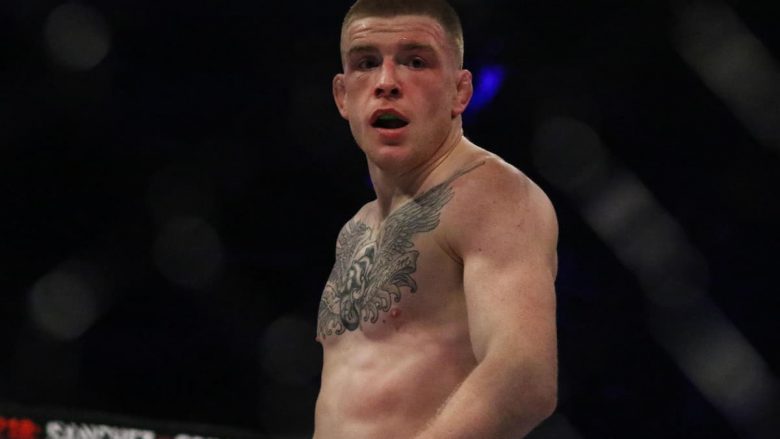 The odds for this bout are provided by by bet365. Click on the odds below to place a bet.

Charlie Campbell enters this bout riding a five fight winning streak which he put together on the regional scene fighting at promotions such as Bellator and CFFC.

He has displayed vicious leg kicks on more than one occasion and even won two of his professional MMA fights by leg kick TKO.

Campbell has faced a decent level of competition throughout his career so far, but It was his first round knockout win over Guillerme dos Santos at CFFC that earned him this shot at a UFC contract.

Campbell’s opponent, Scottish lightweight fighter Chris Duncan, makes his second appearance on the contender series after falling short on his first fight one the show.

He was finished in the second round of his contender series fight against Viacheslav Borschev who knocked him out with a left hook.

Campbell was an undefeated pro leading up to that fight, and even won the following fight at UFL 8 where he defeated Jonathan Carlos by unanimous decision.

For the most part, these two guys are fight finishers with an appetite for knockouts so this fight will most likely take place within striking range.

Charlie Campbell to win by KO/TKO/DQ in round one

Shannon Ross is a veteran of the sport and has been competing in pro MMA fights since way back in 2010, starting off on the regional scene in Australia.

He has several knockout and decision wins on his record and prefers to keep the fight on the feet whenever possible.

His most recent fight was two years ago on the main card of UAE warriors: 14 where he defeated Donavon Frelow by unanimous decision.

His opponent, Vinicius Salvador has an almost identical level of experience in mixed martial arts competition and has competed on the regional scene in Brazil since 2014.

Salvador utilizes a combination of kickboxing and muay thai to break his opponents down in search of a knockout finish.

Both of these fighters have lost by submission so expect them both to be reluctant to take things to the ground.

Both fighters enter the UFC’s apex with undefeated records on the line and are both up against their toughest respective opponents to date.

Francis Marshall has a couple of knockouts on his amateur record but four of his five pro wins came by way of rear naked choke, alongside a single unanimous decision win.

Connor Matthews is also a master of the rear naked choke and has finished the last three of his five opponents with the Brazilian jiu jitsu submission.

With both fighters specialising in submissions, they may cancel each other out in the grappling department and end up having a wild scrap on the feet.

Francis Marshall to win by submission in round two

Yet another potential barn burner lined up here in the second fight of the night between a Dominican boxing specialist in Waldo Cortes-Acosta, and Danilo Suzart, a Brazilian powerhouse notorious for first round finishes.

Cortes-Acosta started off his MMA career on the regional scene in south america before recently having a two fight knockout streak on LFA.

Danilo Suzart is currently on a good run of form after bouncing back from a majority decision loss back in 2019, and his current three fight winning streak includes two first round knockouts as well as a decision win.

Both of these fighters like to keep things on the feet so expect a knockout when these two heavyweights collide on Tuesday night.

To start off the event we have a matchup between yet another pair of skilled strikers with several finishes recorded on their pro MMA resume.

Billy Goff won his last three fights by TKO and will likely be looking for more of the same in this, the most important fight of his career.

This is Smotriski’s second shot at a UFC contract since losing to Mike Mallot by first round guillotine choke submission on the contender series last year.

Billy Goff to win by KO/TKO/DQ in round two