Del Mar Futurity: The Expected Favorite Of The Three Will Be The Recent Debut Winner Cave Rock 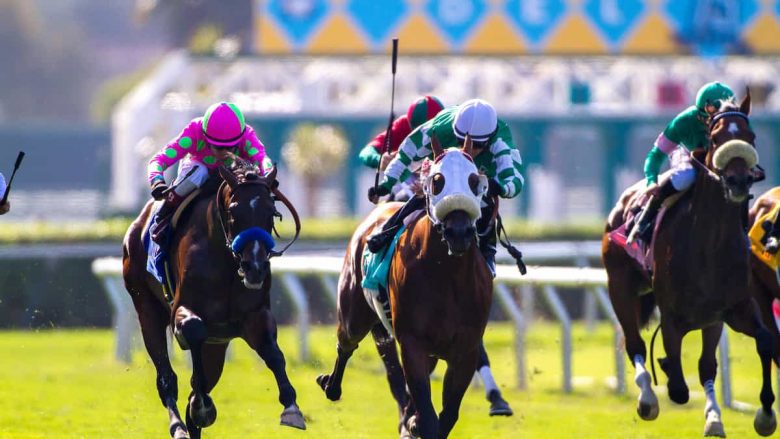 In search of his 16th victory in the race, trainer Bob Baffert will send out the formidable trio of Cave Rock, Havnameltdown and Newgate to headline Sunday’s Grade 1 Del Mar Futurity at Del Mar.

The expected favorite will be Cave Rock, the debut winner. A $550,000 yearling purchase, the son of Arrogate won his first race by six lengths for Baffert.

Havnameltdown is, however, the only stakes winner unbeaten in this field. The son of Uncaptured and bred in Florida, Uncaptured won the Del Mar meeting twice.

He earned a debut win in July in a fast 5 furlong maiden race, before coming back to account for the Grade 3 Best Pal Stakes on August 14 by 2 1/2-lengths.

Finally, Newgate may be any type for the Hall of Fame trainer. An $850,000 yearling purchase, the son of Into Mischief was a good-looking debut winner at Del Mar six weeks ago. If Baffert’s dominance in the Del Mar Futurity 7 furlong is to be determined, then the top contenders for the upset are Agency, Classical Cat and The Big Wam.

In his only start he romped home by six lengths in very fast time as the 6-5 favorite in a field of nine on August 13. This Baffert-trained, juvenile winner was the son of champion Arrogate. He received gaudy speed figures in his debut victory.

A repeat performance is likely to get him back in the winners circle on Saturday. The field in front of him will be more challenging. The impressively-looking bay is sure to do even better at Del Mar’s second attempt.

There will be greater speed pressure, but as good looking as he was three weeks ago I expect him to declare himself the top California contender for November’s Breeders Cup Juvenile at Keeneland. This is his top choice.

Also trained by Bob Baffert, this son of Uncaptured is the only entrant with a graded stake win. Three weeks ago, he won the 6 furlong Best Pal Stakes(G3) at Del Mar by 2 1/2 lengths. He ran in front-running style.

Note that Juan Hernandez (the Del Mar’s leading jockey) will be riding him in this race instead. It will be fascinating to see which of his stablemates decides to give up the lead.

With his wins at the track, it is clear that he poses a threat, however, this race will present a greater challenge as he will have to push his speed further against a stronger field.

The third of three from Baffert, he was an $850,000 Keeneland yearling purchase and is also undefeated. He won his only start by 3 1/2 lengths when debuting at Del Mar on July 30. He could make a big step in his second career start if he had a bit more time than his stablemates.

He also demonstrated the ability to pass horses in his solid win going 5 1/2 furlongs after tracking well early fractions. He should be able to stalk and attack in races with a lot of speed.

He doesn’t have stakes experience like his stablemates, nor the vast number of them, but he seems to be a horse that is destined for great things. He is my number one pick.

Classical Cat This son of Mendelssohn seems to have chosen a challenging spot for his second career. He is drawn to the rail at a high speed and will require some trip stalking from his inside.

Trained by Phil D’Amato, he was a good-looking winner of his only start, when he came from third to put away his competition at Del Mar by 2 1/2-lengths on August 20.

It’s possible that he will move on from that maiden win of 5 1/2 furlongs. However, I have greater confidence in some others in this spot.

This son of Bolt d’Oro was a $400,000 2-year-old in training purchase in March. In his June debut for Mark Glatt, he overcame some difficulties to win the Santa Anita Park maiden race.

After his nice maiden victory, he went to Del Mar. He was a bit slower than usual but couldn’t challenge Havnameltdown who finished second in the Best Pal. He stretches to seven furlongs this Saturday so there should be more pace.

With the extra pace to prepare his rally, and an additional furlong in Del Mar Futurity I think he will have a good chance to make it to the exotics at wire.

The Big Wam This son of Mr. Big is one of two winners of stakes in this field. With two wins and two second places, he’s been in the starting line four times.

Most recently, the Washington-bred came from off the pace to win the Graduation Stakes on August 12 at Del Mar. It was only open to California-sired horses as part of the Golden Stakes Series races.

He is clearly a good horse, who has had a tough career sprinting, with two wins at Del Mar. But, I feel that the Grade 1 competition may have more talent to him than his usual.

One of two maidens in the field, this son of Good Magic will need to show big improvement for trainer Doug O’Neill, who has won this race twice.

Fourth in his career debut at Del Mar eight days ago. He started slowly but gained ground over the course of the afternoon.

He looks like the most likely longshot to be a big player in the Del Mar Futurity. There are many options, however, that I prefer to seriously consider.

Another son of Bolt d’Oro. This one won Turf Paradise in Arizona, breaking his maiden. He then headed north to compete in a few stakes races in Southern California.

He finished fourth in Santa Anita’s Fasig-Tipton Futurity, then came back to place fourth behind Havnameltdown for the Best Pal. Both of these races were a big win for him and he will be in the Best Pal again Saturday.

I think the blinkers will allow him to stay close early on, but it is hard for me to recommend him against such talented colts.

A $510,000 2-year-old in training purchase in April, this son of Curlin was not quite ready for primetime when he finished fifth in his debut which came seven weeks ago at Del Mar.

Undeterred will get him an opportunity to take part in the Grade 1 test with his old friends C R K Stable, and John Shirreffs in his second career debut. This placement shows confidence in the young, well-bred colt. He’s shown great promise and could be a good colt. However, I don’t think he will make enough noise to warrant a serious appearance in the Del Mar Futurity.

How to Watch the Del Mar Futurity