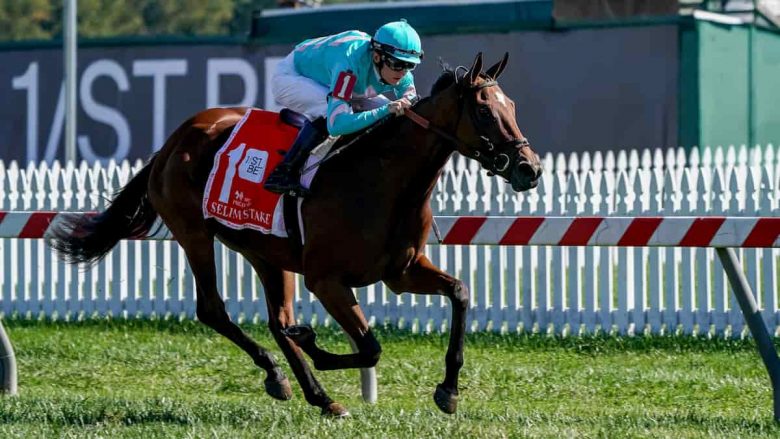 , , , , , , , , , , . Delaware Oaks Predictions, Race Analysis This filly from Gun Runner is a seasoned one against strong competition and should be able to go back to winning ways. After facing solid fillies in her last two, she will likely to get the third.

She was successful in her three starts and she ran 7 furlongs. She should be able to run a good race with the speed in this track. I do not expect her to have any problems with the extra distance.

Looking back on her four previous stakes runs in New Orleans, and New York she seems strong enough to handle a Delaware Oaks field with weak horses. She’s the best choice.

The second choice on the morning line has burned a lot of money after romping in two straight last year at Churchill Downs. Low odds led to three consecutive defeats. She was running very well and showed a lot of speed early on, however, her performance has been inconsistent in recent races.

If she can get back to running quickly early it will increase the pace for this race. She may be able to bounce back from two disappointing starts, but I find it difficult to support her given her current form. I will be beaten by her.

Midnight Stroll This daughter of Not This Time won two races down at Tampa Bay Downs, before moving up to Graded Stakes Company in the Grade 2 Black Eyed Susan. She was not able to overcome a strong field after being checked early.

Here she is able to find a slightly easier track and has better luck racing. She should therefore be considered a contender from the beginning. She is definitely one of many who enjoys the fast pace.

I’m willing to let her go for this last, though it will be difficult with lots of people early. Although I am expecting a better effort, I can’t support her for the top.

Morning Mixa This experienced Central Banker daughter is the true late runner. This should give her an edge as she seeks to achieve success in the graded stakes division.

She is trained by Butch Reid Jr. and comes to the Delaware Oaks from a turf sprint. She didn’t accomplish a lot on that day, but that should make her ready to go for the Delaware Oaks. She had already proven her ability to perform in stakes.

This field looks the lightest of her graded efforts and she should be able to take advantage of the dynamic pace. She is my top choice.

The real wildcard of this field, this one comes from South Florida with a perfect record in only two career starts. She was trained by Saffie Joseph Jr., who is always dangerous. Both wins were on the synthetic Gulfstream track.

Her career started well enough to make it seem like she would be able to compete at this level, however, it is hard to say. She looks like one among many who are competing for the first pace.

A consistent speed horse, this one may find herself part of a contested pace as she makes her second career stakes start. She lost her first start two years ago when she was unable to finish the Weber City Miss At Laurel stretch.

A nice bounce back effort earned her her second career victory. Although she may be the fastest, her propensity to quit late and give up makes her an ineligible play for me.

There might be some good value on this gray daughter of Mohaymen as she makes her stakes debut on Saturday. She is a two-time winner, and has run on three tracks. Her last out victory was at Delaware Park’s main track.

She was defeated by Chardonnay just two starts ago, but this was her second career start. Although I do not love speed horses, her improvement may allow her to be more aggressive. She is a familiar and experienced rider on the track.

This well-bred daughter of Ghostzapper comes in off a maiden breaking performance last time against a four-horse field at Monmouth Park where she was sent off at odds of 1/10. She didn’t win much at Monmouth Park, so it’s safe to say she did not beat many.

She has the potential to win and it was a pleasure to watch her win in her fourth career race. Although she is still capable and has a bright future, the substantial increase in class will probably be too much for her.

How to Watch the Delaware Oaks