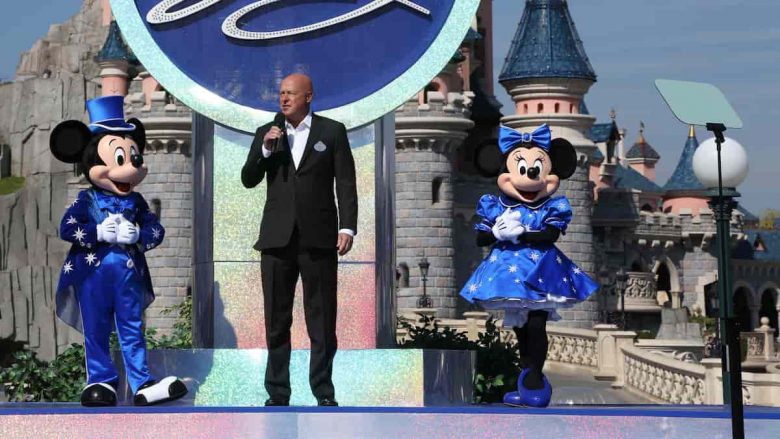 Disney CEO Admits Company is “In Conversations” with Multiple Sportsbooks

The Walt Disney Company is so big – $203.6 Billion huge – that whenever they decide to do something it becomes news, and the fact that they seem to be heading towards adding sports betting to their mix is as interesting as it gets when it comes to odd bedfellows.

But installing betting kiosks on Magic Mountain is not the plan; according to Disney CEO Bob Chapek, the idea is to add a sports betting element to one of its holdings – ESPN – and embrace this new multi-billion dollar industry in a way that will please its shareholders.

In a recent Q3 Disney Earnings call, CEO Chapek explained why his diverse company was embarking on such a daring new ride:

We think sports betting is important. We’re working hard on it, and we hope to have something to announce in the future in terms of a partnership there that will allow us to access that revenue stream and also make sure that our guests are being – having their needs met.

It makes sense – legal sports betting is no small world, after all, but instead a multi-billion dollar US industry that the ‘kids’ all seem to be enjoying more and more.

Companies like Disney stay relevant for long fiscal periods because their leaders pay attention to the most recent trends, and they have no doubt noticed how popular legal sports betting is becoming ever since the US Supreme Court overturned PASPA in 2018.

Now each state is able to legalize, regulate, and tax its own sports betting market, and younger fans and gamblers are loving it, and Disney CEO Chapek’s team has noticed, saying:

We have found that basically our sports fans that are under 30 absolutely require this type of utility in the overall portfolio of what ESPN offers.

That’s because when it comes down to the essentials, Disney is an entertainment provider, and as ESPN VP of Sports Betting & Fantasy Mike Morrison points out, the ability to bet on the games you are watching makes that already fun activity even more entertaining, saying:

Industry research supports that a majority of bettors are more likely to watch a game if they have a bet on it. For us, it’s another form of engagement. The betting experience compliments the fan viewing experience by keeping them focused on the game.

And it doesn’t hurt Disney that they already have a popular pathway into that market via their ESPN offerings.

Any fan of pro or college sports has heard of the ESPN network, launched in September 1979, it became the go-to channel for sports fans in the post-three-TV-channel age, when cable TV allowed them to see more than just a few of their favorite teams and players each week.

Now all those viewers could be given the option to place wagers on the games that ESPN is airing – a fun addition to the game that gets the viewer more involved in the action – it’s the future of sports that the Disney front office is looking forward to adding to its many offerings.