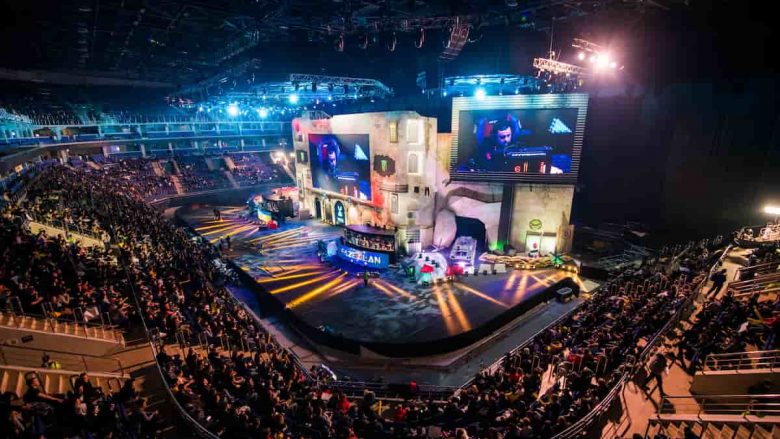 Into The Final Week As Action Intensifies

We are into the final round of the ESL One Spring 2022 in North America, and we have got a mouth-watering prospect in store as Quincy Crew take on TSM in a battle of heavy-weights. TSM currently lead the standings, with an all-win record. Quincy Crew is tied for second place with five wins.

It is important for teams to finish in the top-two because only those many slots are on offer for the upcoming major – ESL One Stockholm 2022. It is currently a three horse race. The final week is crucial. Which team will prevail? Who will win?

If TSM defeats Quincy Crew, then a place in the Major will be assured. Quincy Crew could be affected by this as they finish the season with a record of 5-2 wins-loss. The fate of Quincy Crew could rest on their final league match between Evil Geniuses or Team DogChamp.

If Evil Geniuses prevail, as most believe, then they will become the second qualifier. If DogChamp is victorious, there will be an elimination between Evil Geniuses (or Quincy Crew).

If Quincy Crew defeats RSM, both teams will have a record of 6-1. Evil Geniuses will feel a lot of pressure. TSM or Quincy Crew can secure entry to the Major if they lose.

Things may move towards a tiebreak if Evil Geniuses wins. This will result in a three-way tie between TSM and Quincy Crew, which will open up points for Evil Geniuses, who will all have six wins and one loss. It couldn’t be more perfect to end the week.

They completed the game in 22 minutes on red and 29 in green, with Quinn “Quinn” Callahan leading the way with proficiency of the kind you seldom see. He had a kill-death-assist ratio of 14.5-2-8. After a defeat of Evil Geniuses by 2-0, it was a way to rebound.

The loss was especially deflating as they were given the beating they gave to simply TOOBASED. Evil Geniuses took all of 29 minutes on red and 27 minutes on green, with Russia’s Egor “Nightfall” Grigorenko finishing with a kill-death-assist ratio of 8-0.5-12.5 respectively.

TSM, however, defeated Evil Geniuses in an intense game. After TSM won the first map after much hard work in 47 minutes on the red, Evil Geniuses didn’t take long to find their bearings to level proceedings. In what was an arm wrestle at best in the decider, with no side going all-out aggressive, perhaps watchful of a misstep costing them big, TSM prevailed in a 47-minute mount with Enzo “Timado” Gianoli O’Connor finishing with a KDA of 8-2-4.

There are one-sided contests and then there’s this.

One that’s so hopelessly unfair that it might be pulled off the field midway, if there were a way. You can also see the story in the odds. DogChamp is currently at the bottom with only one win from six games. Each loss has been more devastating than the previous.

Against an evil force like Evil Geniuses such forms can have debilitating effects even before the players get to playing. Evil Geniuses see it as an incentive to get rich and try to occupy first or second place. This is not a pipe dream.

DogChamp was defeated simply TOOBASED three weeks ago. A side that has been riddled with plenty of self-doubt and inconsistency ran them hard, with DogChamp taking the first game in 42 minutes.

They bounced back in style to nick the second one in 33 to close out the game. Denis “Stonebank” Korzh, Eric “Ryoya”, Dong were outstanding with their offensive skills. The team is still struggling despite one win.

Originally formed for the DPC in 2021, DogChamp have managed to quickly break into the elite division but have struggled when they’ve played against the top teams. Their players were part of the BTS Pro Series in America, as well as several low-ranking tournaments.

Their current level of play is far below theirs, which makes it more difficult for them to make significant gains. This explains the reason why they are facing such a daunting task going into this match. They have been unable to match the top teams for the longest time. It seems impossible to win the season. It would be a good idea to challenge Evil Geniuses to their limits.

This is the final clash of the Dota Pro Circuit Western Europe Division-1 for both sides, and it’s quite a compelling contest that no side has favourites. Liquid currently sit third, with a 4-2-2 win-loss record. Gladiators have five wins and one loss. After nearly five weeks without a break, it is possible that the match to the end of week six will decide the winner and the one who goes on to Stockholm.

That the Gladiators have risen to become a force in Division 1 is the stuff dreams are made of. They went from being the underdogs of Division 2 to becoming the top European team when they won the DEC Western Europe regional final.

Success has not been achieved overnight. This has required a lot of team building and continuity, as well as backing. These are the keys to the success of unheralded young stars like Melchior Seleri Hillenkamp and Marcus Hoelgaard. Ace, once an important carry for Team Secret, has managed to improve his game several notches at the Gladiators just as Seleri.

Team Liquid has not built an impressive presence overnight. The trigger was a slew of poor results that forced a shuffle in 2019. Even as recently as 2021, they struggled. They were able to get into the Singapore Major, WePlay Animator but didn’t make it that far and couldn’t earn enough points to be invited.

Even at the qualifiers for TI10, they were shown the door by Team Nigma. This proved to be a springboard for even better results. Lasse Aukusti “MATUMBAMAN”, Ludwig “zap”, Wahlberg, from Secret was also a pivotal moment.

How to Watch Dota 2 NA-EU Division