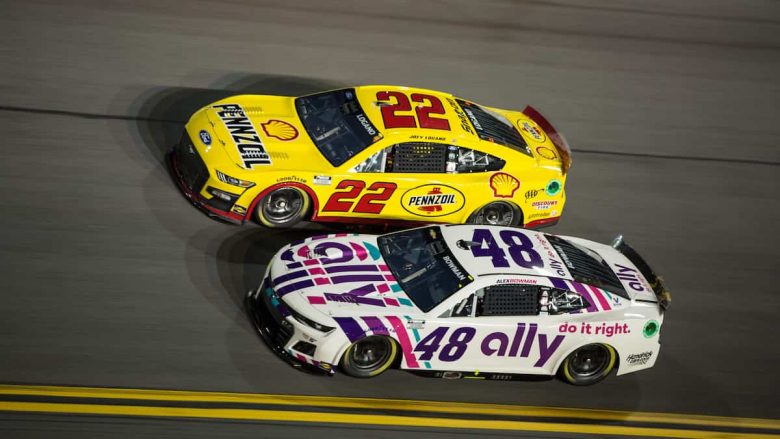 , , , . After last Sunday’s Free-for-All at Talladega Superspeedway , the NASCAR Cup Series moves to Dover Motor Speedway. This demanding track is high-speed concrete, which will test the best stock car drivers.

Sunday’s DuraMAX Drydene 400 will be contested over 400 laps (400 miles), with stage breaks scheduled after 120 and 250 laps. The defending champion of the race is Alex Bowman.

Local Hero Martin Truex Jr. Should Be Getting More Love From Oddsmakers

One glance at the betting board for Sunday’s DuraMAX Drydene 400 at Dover Motor Speedway will tell you all you need to know–the oddsmakers love Hendrick Motorsports.

Kyle Larson is the favorite to win the NASCAR Cup Series race (+350 via DraftKings Sportsbook), followed closely by Hendrick teammates Chase Elliott (+550), Alex Bowman (+650) and William Byron (+650). We think that the odds favor the Chevrolet-preeminent team. A better value is Martin Truex Jr. (+850), who calls Dover his home track because it’s the closest venue on the Cup circuit to his Mayetta, New Jersey, home town.

Truex got his maiden Cup victory at the Monster Mile in 2007. He also won there in 2016 and 2019. In the past 10 races at Dover Truex has two wins, three second-place finishes, a third and two fourths.

Truex is a winner at Dover by quite a bit. He won by a lot at Dover with a 7. 355-second victory margin in 2007 was the smallest in his three triumphs. He has the speed to win in No. 19 Toyota in Saturday’s practice and qualifying, he’s likely to be a contender on Sunday.

In 2020, during a season gerrymandered because of the coronavirus pandemic, Kevin Harvick won nine NASCAR Cup Series races.

Since then, the cupboard has been bare for the 2014 series champion. With last Sunday’s 10th-place finish at Talladega, Harvick extended his current winless streak to 53 races.

But Dover is a track that rewards experiences and gives Harvick the chance to end his frustrating streak. Harvick has won three of the last 12 races at the track. He has never finished lower than sixth in his seven previous starts.

And at +1200 via DraftKings, he’s attractively priced. You should consider it, especially if Truex fails to qualify on Saturday.

Pay close attention to the winner of the pole position in Saturday’s time trials for the DuraMAX Drydene 400–and avoid him like the plague when you’re betting on Sunday’s race.

The pole winner hasn’t converted the top starting spot into a victory since Jimmie Johnson turned the trick in 2010. Since then, the Dover pole sitter has been winless for 21 straight races.

The second-place qualifier? That’s another story. The closest you will get to Victory Lane is to start on the outside row.

Since Johnson won from the pole in 2010, seven drivers have triumphed from the second-place starting position. In the last 10 races, pole runners-up have won a remarkable five times.

That’s food for thought, and so is this: in the last 28 races at the Monster Mile, only four times has the eventual winner started outside the top 15. In the last two races at Dover, Kevin Harvick won from 17th and Alex Bowman 16th, but in both cases the field was set without time trials.

How to Watch DuraMAX Drydene 400