Eintracht Frankfurt Vs Bayern Munich: Bayern Should Get Off To A Winning Start 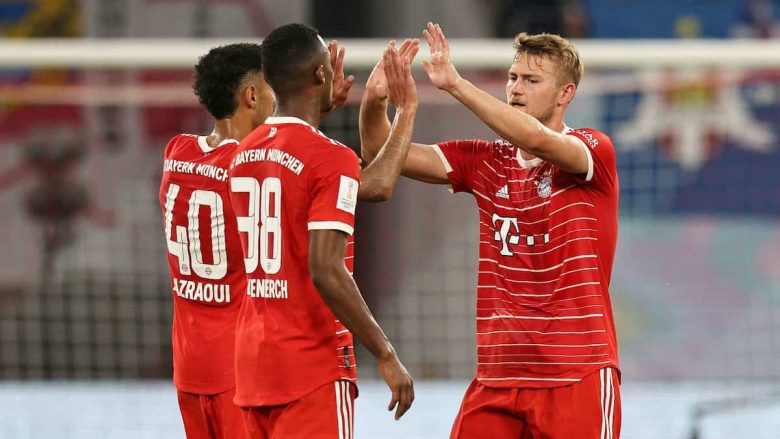 Big Summer at Bayern Munich Should Lead to Another Title

For the 10th time in a row, Bayern Munich won the Bundesliga title last season. Bavaria has been long the champions of German soccer. However, their current run of success is unmatched. Indeed, prior to the last decade the most titles Bayern had won on the bounce was three: between 1972 and 1974, 1984 and 1987, and 1999 and 2001. Their current dominance in European soccer is due to a wider stratification that has seen only a few elite clubs break away from the rest. Bayern, Germany’s top-ranked club, generates significantly more revenue than any of their domestic counterparts.

Last year was an example of this. Bayern’s Champions League performances were not perfect. Villarreal, who did not finish among the top six La Liga teams, knocked Bayern out in the quarterfinals. But Julian Nagelsmann’s team was still too strong to beat the top German tier. They finished eight points ahead at the top of the standings.

This has been an exciting summer for Bayern but they are still the perennial German champions. Robert Lewandowski’s move to Barcelona will be missed. Over the last three seasons the Poland international averaged more than 36 goals per Bundesliga campaign, and his de facto replacement Sadio Mane will struggle to match those numbers.

Bayern has bolstered its squad with other players, and Serge Gnabry signed a long-term contract at Allianz Arena. Ryan Gravenberch is an exciting addition from Ajax and there are high hopes for the 17-year-old Mathys Tel, but the headline acquisition is that of Matthijs de Ligt, who has the potential to be the best center-back in the world one day. This will help strengthen a team that struggled to hold its own in the second-half of last season.

Ordinarily an 11th-place finish would have been a disappointment for Eintracht Frankfurt, but 2021/22 was an exception. Oliver Glasner decided to prioritise the Europa League’s knockout stage almost immediately. The Frankfurt boss made a risky but successful decision to win over Real Betis and West Ham United, Rangers, West Ham United, West Ham United, and Barcelona.

Frankfurt will compete in this season’s Champions League as a result their victory in the continent’s second competition. They must finish within the top four Bundesliga teams to qualify for the next edition. It will be difficult, as RB Leipzig, Bayern and Dortmund are used to taking the three spots, and Bayer Leverkusen is looking for the other one.

Just as important, Filip Kostic remains at the club despite being linked with a departure and still having around one month to go in the transfer window. There’s a lot of excitement surrounding Gotze. However, it is important for fans to be realistic about their expectations due to Gotze’s recent fitness issues.

In the second half of the 2021/22 campaign, Bayern kept only five clean sheets in 17 games. Nagelsmann decided to change to a back-three, and the Bavarians had some teething issues early. Bayern’s future shape is still not clear. However, they chose to stick with the four-man backline against RB Leipzig in this DFB-Supercup.

However, Eintracht is able to take advantage of defensive uncertainties. The Eintracht team will be looking to take advantage of the defensive uncertainty by attacking the space between Bayern’s forward-thinking full backs and dragging the centre-halves out. They will need to be brave in possession, as teams who allow Bayern 80 per cent of the ball tend to suffer defeat.

While it’s easy to see Eintracht scoring, Bayern has too many quality goals in the future. We are betting on both sides scoring and an away win in the Bundesliga’s opening game.

How to Watch Eintracht Frankfurt vs Bayern Munich