England Vs Norway Women’s Euro 2022: This Match Could Be High-Scoring 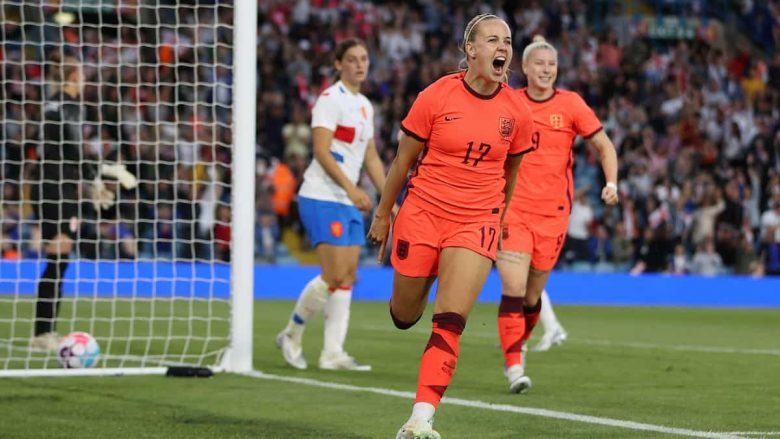 There is a golden rule in international soccer tournaments: do not peak too early. That holds in the men’s events like the World Cup and it is also true at competitions like the Women’s Euro 2022, which began in England on Wednesday. The host nation opened the event with a 1-0 victory over Austria.

The margin of victory was slender and it was not the best performance Sarina Wiegman’s side are capable of. Yet England were by far the better team and the display was encouraging as the Lionesses seek to gradually build momentum over the course of the month.

The game was won thanks to a goal from Beth Mead in the 16th minute. Fran Kirby picked her team-mate out with a lofted ball over the top, which Mead brought down expertly on her chest before lifting a shot over the goalkeeper. It was a fine goal and one which was worthy of winning any game, even if England might have expected at that early stage of proceedings to find the net again before the final whistle.

Still, it was a comfortable evening for the hosts. Austria only managed two shots on target, and neither of those really troubled the England goal. Wiegman’s women are certainly capable of more, but after winning Euro 2017 with the Netherlands the manager will know the importance of a team pacing itself better than anyone. A demolition of Austria would not necessarily have set England up any better for what lies ahead. In fact, it could have been more damaging than a 1-0 win if it raised expectations to an unrealistic level.

It was a night of triumph for the women’s game in England both on and off the field. A total of 68,871 people packed into Old Trafford to watch the match, smashing the previous tournament record crowd of 41,301 from 2013. England will now look to keep that sense of optimism and progress going.

Norway Seek to Build on Thrashing of Northern Ireland

The order of matches in the group stage of an international tournament is more significant than is often made out. Take Norway and Austria, the two teams likely to battle it out for second spot in Group A.

The former began their campaign against Northern Ireland, the weakest side in the pool. A 4-1 victory means they will go into Monday’s match with a degree of confidence, with anything they can take from their meeting with England seen as a bonus. Austria, by contrast, will be under pressure following defeat on matchday one. A failure to beat Northern Ireland would leave them on the brink of an early exit.

Norway had a pretty straightforward evening on Thursday. Three first-half goals put the result beyond doubt after just 31 minutes, and although Northern Ireland responded soon after the restart, it was not long before the Norwegians re-established their three-goal lead.

The post-match discussions centered on whether Martin Sjogren’s side are potential dark horses to win this tournament. They do not have as much strength in depth as the leading contenders, but in Ada Hegerberg and Caroline Hansen Norway possess two of the best forwards in the world.

England Can Move Onto Six Points With Victory in Brighton

England successfully contained Austria’s attack last time out, but they may find it tougher to keep Norway’s frontline quiet. Hegerberg and Hansen are both capable of causing the home team problems, and the center-backs Millie Bright (who was particularly impressive on matchday one) and Leah Williamson will probably be in for a busier evening.

England also possess some excellent attacking options, though. Watching her performance on Wednesday, it was hard to believe that Kirby was playing her first competitive match for five months. She was instrumental in England’s victory, while Wiegman will have been pleased with Mead’s showing too. Ellen White and Lauren Hemp were quieter, but it is surely only a matter of time before they make their mark on Euro 2022.

Given the attacking talent on display, we should be treated to a few goals on Monday. It may be wise, though, to hedge your bets in this regard. If no side makes an early breakthrough, this could be a cagier match than anticipated.

The best wager, in our opinion, is an England win and over 1.5 goals. Wiegman’s side have a better balance from back to front and home advantage should help them overcome Norway.

How to Watch England vs Norway