England Vs South Africa 1st T20I: Records Between These Two Teams Are Neck-And-Neck 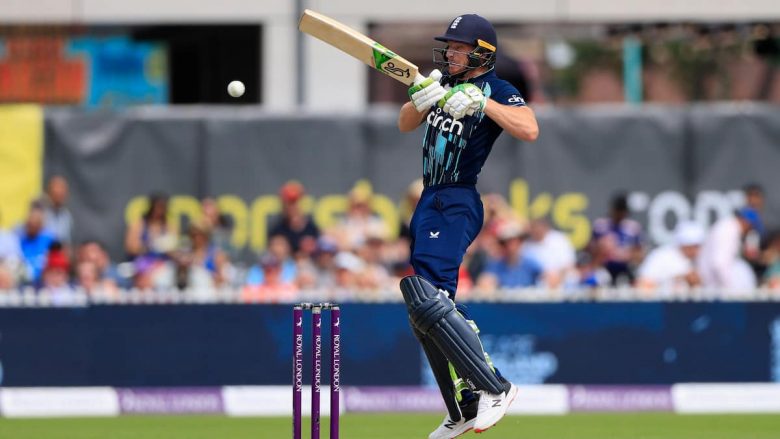 England will kick off the upcoming three-match T20I series against South Africa by clashing horns at the County Ground in Bristol for the 1st T20I on Wednesday, 27th July.

Though they are considered one of the stronger teams in world cricket currently, the Three Lions have not justified their strength in recent times. Following a subpar outing against India, they had to settle for a 1-1 draw in the ODI series. When it comes to T20I cricket, England have not done well in recent times, having won only three of their last ten matches.

On the other hand, South Africa could be fairly content with what they did in the ODI series, as they won the first game and were looking strong in the third match as well, until rain played spoilsport. Their recent T20I record is not impressive as well, as they have lost their last two completed matches. Having said that, the Proteas enjoyed a streak of six consecutive wins prior to that.

England are likely to field three pacers in this match. Given his scintillating form, Reece Topley is certainly the favourite to start, while Chris Jordan and Sam Curran are also expected to be handed starts. Adil Rashid will be the lone frontline spinner, but Buttler will have alternative options ready in Moeen Ali and Liam Livingstone, should he need them. Buttler, Jonny Bairstow and Dawid Malan could comprise the top three, while Harry Brook and Phil Salt will fight for a place.

South Africa are a team that usually trusts their spin pairing of Keshav Maharaj and Tabraiz Shamsi. Hence, they are likely to play both of them in this fixture, meaning only two frontline pacers in Anrich Nortje and Kagiso Rabada are expected to feature.

However, it should also be noted that the Proteas boasts of a quality all-rounder in Dwaine Pretorius, who could certainly bowl his entire quota of four overs. He might even need to do so, as besides him, Aiden Markram is South Africa’s only option for the fifth bowler. Rilee Rossouw’s comeback is much awaited, and he could be preferred ahead of Rassie van der Dussen.

Jos Buttler: It is indeed true that Jos Buttler is going through a rough patch. In his last ten matches, he has scored only a single half-century, while he has been dismissed for single-digit scores thrice.

However, despite his poor run of form, he is still England’s number one asset – such are his records in this format of the game. He has scored 2162 T20I runs at an average of 33.26 and a strike rate of 141.21. He has scored one century and 15 fifties for the Three Lions in T20I cricket.

Quinton de Kock: Quinton de Kock got back to form in the last match of the ODI series, scoring an unbeaten 92 at Leeds. It was an incredibly important knock from his perspective, as he had failed to reach the 25-run mark in any of his last five matches.

Now that he has rediscovered his touch, the lad from Gauteng will look to go all guns blazing in the T20I series. He has scored 1863 runs in T20I cricket, which includes 11 half-centuries.

How to Watch England vs South Africa