England Women’s Euro 2022: The Host Nation Are Among The Contenders To Win The Tournament 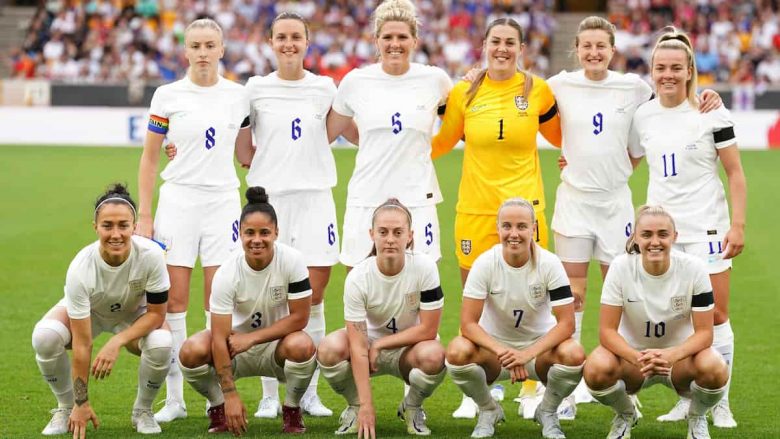 The Women’s Euro 2022 gets under way on July 6, and the anticipation has been building in England for weeks. The host nation are among the leading contenders to triumph at the 13th edition of a tournament which only began in 1984 – 23 years after the inaugural men’s equivalent.

England reached the semi-finals of the European Women’s Championship five years ago and will be looking to go one better this time around. The tournament, which was originally due to be held in 2021 but was pushed back after the men’s European Championship was delayed by a year due to the coronavirus pandemic, will feature 16 sides. It will start with a group stage, followed by quarter-finals, semi-finals and the final.

England will have to deal with the expectation of being hosts, but being able to play at familiar stadiums in front of partisan crowds is undoubtedly an advantage. The Lionesses qualified for the competition automatically by virtue of being hosts.

The odds for the Women’s Euro 2022 are provided by Draft Kings. Click on the links in the table below to head to the sportsbook, sign-up, and place your bet. Get a $1000 deposit bonus at Draft Kings. See if sports betting is legal in your state, here.

England are the second-favorites to win the Women’s Euro 2022, behind only Spain. That is in part because they are hosting the tournament. The Netherlands triumphed on home soil five years ago, while Germany did the same in 2001. England are striving to become the fifth team to win on home soil (the other two are West Germany in 1989 and Norway in 1987).

But England have made good progress in recent years. As well as reaching the semi-finals of Euro 2017, they also made it through to the last four at the World Cups of 2015 and 2019. Sarina Wiegman, the Dutchwoman who led her country to glory in 2017, has made some important adjustments to the team since taking charge of England. The result is a team that looks capable of taking the next step after three consecutive near-misses.

If you would like to dig deeper into the betting options available for the Women’s Euro 2022, check out our guide on how to bet on soccer.

Who Is the England Manager for Women’s Euro 2022?

Wiegman has built on the work of her predecessor, Phil Neville, to make England a major threat going into the Women’s Euro 2022. Her own trophy-winning experience could be invaluable to a group that has fallen just short in the last three competitions. Her tactical flexibility leaves opponents guessing, while she has molded a squad with a promising blend of youth and experience.

England’s journey is unlikely to end there. If they top Group A as expected, the quarter-finals will pit the hosts against the runner-up from Group B, which could well be the eight-time winners Germany. That would be a stern test of this England team’s credentials, but if they want to win the tournament they will have to face some world-class sides along the way.

Were England to finish second in Group A instead of first, they would be likely to face the favorites Spain in the first knockout round.

Have the England’s Women’s Team Won the Euros?

England have never won the European Women’s Championship before. Their best ever performance came in 1984 and 2009, when they reached the final. On the first occasion they lost to Sweden. Thirteen years ago, they were beaten by Germany.

England were chosen as the Women’s Euro 2022 hosts in December 2018. They were the only country to submit a bid before the deadline, so they were awarded the tournament by default. It is the second time England has hosted the European Women’s Championship – the first was in 2005, when the Lionesses finished bottom of Group A and only won one of their three matches.

The final of the Women’s Euro 2022 will take place on July 31, at Wembley Stadium in London. The match will kick off at 5pm local time, which is 12pm ET.

Where Is the Next Women’s Euros Held?

The next European Women’s Championship is scheduled for the summer of 2025, just three years from now. It will again feature 16 teams, but the host nation has not yet been decided. Poland, France, Switzerland/Liechtenstein, and Denmark/Finland/Norway/Sweden have already submitted proposals to stage the tournament.

Soccer fans based in the United States can watch the Women’s Euro 2022 on fuboTV.