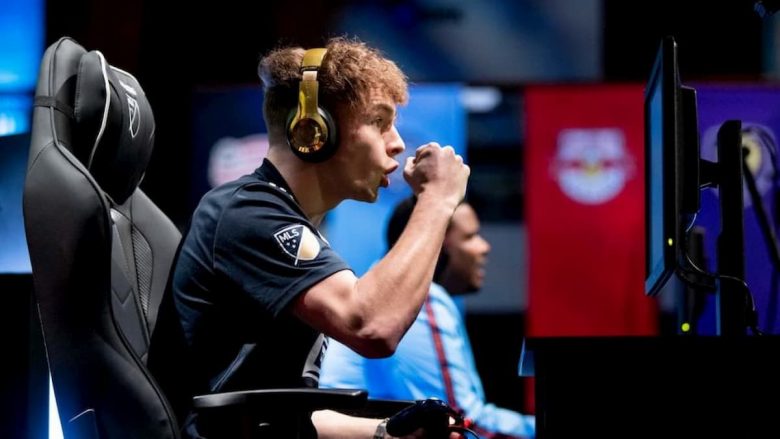 Gaimin Gladiators, ranked 54, will face ATK, ranked 64, in the group stages of the ESL Challenger League Season 41 North America on 11 May, 2022 in a best of three match. They will face off in Group A.

Gaimin Gladiator’s Cynic Is A Handful

Gaimin Gladiator have a good record on most maps bar Vertigo, where they have a win percentage of only 20% but will be encouraged by learning that this isn’t a great map for ATK either, who also have a poor win record of just 29%. They are currently on a four-game winning streak. ATK will have a difficult time facing a team that has so much momentum.

ATK’s three-game losing streak is weighing them down

ATK, unlike Gamin Gladiator are having a terrible run. Their last three matches were lost and they have only won one of the last seven. They’ve lost both of their matches against Gaimin gladiator in recent weeks, despite having an overwhelmingly superior record.

ATK hopes to overcome this rut by facing Gaimin Gladiator in the Ancient Map for at least one round. They have an 86% win record here compared to Gaimin Gladiator’s 67%. Their record also includes superior results on three additional maps. ATK will need to find the positives and hope that star man, B0denmaster will help them get through this time.

Mythic, ranked 54, will face Carpe Diem, ranked 56, in the group stages of the ESL Challenger League Season 41 North America on 11 May, 2022 in a best of three match. They will face off in Group B.

Carpe Diem are strong favourites against Mythic, but this is not going to be an easy match. In the only meeting between the two sides, Mythic came out on top in a tightly contested game that ended 16-14 in Mythic’s favor on the Inferno map. Although this match took place earlier in the season, in January, much has happened since then.

Mythic Are a Perfect Vertigo

Mythic have won four of the Vertigo maps and always come out on top. Carpe Diem will be their opponent on this map. This is not just because of the excellent record they have there, but because Carpe Diem has a poor record on that same map. In their 11 matches on Vertigo, Carpe Diem have registered a 45% win record.

Key to Mythic’s strengths is 29-year-old freakazoid, who has been in fine form for the last three months with a kill per round average of 0. 82 and death per round average of 0.71. He also has a KAST of 71.1% in that time. Mythic’s biggest problem is losing their two previous matches. They had won all four previous games. As with winning, losing is also a bad habit. Mythic wants to end this losing streak as soon as they can.

Carpe Diem Should Use Their Experience

Carpe Diem have got significantly more experience in the CS: GO circuit and they should use that knowledge and know-how against Mythic. CLASIA is their most significant player, averaging 0. 77 kills per round and 0. 66 deaths per round in the last recent months. His all-time K/D ratio is 1. 11 and KAST of 72.2%, which is quite impressive. Carpe Diem is still the favorite, despite not having much momentum.

Russian side, Entropiq, who are ranked 16th in the world will face Czech Republic side, Sinners, ranked 40, in the group stages of the ESL Challenger League Season 41 North America on 11 May, 2022, in a best of three match. They will face off in Group B.

These are strong sides, but the rankings show that Entropiq is one of the best teams on the CS: GO circuit. This makes them the clear favorites going into the tie. The two side have had many tight battles in the past, 14 of them to be precise. Entropiq lead the way with eight wins to Sinners’ six. They have also won two of their previous two matches.

Entropiq Not on Hot Form The Russian team enters this match with a winning streak of four games. The most impressive part of this run were their victories over the world number 14, 15 and 18 ranked teams in the world. Entropiq feels like they can beat any opponent at the moment.

Sinners on the other side, however, recorded their first victory in four games. Entropiq is clearly winning. Forester has an average of 0. This is the key to Entropiq’s amazing form. 73 kills per round, 0. 67 deaths per round and 79.6 damage per round in recent weeks. You should also consider that their matches against high-ranking opposition were some of their most recent. 22-year-old Forester has an all-time K/D ratio of 1. 05 and KAST of 70%.

Sinner Have A Better Win Record On Four Of The Maps

Entropiq clearly love the Dust2 map, where they have a win rate of 80% but their record isn’t amazing in most other areas, which is why Sinners should be comfortable on most maps against Entropiq bar Dust2, Overpass and Ancient.

Sinners need to win the narrow margins. Luckily, someone is available who can help. His average is a remarkable 0. 58 death per round in the last three months. In the last three months, he also has an average of 0. 75 kills per round in that time, which is more than what Forester has managed. He holds the all-time record for K/D at 1. 20 and he has a KAST of 71.8%. If Sinners are to put things right, they’ll need 20-year-old forsyy to lead the way.

ECSTATIC, ranked 37, will face Finest, ranked 50, in the group stages of the ESL Challenger League Season 41 North America on 11 May, 2022, in a best of three match. They will face off in Group B.

Finest are the favorites, according to many betting websites. Despite having a bad head-to-head record (and a lower ranking), they will be playing in this match. ECSTATIC has won four of the six matches between these two teams, compared with Finest’s 2. ECSTATIC’s FASHR Deals a Lot of Damage to Finest

Finest is the favorite going into this match, having won both their previous matches against ECSTATIC.

ECSTATIC’s star man, FASHR, has dealt an average of 83.1 damage per round in the last three months. A remarkable 0. 78 kills per round and 0. 67 deaths per round. His all-time K/D ratio is 1. 05 and KAST of 71.6%, which suggests that he’s going through one of his better runs at the moment.

His record is far superior at the moment to Finest’s anarkez, who in recent months has dealt 72.9 damage per round, averaged 0. 71 kills per round and 0. 66 deaths per round.

Finest could play on Dust2 or Mirage ECSTATIC has a higher win rate than Finest bar Dust2 or Mirage on all maps. ECSTATIC have a poor win record of 33% compared to Finest’s 62%. Finest also have a highly impressive record of 78% on Mirage after competing in nine games as a team. ECSTATIC has never been on this map before and they will hope that this is not their first time.

ECSTATIC also have a very poor record on Overpass, having only got a 20% win rate on the map and will be hoping that they get one of the other maps on offer. Each side enters this tie having won, but they have been inconsistent over the past week. Both sides will be looking to win two consecutive games at each other’s expense.