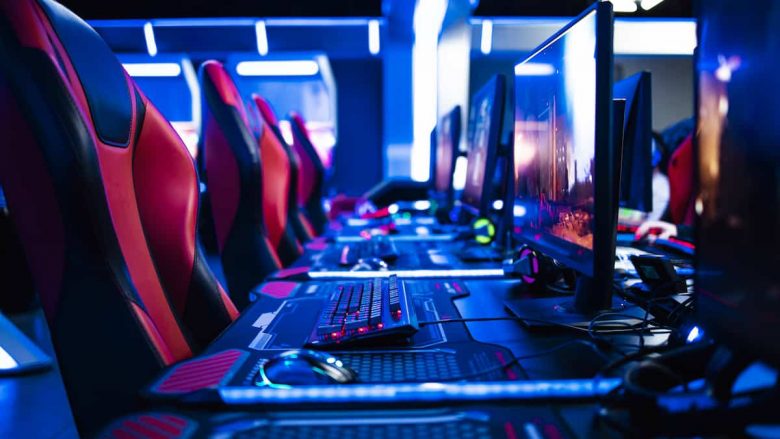 Sprout, ranked 42 in the world, will be facing French side, Heet, ranked 20 in the world, in the group stages of the ESL Challenger League Season 41 North America on 25 May, 2022, in a best of three match. They will be facing each other in Group D . The teams are familiar with one another’s games, having played nine times each. Heet won six of those matches. Sprout found the Frenchmen a formidable opponent, and has come out on top just once.

Two matches went to overtime. The two sides first met on 1 September, 2021, playing each other thrice on the day. Sprout won their first victory over Heet, but they still lost in the next two meetings.

Their latest meeting was only last month, 21 April, 2022, in the PGL Major Antwerp 2022 Europe RMR B tournament, where Heet won comprehensively on the Dust 2 map with a score of 16-5. Heet enters this match having suffered a defeat. Sprout will have a spring in their step after winning their last match against Cowano, ranked 82 in the world, of Germany.

Sprout will Be Hoping to Facing Heet at Vertigo Sprout are the clear underdogs in this match and will hope for any good luck they can obtain. If one round takes place on Vertigo, Sprout will have a better chance of winning the match.

In their seven matches on Vertigo, Sprout have recorded a pretty good win rate of 86%. They have a win rate of 50% or under on all the other maps. It is not a good read against Heet.

A match on the Overpass map could be intriguing, as Sprout hasn’t yet played a match here and Heet have a very low win rate. In their 10 matches on this map, Heet have a win rate of just 30% here. They don’t have a win rate below 50% on any of the other maps but have yet to play a match on Mirage.

Sprout will be hoping that 23-year-old German, slaxz-, can carry them through this tie. Over the past three months, slaxz has been averaging 0. 70 kills per round, 0. 62 deaths per round, a KAST of 69.9% and dealt 74 damage per round. He also has a highly impressive all-time K/D ratio of 1.14.

Heet will rely on every member to help them get through

This is highly impressive and is the reason why they’re ranked in the top 20. They’ve had a patchy record in recent times, winning 50% of their last six matches and faltering on the last one to Falcons, ranked 63 in the world. This match is a great way for them to start a run. These are still strong favorites for this match.

K23, ranked 31 in the world, will be facing unranked side, Ex Mad Lions, in the group stages of the ESL Challenger League Season 41 North America on 25 May, 2022, in a best of three match. The two will face each other in the opening match of Group D.

The two sides have faced each other three times prior to this with K23 coming out on top twice and Ex Mad Lions coming out on top once. All three matches took place earlier in the year on 31, March, 2022, during the ESEA Advanced Season 40 Europe tournament.

The matches took place on three different maps: Mirage, Inferno, and Nuke; with K23 coming out on top in Mirage and Nuke. This gives K23 the edge heading into this match, who are getting a head of steam with two wins on the trot but this doesn’t compare to the run Ex Mad Lions are on, who are on a five-game winning streak.

K23 Will Be Hoping to Avoid Ancient

K23’s win rate is 50% or above in every map bar Ancient, where they’ve got a win rate of 20% after contesting there in five matches. Ex Mad Lions have already defeated them on Inferno and they don’t want to lose on Ancient.

K23 will also be buoyed by some of their recent victories. They defeated AGO, ranked 33 in the world, and Sinner, ranked 36 in the world, in their last two matches.

Ex Mad Lions will be pinning their hopes on 22-year-old Lithuanian, jL, who has an impressive all-time K/D ratio of 1. 10 like K23’s fame but blows him out of the water in all the stats from the last three months.

jL averaged 0. 77 kills per round, 0. 65 deaths per round, a KAST of 70.9% and dealt 77.1 damage in the last three months. If K23 nullify jL’s threat, they’ll likely win this match but it won’t be easy. The Ex Mad Lions have won five of their last five matches and are in a great run. This kind of momentum, regardless of whether the opponent is strong or weak, will be a great motivator for the team.

In this run they’ve faced 00Propsects, ranked 106 in the world; Dream, unranked; Into the Breach, ranked 65 in the world; SKADE, ranked 28 in the world and Savage, ranked 127 in the world. The team has faced a variety of tough opponents as well as some less powerful opponents, and they have won them all.

However, the pair have not played in five weeks so it may take them a while to get back on track. K23, on the other hand, had a tough match just last week. They might find it difficult to deal with the rustiness that they have before this Ex Mad Lions match. They’ll have to take the positives from their previous meeting with K23 and recent matches on the CS: GO circuit into this fight.

K23 will be well aware that Ex Mad Lions are no slouches but their recent record, head to head, freshness and ranking give them a considerable edge heading into this thrilling tie.

How to Watch the ESL Challenger Europe