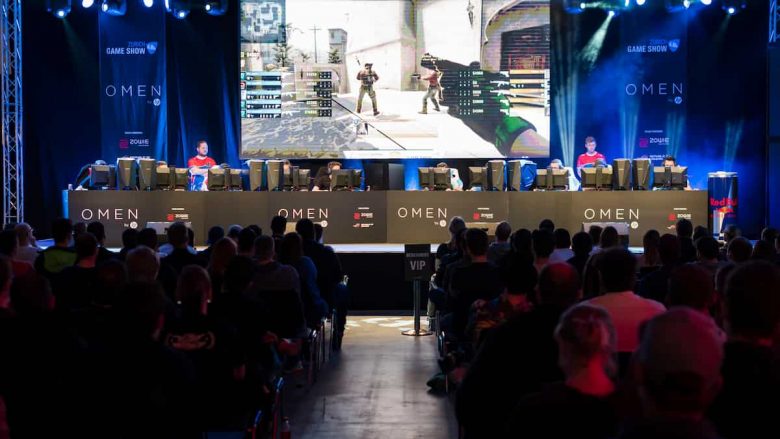 . . . . . . . . . The ESL Pro League has begun. The teams from Group A are the first to compete, and their games have been underway since August 31. The top three teams from each of the four groups will qualify for the playoffs, and the rewards for the winner of the tournament are huge – a qualification spot at the BLAST World Final, and the IEM Katowice in 2023.

Ninjas in Pyjamas vs Endpoint Pick

Ninjas in Pyjamas vs Endpoint Prediction

NIP are heavily favoured to come out on top in this contest. They haven’t had an exceptional year, but they are likely to outperform their competition. Endpoint has yet to prove itself globally and will need more time before being able compete against teams of this caliber. Two games into the match, both teams still need to win. Hopefully one of them will open an account for next week.

Ninjas In Pyjamas Want To Move Past Device Chaos NIP have a good showing at the BLAST Fall groups. They seeded 4th-6th, bringing home a prize of $17,500, in the same category as FaZe Clan and G2 Esports. They’re currently sixth in the ESL standings, last for Group A. This is despite two defeats in the opening game. They lost dismally to Fnatic in Ancient and Nuke, 2-0 and 16-4 across both maps.

They also picked Overpass, but the game was not able to reach that point. Fredrik Sterner, also known as REZ Sterner, was the only consolation in both Fnatic games. Average entry fragger was 0. 65 kills in both maps, and an impact rating of 0. 94 and 0. 87 respectively. They were completely outclassed in both games, with an average rating of 0. 65 across maps, while fnatic’s was 1.45.

Team Vitality took them to the cleaners as well on Thursday, 14-16 in Nuke and 8-16 in Vertigo. Patrick Hansen – aka es3tag – was the most impactful of all the participants, scoring a 1. 19 and 0. 69 kills per round. They were no match for Vitality’s new addition Lotan “Spinx” Giladi, who is an elite player. NIP were grouped together with tough opponents so their start has not been great. They will be facing Na Vi after Endpoint, so it is imperative that they get their act together.

Endpoint had a rough start in the ESL. Their current ranking is fifth, one spot better than NIP. They have also lost their first two matches. In their first match, they faced Vitality and the odds were against them.

The result was predictable. Endpoint lost 0-2, going down 12-16 in their own pick Vertigo and 5-16 in Inferno. In total they managed just 146 kills as opposed to their opponents’ 181, and an overall team rating of 0.87. Joey “CRUC1AL” Steusel was a great player in Vertigo. He managed 0. 82 kills per round and dealing 78.2 units of damage per round while maintaining an impact rating of 1.27.

Guy “Nertz” Iluz also had comparable figures on that map, 0. 86 kills per round and 84.6 damage per round.It’s not surprising that they picked Vertigo considering their performance in this map wasn’t particularly bad, it’s just that their opponents were better. Endpoint’s tactics and gameplay were far below Vitality’s. They lost 1-2 against Team Sprit after Vitality, losing Ancient and Vertigo to Overpass. Endpoint’s standout player was

Nertz, who averaged 0. 76 kills per round across all three maps, and an overall impact rating of 1.20. If Endpoint wants to make it to the top three, they need to improve their game quickly.

The match-up between these two teams should be quite fascinating. Fnatic is the more likely winner, although Team Spirit has a good run in the IEM Road to Rio: European RMR qualifiers. Although neither of the teams has shown much confidence, it will be an exciting contest.

Fnatic currently sit third in the standings with just one loss and one win from their respective matches. They took Ninjas wearing Pyjamas to the cleaners and blew them out the water with two consecutive games. Entry fragger Fredrik “roeJ” Jorgensen was on a rampage, dealing most kills per round (42) and most damage (100.7). Dion “FASHR”, a Dutch rifler, has also settled in well to the team.

Against NIP he managed 1 kill per round and an impact rating of 1.27. Nico “nicoodoz” Tamjidi was unstoppable in Ancient, producing 25 kills, 126.3 units of damage, 18 AWP kills and six first kills – the highest by any player in the map across each metric. It was an impressive team effort by a diverse team. They lost their match against Na Vi in a 1-2 tie.

They won the Ancient map after a long and intense battle. IGL and rifler William “mezii” Merriman stepped up to the plate and dealt 25 kills, most by any player in the map. He averaged 0. 83 kills per round, and an excellent impact rating of 1.45. Na Vi is not the type of team that will give up without fighting. They came back roaring to take Mirage 16-8 and Inferno 16-7, and left Fnatic in their dust despite being 0-1 down.

Patsi Could Be Key For Team Spirit

Team Spirit headed into the ESL after a middling performance at the IEM in Cologne, where they seeded 9th-12th on the rankings. With one loss and one win, they are currently ranked fourth within Group A. Their first opponent was Natus Vincere, which made it a difficult start to the league. They were also dealt a heavy loss of 0-2 in their initial game.

After going down 11-16 in Nuke, they were taken apart 9-16 in Dust II. Team Spirit has three new members in its roster: Robert Isyanov, Pavel Ogloblin’s1ren’ Ogloblin and Ihor Zhdanov ‘w0nderful’ Zhdanov. Although s1ren wasn’t quite up to par, they were still able to surpass Na Vi. With 0., w0nderful was top Spirit player in Nuke. 85 kills per round and 0. 65 damage per round. With 0. 56 and 0. 52 kills per round respectively.

No one will disagree that Na Vi have been among the best of the best this year. Their year has been one that other teams only can dream about, an incredible juggernaut in their quest for glory. Although Team Vitality has been great on their terms, they are still one step behind Na Vi in every way. They have the chance to pay back for Blast’s Fall and Spring groups. It remains to be seen if they are up to it.

Natus Vie Fight from Behind Against Fnatic Na Vi are currently second in the Group A rankings, having scored two victories so far. It’s not been easy to match up with the most powerful opponents. The team just finished a very successful campaign at Blast Premier Fall, where they were seeded in the top three. In season 15 of the ESL pro league earlier this year they finished at 5th-8th seed, incidentally their worst result of 2022. Most other teams wouldn’t give a damn if they had a run like that, but Na Vi has a point at the ESL. They swept past Team Spirit 2-0 in the opening game of the tournament, winning Nuke 16-11 and Dust II 16-9. Perfecto was a class apart in Nuke, dealing 26 kills, 94.2 damage, five assists, and four first kills, and was the best by a stretch across every single metric. Overall they inflicted 88 kills to Spirit’s 79. They also inflicted 31 kills on Spirit’s 20. 21 respectively. Na Vi is a popular choice to win the trophy. They are a regular at almost every tournament that they participate in. Even though season 15 didn’t go according to plan, the rampage they’ve been on since then suggests they don’t intend to repeat those mistakes.

Team Vitality will continue to rely on Zywoo Team Vitality, who are the top seed and have started their tournament off with two convincing wins. Endpoint was dominated by them in their first game. They won easily 2-0 to open their ESL account. First they won Vertigo 16-12, and followed it up with a 16-5 victory in Inferno. All eyes were focused on Spinx going into the game. However, he did a great job and was able to win Inferno with a -5 victory. ZywOo topped the charts across both kills and damage, inflicting 50 and 98.9 respectively. He also dealt the most first kills, six, and finished with a performance rating of 1.61. Inferno was led by apEX with 1. 10 kills per round, and ZywOo’s was 1. 36 in Vertigo. Vitality had a great time against NIP, and won 2-0. NIP chose Nuke, Vitality selected Inferno and the match was abandoned. Spinx thoroughly enjoyed Vertigo map and brought home kills and four first kills. Spinx thoroughly enjoyed the Vertigo map, bringing home 24 kills, four first kills and a damage of 105.2. Vitality had an average year, and his signing was one the greatest things to have happened. They’re determined to recover from their poor year and are expected to dominate the ESL Pro League this season.