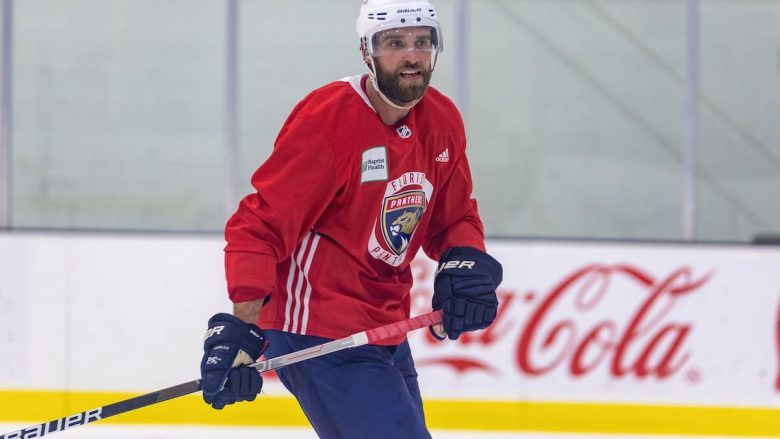 The Panthers’ offense has struggled in this series. However, the team scored more than 4.1 goals per game during the regular season. Aleksander Barkov and Sam Reinhart were the mainstays of the Panthers’ goal scoring, although they are not able to do so in Round 2. Huberdeau, who has only one goal, is the only player to score in this Round.

The Panthers scored much more in Round 1. Their average goal scoring was 3. 33 goals per game, and their offense was powered by Carter Verhaeghe, Claude Giroux, Aleksander Barkov, and Aaron Ekblad. Verhaeghe went under the radar during the season; he only had 55 points (24 goals and 31 assists) but had 12 points (six goals and six assists) in the First Round. Claude Giroux was traded to the Panthers late in the season and only played 18 games for Florida. He finished the first round with five goals and three assists. Aleksander Barkov, Aaron Ekblad and Aaron Ekblad finished quieter with six and five respectively.

The Tampa Bay Lightning shocked the Panthers with their two wins on the road. Although the Lightning don’t have as strong a lineup as before, they have plenty of Playoff experience which will be beneficial as they continue their Stanley Cup run.

The Lightning saw strong performances by Victor Hedman and Nikita Kucherov in the Playoffs. Kucherov is on fire with three goals, eight assists and Hedman has seven goals and two assists.

Andrei Vasilevskiy continues to play at the same level as last season. His. 916 save percentage and is allowing 2.6 goals per game. Vasilevskiy must continue to play well, and rely on his defenseman for help. The Panthers want to win this game and are relying on their defenseman.

The Panthers have drawn 25 power-plays in the Playoffs but have not scored once; they are an abysmal 0-25. This must change. Florida must score at most one power-play goal. The power-play could be the solution to their offense’s current woes.

Jonathan Huberdeau enjoyed an impressive regular season, but has struggled to maintain that level of dominance in the Playoffs. He was the Florida goal scorer in Florida’s last match, but he has only four points from eight Playoff games. Huberdeau must get involved in the game.

The Tampa Bay Lightning can win this game by winning the First Period. They must also shoot well.

The Lightning will be returning home to face the Game Three challenge. The home crowd is on their side and they need to make the most of their energy. Their crowd will propel them to victory, a 3-0 lead for the Lightning, if they lead in the first period.

The Lightning scored four goals on 30 shots last game. The Panthers will most likely have Sergei Bobrovsky as their netminder. They need to try as many shots against him as possible. He will likely make a mistake, and allow a few goals in.

Sergei Bobrovsky) In the Playoffs, full control has been granted to the goaltender duties. He’s been in every Playoff game and Spencer Knight, the backup goaltender hasn’t played.

Bobrovsky’s team has struggled to score the last two games. He needs to create a wall around the Panthers and play strong.

Steven Stamkos is playing over 18 minutes a game in the Playoffs, but he only has two goals, four assists, and a +/- of -2.

Stamkos must get involved more and have a greater impact on the ice. Although his team has been playing well, he needs to step up and make a difference.

How to Watch Florida Panthers vs Tampa Bay Lightning