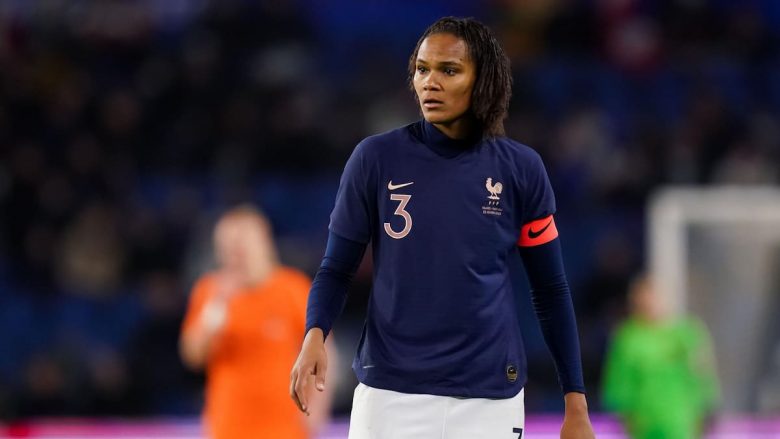 France Heavily Backed but Preparation Not Been Smoothest

On Sunday evening in England, it will finally be time for France and Italy to take center stage at the Women’s Euro 2022. By the time their match kicks off at the New York Stadium (in the Yorkshire town of Rotherham, not the United States), all of the other 14 teams at the tournament will have already contested their opening games. The players from France and Italy will be chomping at the bit to get their campaigns underway.

France are among the favorites to be crowned champions of Europe at Wembley Stadium on July 31. A glance at their squad shows you why. Theirs is a group packed full of talent. Marie-Antoinette Katoto, the scorer of 25 goals in 30 senior appearances for her country, is the pick of the bunch. Wendie Renard and Delphine Cascarino, a central defender and a right-winger, are also among the best in the world in their respective positions. There are not many sides at this tournament that can match the level of quality France possesses.

But ability is not the only factor in soccer success. This is a collective sport, after all, and even the most trophy-laden teams in history will vouch for the fact that individual talent alone is never enough. And that is where France could fall down this month. To say their preparation has not been as smooth as it might have been is an understatement.

The manager, Corinne Diacre, is not popular with some members of her squad, particularly the Lyon contingent – less than ideal given that club’s status as the best in Europe over the last few years. Diacre has found no space in her traveling party for Eugenie Le Sommer and Amandine Henry – France’s all-time record goalscorer and a former national team captain, no less. Tension abounds and there are fears back home that this heavily fancied side could fail to meet expectations or even implode.

Italy Will Expect to Advance to the Knockout Stage Too

For that reason, it would be foolish to write off Italy in this encounter. Runners-up at the Euros in 1993 and 1997, the Azzurre have only reached the knockout phase twice in their last five attempts. They did reach the quarter-finals of the World Cup three years ago, though, and will be quietly confident of at least matching that achievement after being drawn alongside France, Belgium and Iceland in Group D. This is the most finely balanced of all four groups, but Italy will not fear anyone.

Italy qualified reasonably comfortably. Although they finished second to Denmark, a return of eight wins and one draw from 10 matches meant they were among the group runners-up with the best records. They scored 30 goals and conceded only five, showing strength in both attacking and defensive areas.

If the Italians are to pull off an upset on Sunday, they will need Cristiana Girelli to shine. Given her country has not qualified for next summer’s World Cup, this could be the Juventus striker’s final major tournament. The 32-year-old has scored 46 goals in 78 appearances for Italy, who will rely on her to convert any good chances they create this weekend.

The manager Milena Bertolini would no doubt settle for a point from this game. A draw here and four points from a possible six against Belgium and Iceland would probably be enough for Italy to go through.

The Victor in Rotherham Will Expect to Top Group D

France will perhaps be the most intriguing side to follow at this month’s tournament. There is a strong sense of boom or bust surrounding les Bleues, who have been tipped as both potential winners and possible flops. The hope for France is that some positive results in the group stage could bring this team together and help various individuals to put their differences to one side.

But if the favorites for this match are not fully focused, they could be frustrated by Italy. France have enough firepower to break down any opposition backline, with Katoto, Cascarino and Kadidiatou Diani backed up by Sandy Baltimore and Melvine Malard, neither of whom is likely to start here.

Yet France might have to work hard for the victory that would set them on their way. The squad lists might suggest a handsome win for Diacre’s women but it could actually be more of a slog against a spirited Italy side. A win for France and under 3.5 goals looks like a steal at +110.

How to Watch France vs Italy