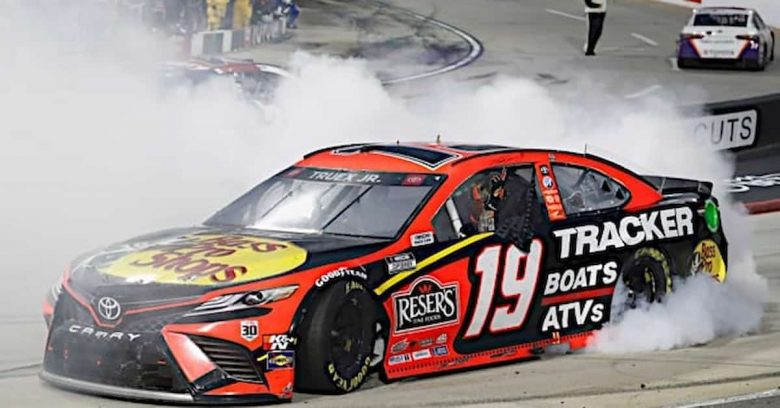 Sunday’s race will be contested over 188 laps (500. 08 miles), with stage breaks after 60 and 120 laps. Brad Keselowski is this year’s defending champion.

According to oddsmakers, 11 drivers are more likely than William Byron to win Sunday’s GEICO 500 at Talladega Superspeedway. This is a mistake.

At Talladega specifically, Byron finished fourth in the fall race of 2020 and second in the spring race of 2021 before crashing out of last year’s rain-shortened Playoff race two laps short of the finish.

Byron is a fearless, skilled superspeedway driver. His maiden victory in the Cup Series came in the summer race at Daytona in 2026, and more recently, he won earlier this month at the newly repaved Atlanta Motor Speedway, where NASCAR employed a superspeedway competition package for the first time.

Byron has been the Cup Series’ only driver to win more than once this season. This could prove to be a breakthrough year for the driver at the No. 24 Hendrick Motorsports Chevrolet. We think he’s grossly undervalued this week and recommends a bet on Byron to win at +1800 via DraftKings Sportsbook.

Ryan Blaney Is the Race Favorite, But He Probably Doesn’t Want the Pole

Ryan Blaney has won a series-best three pole position in the NASCAR Cup Series this season, and he’s favored to add another to his resume during Saturday’s qualifying for the GEICO 500.

But that is something Blaney may not wish to do, considering the history of Pole winners at Talladega. Only three times this century has a driver won from the top starting position at NASCAR’s mammoth track–Jeff Gordon in 2007, Ricky Stenhouse Jr. in 2017 and Denny Hamlin in 2020.

Blaney won back-to-back races at Talladega in the fall of 2019 and spring of 2020, the last two events in a 10-race stretch in which Ford drivers won nine times. He’s an attractively priced favorite at +1000 (DraftKings)–if he doesn’t win the pole! Keep that in mind.

Is there another potential winner at Talladega this week?

One interesting thing about Talladega’s past is the sheer number of drivers that have won there in their career.

Parsons (1988) was the last of the one-and-done drivers, but Talladega nevertheless has continued to produce some unlikely winners over the years. Given that history, if you’re inclined to back an extreme long shot, we offer for your consideration–Noah Gragson (+10000 via DraftKings).

Gragson has never raced in the Cup Series at Talladega, but in six Xfinity Series starts there, he has posted two top-fives and four top 10s, with a best finish of third in 2020.

GRAGSON is the driver of the No. 62 Beard Motorsports Chevrolet, a car that has been competitive at superspeedways in the recent past (seventh and eighth in its last two runs at Daytona in 2020, with Brendan Gaughan behind the wheel).