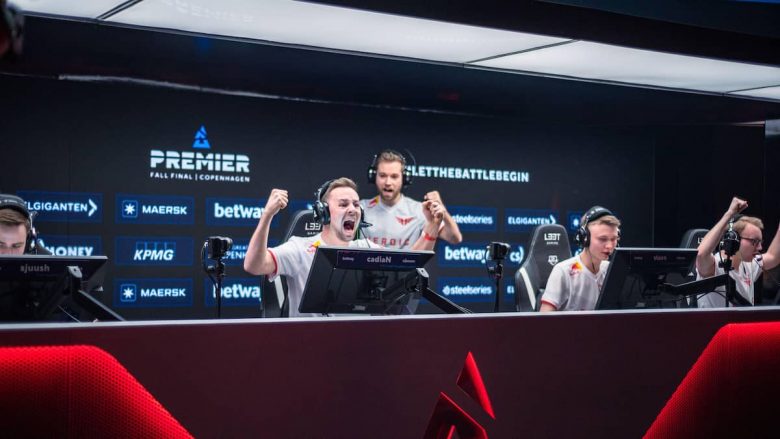 The IEM Cologne 2022 Play-In is currently underway with many of the best CS: GO teams in the world taking part. Every match is best of 1. This should be an exciting day for CS: GO esports.

Here’s a preview for four of the matches from the upper-bracket round of 16 matches for Tuesday!

The Danish team is ranked 9th worldwide and are clearly the best in this tournament. The team has been on a remarkable run recently and have won five consecutive matches. They will be the favourites to win this match. On the road to this run, they’ve defeated some very good teams like Astralis BIG and Finest. While they aren’t great on Ancient or Nuke, they have plenty of experience in all other maps.

Sprout are ranked 34th in the world and are capable of springing a surprise. Sprout go into this game as the clear underdogs but their chances of winning this match will be a lot higher if one of the rounds takes place on Inferno, where they’ve got a 90% win rate in the last three months. They have a win rate of 50% or more on maps bar Mirage in the last three months and a better record than Heroic on five of them in recent months. They will be able to feel optimistic against Heroic, a tough opponent.

The two teams have never met before which will make this tie interesting. Sprout is willing to back their team in order to win, but the team hasn’t been at its best. In their seven previous games, they have only won one. This looks like an easy win for Danes, as Heroic has beaten top teams in recent times.

This is yet another encounter between these two teams that are not familiar with each other but have been close in their rankings. MOUZ are ranked 17th in the world and paIN have a ranking of 26th in the world. They will face off soon and none of this matters.

MOUZ are not in the best of health lately, losing three out four matches. Although they want to make it right fast, it will be difficult because the Brazilian opposition has been winning four matches in succession. A big reason for their success during this run has been 25-year-old pro, biguzera. Average kills per round for Brazil was 0. 74 kills per round, 0. 63 deaths per round, had a KAST of 75% and dealt 82.3 damage in the last three months. They also hold a better record than MOUZ in five maps over the past three months. They have a decent record on Ancient as well with a 75% win rate but MOUZ have got a 100% record on that map in the last three months.

Torzsi must put his best foot forward for MOUZ. His average kills were 0. 75 kills, 0. 56 deaths, had a KAST of 71.2% and dealt 74.6 average damage per round in the last couple of months. MOUZ are the favourites, but this form indicates that paIN is more likely to win. In recent months, they have also had a better track record on many of the maps. They are a little bit difficult to ignore at the moment with MOUZ.

Spirit, ranked number 10 in the world, were on an extremely hot form with a 6-game winning run but it has abruptly come to an end and they’ve now got two losses in a row. The CS: GO circuit is volatile with match after match coming at a rapid pace. The players will be acutely aware of the fact that losing runs are just as probable as winning ones.

In recent months, Patsi’s average kills per round was 0. 74 kills per round, 0. 70 deaths per round, had a KAST of 68.6% and dealt damage of 84.5 per round. It’ll be a long time before the stats read the same way as they did when degster was with them.

Complexity, on the other hand, are a decent side with a ranking of 33 in the world but they’ve been in disastrous form recently. Their last seven matches in CS: GO have been a disaster. They need to get things right or it could escalate into worse.

They’ll need 22-year-old American, Floppy, to be at his best along with his teammates. Floppy averages 0. 70 kills per round, 0. 68 deaths per round, had a KAST of 72% and dealt damage of 79.9 per round in the last three months.

Spirit has, as expected, the best record of all maps, except Inferno or Overpass where they haven’t played enough games to collect any data. These two sides have never met before.

Despite Spirit’s slip-ups in the past, Complexity has a terrible track record over recent weeks which makes it unlikely that they will win this race. This is a fantastic opportunity for Spirit to show the world that they are one of the best sides in CS: GO. Complexity could find themselves in yet more trouble.

00Nation, ranked 31st in the world, will be facing Astralis, ranked 12th in the world. Much of 00Nations’ hopes in this match will be around 18-year dumai to step one. This former member of GODSENT has recently joined the team and boasts some impressive stats. On average, he has 0. 83 kills per round, 0. 62 deaths per round, had a 75% KAST and dealt 90.5 damage per round in the last three months.

Astralis have been the world number 7 before and will be expected to win this match but will have to be wary of 00Nation. 00Nation have improved massively and are on an incredible 7-game winning run. Astralis must be aware that they will face a formidable opponent.

They’ll win the match, however. BlameF is expected to take the majority of this match’s load. He has averaged 0. in the past three months. 83 kills per round, 0. 61 deaths per round, had a KAST of 73.9% and dealt damage of 90.3 per round.

00Nation are not be taken lightly. These guys are not only in top form and have one of our best players, but they also have an excellent record in most maps these past months. This match is a lot tighter than expected and 00Nation are definitely worth the punt in this one.