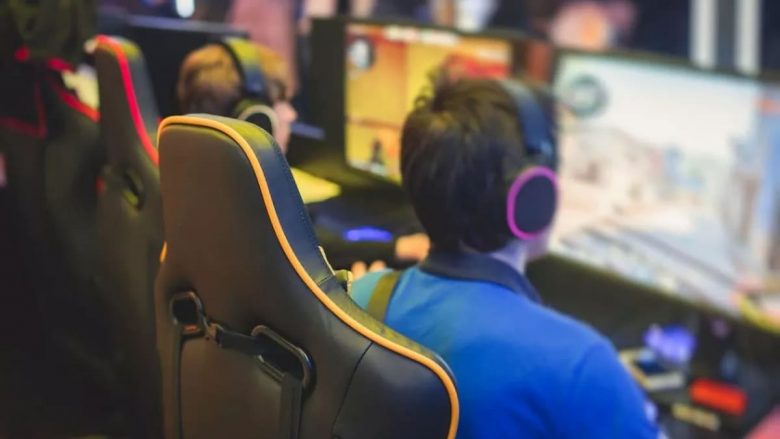 IEM Dallas 2022 begins Monday, with MOUZ and ENCE being among the first teams to take centre stage. The CS: GO tournament is part of the Intel Grand Slam series that brings together 16 of the world’s best teams to Dallas. The total prize pot for the event is USD 250,000. We’ll take you through the matchups, as well as all details about players and teams.

MOUZ Good, Need to Be Better

MOUZ are channeling the hurt of not having made it to the PGL Antwerp Major. It has been a dual-edged sword. They missed out on a chance to play with top teams, but it also gave them ample time to prepare for the tournament.

They have passed the qualifying stage after beating Movistar Riders (2/2), Esports Club Kyiv (2/2), Copenhagen Flames (2/2), and BIG (0/2). There is some momentum, however it remains to be seen if they can hold their own against other teams of the same proficiency or one step behind them.

Their first opponent will be a real challenge because ENCE has an impressive roster. However, they know that fatigue is real. They have discussed it in preparation. They could be hurt by the loss of one their top players due to visa restrictions.

Star rifler Lotan “Spinx” Giladi will not be able to attend due to visa restrictions’ Janusz „Snax” Pogorzelski was named as his replacement. This is a huge loss considering the impact he had on the team’s success over the past two tournaments. Snax, in comparison, has been off top-flight competitions for a while since parting ways with Polish team Anonymo in December 2022.

Although ENCE may not have the best chance of winning, they are still a formidable team.

The odds of this clash are very close because it is in many ways a match between two equally-matched teams. Even though MOUZ may be marginal favourites, it’s unlikely that you will go wrong picking either pick.

Why the Odds Are Against Astralis

Astralis have had lofty ambitions for a while, but those ambitions haven’t turned into full-blown plans resulting in success. Their performance at IEM Katowice 2022 was proof enough. They are looking to rebound strongly after some of the reversals that occurred at the end last year.

The Danish organization brought in Benjamin “blameF”, Kristian “k0nfig”, Wienecke, and Alexander “ave” Holdt to the roster with the hope of regaining their position as Counter-Strike: Global Offensive’s best team. It’s one thing to bring in top talent, but it is quite another to make sure they work well together and perform as a team. They have had a difficult time with this. Vitality is the favorite going into this game.

A Series of Underwhelming Performances

The roster change came because of their disappointing results last year.. They finished third at Blast Premier, followed by a series of poor results at Funspark ULTI Finals.

They placed fifth-sixth in Funspark, and seventh-ninth in the Spring Groups. They also made it to the BLAST spring showdown. Their performance at Katowice was the final nail. They are now trying to hustle back to their former selves. They have already shown promise between them.

Astralis are hurting after their opening round elimination at PGL Major Antwerp 2022, exiting at the Challenger Stage. The team showed some promise throughout the game, despite the loss. They progressed to the grand finale of the Blast Premier Spring Showdown 2022 Europe , where they lost to ENCE eSports and then advanced to the playoffs in ESL Pro League Season 15 where they lost to Furia eSports in the quarterfinals.

They want to profit from this economic upturn. IEM Dallas, another step on the long road to recovery, is another. Astralis has hired two promising CS:GO players after the departure of Team Vitality’s Main players. The battle of Europe is an exciting event that will see both sides battling it out.

Team Vitality are slightly better off, but have problems of their own, having finished 9th at PGL Major Antwerp 2022. They did not make it to the Legends Stage. They lost to Outsiders and NiP after putting up a fight against the challengers. They beat BIG and Liquid in succession before falling to Heroic. There’s plenty to do.

Brazil will see two of their top teams face off in the first round when they clash in a Group B fixture. Imperial will make their US debut in this match. FURIA is hurt. And Team Spirit exposed their vulnerabilities in beating them in the quarterfinals of PGL Major Antwerp 2022. This was a huge result. FURIA, which had been eighth at European RMR 2, lost to Team Spirit.

It raised questions about FURIA’s plans, and if they were able to position them much more easily than before. They’re just too strong a team not to have success. They are therefore the favourites of punters to win the race. If FURIA sticks to their strengths, Imperial might find it difficult.

Imperial Will Make up for Antwerp’s Loss

Although FURIA is looking to make amends, Imperial will also be trying to heal from the pain of losing out in Antwerp. The Copenhagen Flames defeated them, gaining the last playoff spot. They increased their pace and played in decisive maps. You can see the dominance of Flames by the fact that Imperial were not allowed to have a presence at CT, which was their strong suit.

While the Flames were able to reach the Legends Stage through the European RMR events, Imperial had to take it as a hard pill.

Liquid Have Task Cut Out

As if the last-placed finish at Antwerp Major wasn’t enough, Team Liquid will now have to contend with the departure of a high-profile player. Shox requested that he be immediately released from his contract. His decision was also due to travel restrictions between North America, Europe and North America. Liquid didn’t win any matches at the biggest event of the year.

They finished the event with a record of 0-3. The losses came to Heroic and FURIA in the group stage. After defeats by G2 and Imperial, they had already qualified for the mainstage through the challengers stage. They beat 9Z and Complexity to reach the final.

Shox will be leaving the team without any experience. He helped Vitality to become a PGL Major player during his time in the team. They also reached the Blast Premier Final thanks to his leadership.

Cloud9 – Another Step in Their Reintegration

For Cloud9, this is yet another step in their comeback. Having withdrawn from the professional scene in March 2021, they returned a year later and even completed a high-ticket acquisition of Gambit, one of the best CS: Go team in the world for an undisclosed sum.

They were granted an entry to the European RMR Legends, competing under the tag Players, as Gambit (Russian-owned) had been banned due to ongoing tensions between Russia and Ukraine.

Cloud9 had been among the favorites to make it all the way to Antwerp. But FaZe stopped them and forced them into the end. They will get a clearer idea about where they stand as a team in the future by participating in this tournament. They’re the favorites to win this match, but Team Liquid is still in control, so you can play safe and bet.

G2 Have Issues to Overcome

G2 will be the first to admit they were disappointed at the previous major. After a defeat to FURIA, they had hoped to reach the playoffs. They’re now looking to make star signings a success, but they aren’t able compete with their opponents.

Talks of captain change seem to have only exacerbated the feeling of unease within the group. G2 needs to ensure that young star m0NESY can resolve his visa problems.

His inability to attend could create additional complexity. They have an advantage despite the fact that their opponent will not be familiar with the game.

Movistar Riders Want to Cash in on Lucky Break

Movistar riders. Although they shouldn’t be here, the lack of Entropiq and NaVi gives Spain the best stage in America. They lost by a wide margin to MOUZ in the qualifier for this tournament a month back.

They may seem a little rusty due to the late call up, but it is still an opportunity. They were noticed at the IEM Fall 2021, last year’s qualifier for the Swedish Major, when they finished fifth in Europe, much to everyone’s surprise.

They also fell at the World Cup, and subsequent major tournaments. Redemption came in the form of a creditable 5-8 finish at the ESL Pro League Season 15.