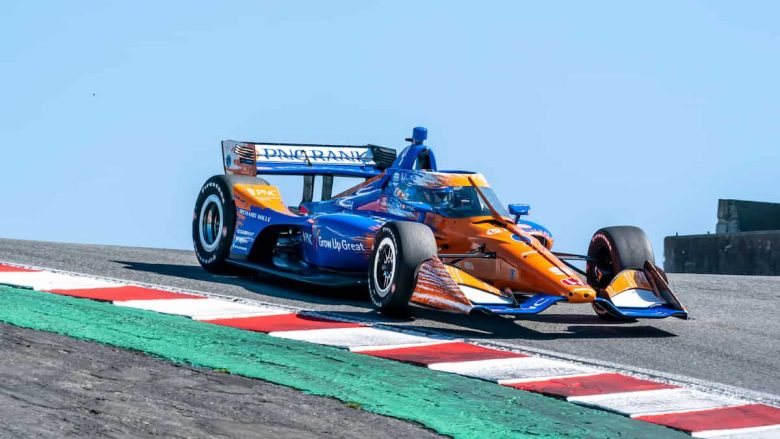 In a departure from our traditional NASCAR previews this week, we’ll also preview the 106th running of the Indianapolis 500 at the iconic Brickyard. The Indy 500 traditionally draws a larger single-day crowd than any other sporting event in the world. We are interested in reporting on it.

The race will be contested over 200 laps (500 miles) around the 2.5-mile speedway, which is big enough to accommodate four holes of a golf course and a dirt track within its confines–with plenty of room to spare. Helio Castroneves, the current winner of this race.

Scott Dixon has the speed and pole position–Is this another win in the cards?

Clearly, Scott Dixon laid down a marker for the rest of the field when he posted a four-lap average of 234. 046 mph in qualifying for the 106th Indianapolis 500. With that speed Dixon won easily the pole for Sunday’s race. He also quickly moved up the favorite’s list.

In a grueling race like the Indy 500, reliability is just as important as speed. That’s one reason why only one driver has won the race from the pole in the last 12 years (Simon Pagenaud in 2019). However, you can’t bet against Dixon who set the standard for the second consecutive year. His price (+550 via DraftKings) is reasonable for a pole winner, and Honda, which supplies his engines, seems to have moved well past the reliability issues of past years.

After a dismal year in 2021, Chevrolet won the first four races of the 2022 season, with Scott McLaughlin taking the season opener, Josef Newgarden winning the next two, and Pato O’Ward triumphing in the Grand Prix of Alabama.

Barring mechanical failure, chances are excellent that the 2022 Indy 500 winner will come from the top three starting spots. This has been true in all four of the previous years. Helio Castroneves was the exception, starting eighth in last year’s race.

If you’re thinking that Helio Castroneves will win a record fifth Indianapolis 500 in Sunday, you’re bucking some serious history.

Back-to-back winner of the Great American Spectacle is a rare feat. Admittedly, Castroneves accomplished the feat in 2001 and 2002, but he’s the last to do so.

Here are some unpleasant facts. Castroneves is starting 27th on Sunday after posting speed in time trails more than 4 mph slower than that of pole winner Scott Dixon.

It would be great to believe Castroneves could make IndyCar history by winning the most important race of IndyCar, but it is unlikely.

Accordingly, we advise resisting the urge to bet on the sentimental favorite–even at +2800 via DraftKings–and back a driver who can actually win.