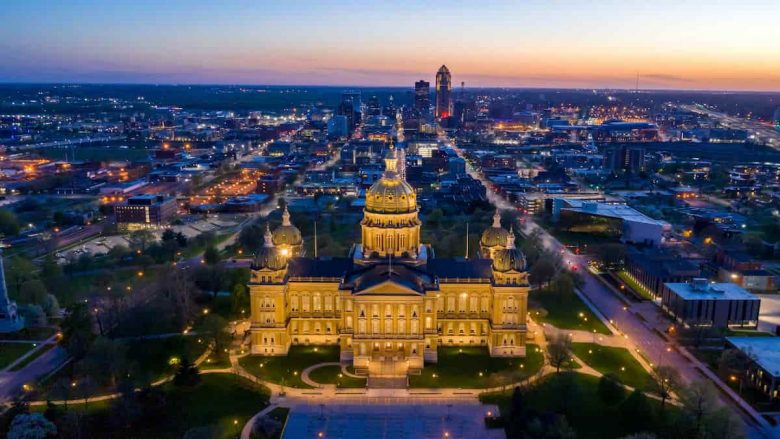 After Iowa’s legislature passed an amendment to the recent gambling bill, Kim Reynolds signed it into Law. This move seemed to be aimed at Cedar Rapids multi-million dollar Cedar Crossing Casino.

Those plans call for an extensive gambling venue to be built in Cedar Rapids – a 160,000 square-foot mega complex that would feature entertainment, cultural arts, and of course gambling, a $250 million venture that must now be put on hold due to that casino moratorium.

Cedar Rapids Mayor Tiffany O’Donnell described it as “a disappointing decision,” however, she expressed optimism about the future.

The city is committed to Cedar Rapids’ world-class entertainment venues. We believe that our citizens should have access to a variety of entertainment choices and it will encourage growth. The city will continue to cooperate with the developer in getting it done .”

But that won’t happen until June 2024, when the moratorium on casinos is lifted. By then the crowded market could have changed and adjusted in ways impossible to predict.

With States-Licensed Casinos In Iowa, “Gambling Famine” is a concern

Considering that Iowa has only two dozen licensed casinos, and Iowa is the 32nd most populous state, it’s possible to add more options and reduce the profitability of sportsbooks.

The moratorium in Iowa is an ambitious step by lawmakers. It’s a potential overstep in an area usually handled by the Iowa Racing and Gaming Commission. This puts a 2-year stop to any new competitors in an already busy market. Good news for those cities that already have a casino.

The Cedar Rapids project is still moving forward, according to one main developer. Jeff Pomeranz, City Manager, stated to the media:

“The city intends to support the project and investors at this point by earmarking property for future casino development .”

The state of “gambling fatigue” in Iowa, which would be troubling for an area that has existed only since

Iowa Legalized Sports Bets in May Despite Having No Major Pro Teams.

Iowa was one of the first states to legalize sports betting in May despite not having any major pro teams. This is a worrying state for a market that has existed since 2019.

Iowa has no professional sporting teams. However, its citizens still love gambling, which is evident by their $3.9 billion in handle since the legal market was launched. The state taxes at 6.1%, and the operation has generated over $17 millions of revenue.

The future of any professional sports teams moving to Iowa could depend on the amount of action generated by Iowa, which will rise exponentially once Cedar Rapids is added to the mix after June 2024..