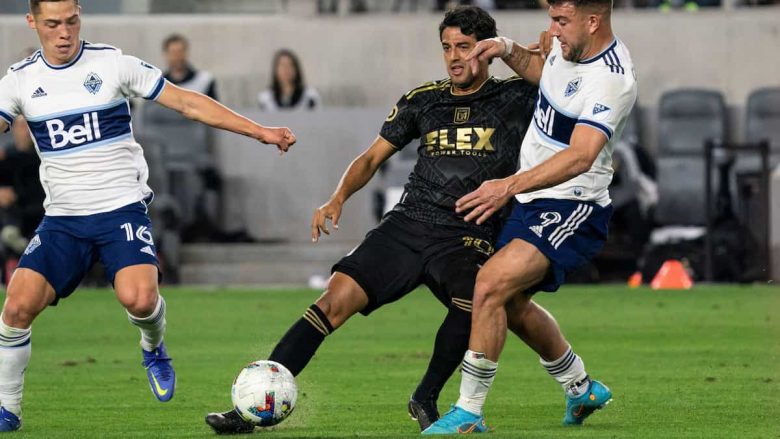 Draw, both teams to score

If you want to learn more about how to bet on soccer, check out our guide!

LA Galaxy vs Los Angeles FC. The fixture has always been full of goals. But, this weekend might be different. The two sides have clashed 13 times in MLS history, and only 4 matches have seen 2 or fewer goals scored in a game. This streak could end this weekend, as both teams have shown great defensive play.

LA Galaxy have not been at their best, but they still managed three wins. This is not good news. They’ve lost two games already. However, their big win despite finishing with only 10 men on the pitch over Portland Timbers last weekend should give them enough confidence heading into the game against their derby rivals.

Los Angeles FC is on an incredible winning streak. In their five first games they have only lost one point, that being a draw with Portland Timbers. Portland Timbers is the team LA Galaxy beat last week.

Overall LA Galaxy has won this fixture five times, while LAFC only managed three wins. These meetings have seen only two red cards in the past, despite being local derby games.

Mark-Anthony Kaye of LAFC, back in September 2020, was the first ever player to get sent off in this fixture before LA Galaxy’s Giancarlo Gonzalez committed a last-man tackle in the meeting a month later to become the second player to be given marching orders. Each side missed the playoffs last year and both will try hard to make it this season.

We expect a wild encounter between these sides this weekend. It may even lead to the collapse of each side’s defensive stability.

LA Galaxy Are Not At Their Best at Home This Season

LA Galaxy are not able to take advantage of their home advantage. To win their first home match this season they needed Javier Hernandez’s late goal. They lost the next game to Orlando City FC by a Facundo Torres goal.

Galaxy began the season with an 1-0 victory and then followed that up against Charlotte. They were confronted with reality by Orlando City and Seattle Sounders before rebounding last weekend with a win of 3-1 over the Portland Timbers.

Galaxy has had a difficult season in offensive, with their team unable to bring out the best from its players. They have averaged 16 shots per game, but only 4.4 of those are actually hitting the target. Greg Vanney, the manager of the team has seven goals from five matches and is still trying to find his way. As they create enough opportunities, the team needs to become more patient in front of goal. However, the last hurdle is too difficult for them right now. Chicharito has been their main source of goals (4 out of 7).

Galaxy are known for their dominance in possession matches. They average over 56% possession this season and have a healthy 86% pass success rate too. They are capable of defending their opponents in their own half and the midfielders do a good job. The midfielders are able to pass better in the middle and create more chances than the forwards, with 2.8 of these big opportunities per game.

The defense is also putting in an effort, despite the midfield controlling possession and managing a high pass success rate. In their five opening matches, they have only conceded five goals and yet to allow a goal. They did concede a penalty which resulted in Fredy Montero scoring for Seattle Sounders, who lost 3-2.

Marky Delgado won’t be playing this weekend, as he was expelled during the victory over Portland Timbers. The midfielder was shown a second yellow minutes after Galaxy made it 3-1, but the 10-men managed to hold their lead for 30-plus minutes to seal the win. Vanney will have to decide who he pitches for this weekend. He’ll be a huge miss.

Los Angeles FC Wants A Hattrick of Away Wins

LAFC is the unbeaten team in MLS this season. Their Supporters Shield position is at the top on goal difference. They will want to keep their spot by beating their derby opponents this Saturday.

They have only beaten local opponents three times in MLS history, and they have lost five. They won three games despite being dominant, and that is what manager Steven Cherundolo expects from his players. They won 5-3 in 2019, then managed to make it a tennis score in the next game – a 6-2 win in 2020. They lost the following two clashes but went on to win 2-0 in the pandemic-hit 2020 season.

LAFC has been dominant in every department this season. The midfielders seem to be the ones who have struck the perfect balance in defense and offense. The team has been capable of handling the game and keeping the most possession during almost every match.

Carlos Vela is the LAFC’s most prolific goal scorer with 4 Three of these goals were scored by Vela in his team’s 3-0 win against Colorado Rapids. After missing many matches last year, the Mexican will be chasing his golden boot.

LAFC have scored 13 goals in their opening 5 games, and 10 of those have come from inside the box. Cherundolo is sure to be pleased with the average goal rate of 2.6 per game by his attackers, which are the same number as the huge chances made by his midfielders.

They have a good pass success rate of over 82% this season, but the coach would be expecting more. They average 905 pass success in their own half but are unable to replicate that in the opponent’s half. Despite attempting almost the same number of passes, the success rate drops to just over 71%. You can help them be more calm.

LAFC has some things they can improve upon. They have kept two clean sheets, and conceded only four times during their five matches. They don’t win many duels and aerial duels are their biggest concern.

No player has been sent off for LAFC this season so far, and Cherundolo will be looking forward to ending the game with 11 men again. Although they do stand a better chance at winning the derby, it will all depend on how composed and focused the midfield is and whether LA Galaxy chooses to defend as well this season.

How to Watch LA Galaxy vs Los Angeles FC