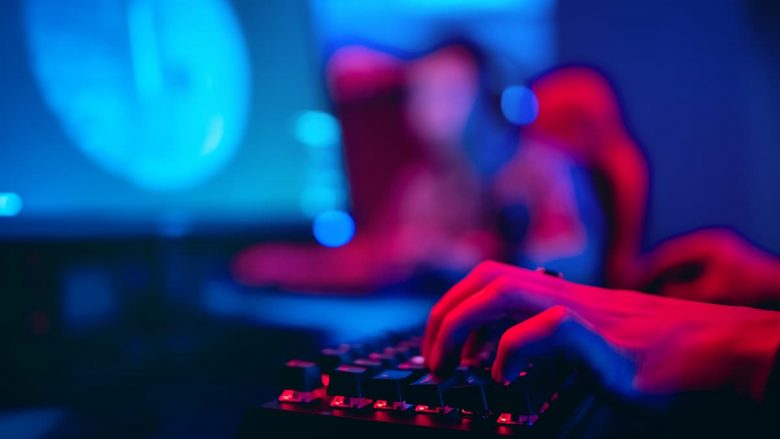 Here we go, again. Two exhausted teams, who tried many different strategies, are now waiting to see the curtain drop. They have both been eliminated mathematically from the playoffs race.

Nongshim Redforce have a win-loss record of 4-13 to be placed ninth. Hanwha Life Esports placed tenth with a 3-14 record. Nongshim has lost five consecutively, Hanwha seven. In many ways the journeys of both sides are similar. They have been together for eight weeks. This was a completely different story than it was last year.

Hanwha finished third, being one of four teams in the LCK that racked up 10 wins or more at the spring split. Nongshim fired in spurts, but were still heaps better than their current position, at sixth with a 7-11 record. Everything that could have gone wrong this time has gone right. Now it’s time to make course corrections.

They may reflect on the season and say it was one that helped them turn their life around or one that brought them down further. It will only be time. However, punters seem to be firmly focused on the future and see Nongshim as their clear favorite.

Last week, Nongshim RedForce had an opportunity to play party poopers, but couldn’t. KT Rolster beat them to move back into playoff contention with a 2-1 victory in the final few days of the 2022 LCK Spring Split regular season.

KT was under intense pressure going into Nongshim’s game. They would have won their seventh split win, and that would have kept them alive.

If they had to criticize themselves, Nongshim might look back on the various points in the game when they were ahead but couldn’t control. They can’t control the game right now, but they can try to win the Summer Split.

Hanwha Have You Considered a Restructure? – Planning or Staffing?

Hanwha Life Esports paid the price of being too dependent on SamD. Although the bot laner’s performance is impressive, it’s not up to standards for teams that want to reach the top.

But, the pursuit of improvement is a continuous process and something that they should strive for. It’s possible that this means some roster changes or the need to work through team combinations. Only time will show.

A win is non-negotiable if Kwaangdong Freecs are to keep their slim playoff hopes alive. Kwangdong has almost become an afterthought to the team who went on a winning streak of four games mid-season. Liiv SANDBOX is well aware that even four wins won’t be enough when the stars aren’t align and so they have been a bit behind the curveball in terms of the odds. Only time will reveal if this empowers or hinders their ability to play aggressively.

Kwangdong are just outside the periphery of the playoffs, currently seventh with a 7-10 record. Liiv SANDBOX is eighth, but has fallen so far that it will seem almost like a surprising result. After a losing streak of five games, they are now eighth.

Kwangdong Frees has enough experience to handle difficult moments during the spring split. Although they have not won all the splits, it is encouraging to see a young team.

Teddy was their leader, with the bot lander finishing third overall. 59 kills, 1. 49 deaths and 4. 38 assists, along with KDA of 5. 36 and a creep score of 339.23. Hoit was a solid support player landing 6. 67 assists, the best for the team. They will be able to channel positive energy from such highs heading into the Summer Split.

New ideas are needed and plans should be made. It can’t get any lower. It’s time to toss out old patterns and make the season better. Then, there are covid strikes.

Yes, this is the reality Liiv SANDBOX have had to live with over the past 10 days or so. Cho “Joker”, Jae-eup, and Heo “PawN” Won-seok were positive for their coaching roles in Liiv SANDBOX’s League of Legends Division. The brighter side is that all the players tested negative. SANDBOX was adversely affected and joined Gen G, DRX and Nongshim RedForce in their quest to become covid-affected.

Fortunately, the team’s other coaches helped with preparation. But, what has been most striking about Fredit Brion or KT Rolster over the past week is timing performance. Problems seem larger when you are in poor circumstances. SANDBOX cannot rest as league leaders are still coming. This is only the beginning.

It is now a given that anyone around the LCK will ask if T1 can make history. All of the biggest T1 threats appear to have passed them as they head into week 2. They won their matches against Gen G, second place and DWG KIA, with a positive result. However there was some discomfort.

Week eight was a breeze as they faced Fredit Brion and Kwangdong Freecs. Wins there helped them beat their own record from the 2015 Summer Split of going up 14-0 win streak when they were known as SK Telecom. There are no prizes for guessing. T1 is the overwhelming favorite.

KDF was eliminated by Lee “Faker”. T1 was more successful against Fredit BRION in the second series. You would have believed the game never happened if you were a BRION enthusiast. However, it was a great win for T1. BRION was struck with covid and had to play players from the LCK CL foster team as well as their coaching staff.

It wasn’t pretty. T1 stomped home and the win put them at 16-0 record and are now just two series away from a perfect season. As of this writing, T1 was engaged in a fierce battle against Liiv SANDBOX. All League of legends supporters will be able to tune in and see if DRX is able to stop them once more this season.

DRX Prove They Are A Top Side

DRX have proven they are a top side DRX. After two victories against Gen G, DRX was in the third round of their game against KDF before coming out victorious. DRX defeated Nonghsim RedForce in the other match. DRX prevailed with a 2-0 win.

Now, they’re on a winning streak with four victories in five of their previous games. They may be temporarily surpassed by KWG KIA, but they could regain that position and leapfrog TG1 if they stop them in their tracks.

How to Watch LCK 2022 Spring Split