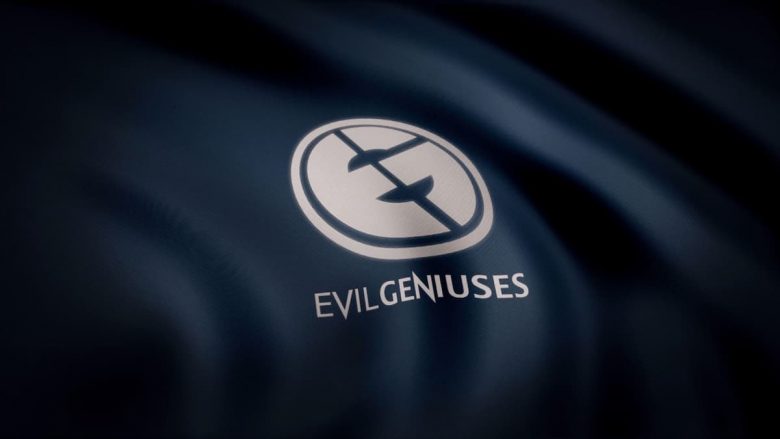 Team Liquid Are The Favourites

The LCS 2022 Spring Split is in its business end, with games coming thick and fast. Our weekend specials feature Team Liquid, second place in the league against Golden Guardians. Liquid are one of only three teams so far this split to rack up 10 or more wins. Liquid are currently sitting pretty with a 11-4 record, a playoff berth sealed. The bracket will decide where they are seeded. However, they can mathematically not fall below sixth.

Guardians currently compete for fifth place in the mid-table with a record of 7-8. They are currently outside of the playoffs periphery and need to pick up their game. Although they have won two consecutively, it has been a good start. But, to continue their winning streak, they need to be relentless.

Can they continue it? The odds are against the Golden Guardians because they have been where they are at the table. This season has been filled with inconsistency. Invariably, wins are followed by devastating losses. Their performances seem to have been a swinging pendulum.

Despite their wins, Liquid has lost two of three matches, including the one against FlyQuest. This was an insignificant loss that could either depress one or boost one’s spirits by having outrun their opponents to the end. The contest as such was a battle for gold that kept yo-yoing from one side to another, with FlyQuest eventually finishing with 72.9k gold, just 2.5k gold more than Liquid.

FlyQuest beat them with three kills, one tower. CoreJJ was unable to complete a kill with 2 deaths, 3 assists and 1 kill. Bjergsen, however, managed 2 kills, 7 deaths, and 2 assists. Zeri was expected to do more, however, she managed 2 kills and 2 deaths. If they can run their opponent’s close, without their players performing at their best efficiency, it is impossible to imagine what they would achieve if their shots are fired in unison.

Do or Die Time for Golden Guardians

Pridestalker is one of the most important signings by Golden Guardians. Pridestalker is confident that the team will do better than what they have so far, and is impressed by the coaching staff. It will help players have more clarity if they don’t get too much information.

He has spoken out about how negative momentum can cause the team to feel more miserable, and it is something they are trying to overcome. Guardians will be the final cutoff for playoffs. Evil Geniuses will follow this clash. The split could not have been completed with three more difficult games. It’s do-or-die time now.

Odds against FlyQuest Despite Higher Position on Table

FlyQuest lies fourth with an 8-7 record. They are still vulnerable, as they have yet to secure a playoff spot. The Evil Geniuses have a record of 7-8 and one spot lower than two other teams. The Evil Geniuses are trying desperately to get out of a trap they’ve fallen into. This is not a contest based on current personnel and form.

Games can’t be played on paper, so Evil Geniuses may want to make a point. FlyQuest is the better-respected team, so the odds against them are higher despite having a stronger record.

FlyQuest Just Recovered From A Conquest Over Toppers Liquid One of the main reasons the punters love FlyQuest so much is their victory over Team Liquid three days ago. To break free from the rest of the pack, it is important that teams overcome the dominance of top sides in a competitive mid-table.

FlyQuest has maintained their flag high despite losing an early game. FlyQuest won against Liquid by lowering their guard slightly. Their playoffs have sealed the deal, so their slow but damaging falls may be explained.

Evil Geniuses – Coming Off A Defeat

Evil Geniuses are coming into the game on the back of a loss to 100 Thieves, but they fought a good fight while going down. Evil Geniuses managed 85.9k gold to 100 Thieves’ 91.2k. They landed 10 kills to their opponents 16, and as the game progressed and they lost control, things spiralled out of hand. They eventually managed just 6 towers captured to 100 Thieves’ 11.

Vulcan finished with seven assists. This is less than the 9. 33 he averages. They lost some of their middle proficiency. This led to them losing their ability to play in the middle.

Can Dignitas Play Out Of Their Skins To Win?

Cloud9 are the table toppers, having ransacked their way to 12 wins. This has been an incredible season. Their team has been meticulous in their preparation, they have maintained continuity with their staff and don’t react negatively to any slip-ups that you would expect from a long season.

Their opponents Dignitas have a record of 7-8 wins-loss. Their two losses on the trot have been a result of bad luck, with Dignitas finishing fifth in their mid-table battle for fifth. This is a tough task. They have the odds against them. To upset these toppers, they will need to perform at an extraordinary level.

Cloud9 Recovering from a Shocking Loss

Cloud9 They are proud to be there. TSM’s losses this split are certain to be devastating. The game promises to be close, with the clash of the toppers and the wooden spooners. But, shockingly, TSM won the game, making Cloud9 the runner.

The result was all the more astounding because TSM were in a muddle literally, having less than 24 hours fired one of their coaches Peter Zhang due to “serious conflict of interest allegations and unethical practices.” The stir in personnel hardly affected them in the game.

Dignitas: Blow Hot, Cold Dignitas. This is not what you would expect from teams trying to pitch for the top. The team will display brilliance, then spiral down in an unexplainable downwards spiral before finally winning the game.

They were on a four-match losing streak, written off when they suddenly shocked 100 Thieves with a convincing performance not many saw coming. They have been letting everyone know that they are there every once in a while. They have suffered a lot from their lack of consistency. Are they able to make a significant comeback?

Mid season they were in a great position for the playoffs. But, everything has gone wrong since. What is the best way to explain this alarming drop? This is likely to prompt changes in the future. The odds of this happening are almost equal. It’s impossible to choose between the two sides, as such is their nature.

Nothing may be going right for them but Immortals haven’t played all that badly, something you can notice if you peel off the layers. Their victory over 100 Thieves is a good example from earlier in the season, a win against all odds.

Their jungler Xerxe is a match-winner, but has had trouble gaining momentum in meta which has resulted in a series of poor results. He can he get up again? Xerxe can be in peak form to help get the ball rolling.

Last-placed TSM up against third-placed 100 Thieves is a giant mismatch. TSM should look back at last week’s win against Cloud9 for some inspiration. They still hope to reach the playoffs, even though it is only one in many millions. This should be enough motivation for them to finish high.

To qualify for Playoffs, TSM must win seven of the remaining games. After this, their upcoming game against 100 Thieves, they play Counter Logic Gaming and Team Liquid.

They will take with them the experience of winning over Cloud9 and table toppers as well as their confidence in defeating Immortals. They will still need to accomplish half the task even if they manage it. TSM’s four top teams EG, CLG and Immortals must finish with less seven wins.

TSM making Playoffs is when all four teams below lose their respective games.

In other words, if any of the four teams above play Cloud9, Team Liquid, FlyQuest, Dignitas, or 100 Thieves, they need to lose. To qualify, the stars must align in extraordinary ways. Let’s face it, this is not a fair situation. TSM had an awful season. They will have to make improvements to be more competitive. They can finish on a high note, which will be enough to encourage them going into the Summer Split.

Back 100 Thieves to win. TSM’s big winners are the bold-hearted.