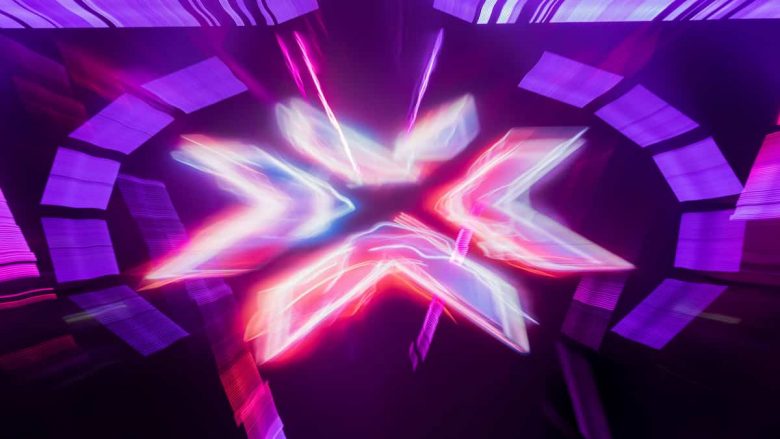 It is playoffs time at the end of what has been an exhilarating 2022 LEC Spring Split. The top six teams have reached this point, as is standard. The winners’ bracket will feature the top four, and the losers’ bracket will see the fifth.

The top seeds choose between the third- and fourth-placed seeds for Round 1. Toppers Rogue chose to face third-seeded Misfits Gaming in this instance, the first contest of our playoffs. Fnatic, second seeds, play G2 Esports fourth.

So how do you get to the finals. The Upper Bracket teams can reach the finals by only winning two of the initial rounds. The lower bracket teams will take a more circuitous route. You will get more experience and game time, but it is also harder work. Let’s get down to business.

A Contest of Equals

Rogue ended the regular split with the most wins by a team. They ended with a 14-4 record that vaulted them to the top of the leaderboard. Misfits, their opponents, didn’t do too badly either, finishing with a favourable 12-6 record.

They narrowly missed the second place due to a loss to SK Gaming in their last league match. It was quite a comprehensive defeat to a side that eventually finished the spring split with a 7-11 record. Did they become complacent? They would be wise to address this question.

Misfits struggled right from the get-go and saw SK opening up a slender early-gold lead into a massive one. By the end of it, SK had surged to 63.7k gold even as Misfits managed just 49.6k. This in-turn affected their team fights, with SK landing 30 kills to Misfits’ 13. SK captured 11 towers to Misfits’ 3. The mid-table jostlers were at their best. This was a wake up call for the Misfits. The positive thing about that game is that it took place more than two weeks before. They’ve had time to think about their spring split, and they can now enter the playoffs full of confidence and verve. For inspiration, they only have to go back to a game before their defeat at SK. There, they overcame a 13k gold deficit to storm to victory against Fnatic.

Why Rogue Are The Outright Favourites

Against Rogue, who have momentum with them, it ain’t going to be an easy task to replicate this. To finish first in their last league match, they had to defeat G2 Esports. They would have been second if they lost. They entered the final league match under great pressure and made quite an impression.

They stormed into the game with two kills before the five-minute mark and dominated the first 10 minutes. They held onto the lead for a long time. G2 tried to make a comeback midgame after a skirmish on the bot side, which gave them the bot tower. But Rogue held on to surge to an 8k gold lead at the end of 20 minutes.

From that point on victory was just a formality. Rogue’s dominant style of play is dotted with many different plans, each one specific to their opponent. This has made Rogue stand out. They have struggled to predict their unpredictable play and this has not allowed them to position themselves. This factor has contributed to several key wins this spring split, which is why they’re outright favourites going into the match

The Hylissang and Upset Touch To Fnatics

In making the playoffs in the manner they have, Fnatic have bounced back from an ordinary 2021 Spring Split, where they underachieved to finish with a 9-9 record. They have redressed the mistakes and gaps from previous years.

There has been an underlying trend that’s hard to overlook over the years. Although they are quick to the start, their early game aggression tends to be more relaxed than usual. This has allowed for teams to breathe when they need to. Fnatic has not been helped by this. If this hadn’t played out, it’s possible they may have won at least 16. However, those who work hard and are in control of the game have some flexibility. Teams are likely to be off for days in a competitive league like this.

They are still a champion team and can win titles. This could signal the beginning of a fantastic run. As such, it’s no surprise they finished second this time around with a 13-5 record. Hylissang has been a dominating presence right through the split, having played a part in each of their 13 wins. Eight weeks into the European league, Upset dominated the standings with their best KDA.

The G2 Journey in a Nutshell

G2 Esports began well, then slumped before hitting the high notes to close the regular split strong. Three weeks later, losses were mounting for G2. After losing SK Gaming, G2 suffered heartbreak against Fnatic. After gaining a strong lead they lost a game against Misfits, which was the start of week seven. It looked grim. But a sudden surge thanks to victories against Team BDS (where Caps made a spectacular Quadra kill), saved BDS from being out of playoff contention. They gained momentum heading into week three, beating Excel and Vitality.

Yes, they lost to Rogue but their early momentum was enough for them to finish fourth. Fnatic is clearly the favorite here but G2 don’t seem to be bothered by this. You can maximize your profit by betting on them. You should try it.

A First For Excel

Excel have made the playoffs for the first time in their LEC history. Their support Mikyx, who was recently acquired by them, helped to achieve a creditable fifth place finish with a record of 9-9. After being signed halfway through the season, he has been a major part of the team’s evolution. Excel has won more games than lost since Mikyx’s arrival. Mikyx has a lot to offer the team, including his experience with G2, multiple trophies and a winning mindset.

Although the season wasn’t ideal, Vitality managed to pull through with a win over Astralis last match-up. Vitality showed that they can beat their rivals in this game. Their team fighting was flawless and their coordinated moves were perfectly aligned with their plan. They were equally effective with counter-engages, champions such as Gnar and Xin Zhao and Tahm Kench bringing enough tankiness and crowd control to withstand their enemies bursts.

Perkz and Alphari finished with a combined 17 kills and 23 assists. They didn’t die a single time either, while Labrov had 19 assists and no deaths to boot. It only took Vitality 25 minutes to emerge winners. Vitality’s bruising performances ensured that MAD Lions fell short of their expectations.

All said that most people expected Vitality, with its star-studded lineup, to rise to the top of this season’s leaderboard. It was an uphill struggle to find wins. Although the first half ended in a 5-4 split, they were able to keep their cool and bring their big-game experience into the second half to make it to the final. It’s now what happens on that day that matters. While match-ups, and other records, may not be lost, they will still have the greatest significance.

Vitality has the advantage in this game with punters favoring them by quite an amount. But don’t be surprised if Excel doesn’t keel over. This is going to be a fierce battle. This will be an extremely difficult battle to determine the winner.

How to Watch LEC 2022 Spring Split