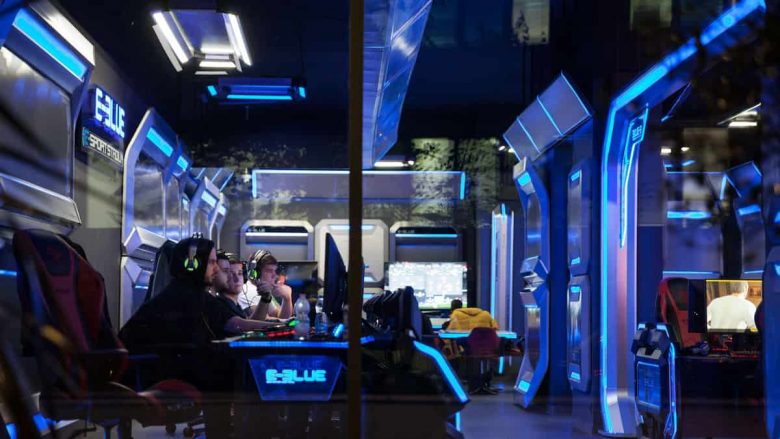 Cloud9 were blanked by 100 Thieves in their opening playoffs match 3-0, which has sent them down quickly into the losers’ bracket to face Golden Guardians. Cloud9 are the favorites to win this match. They have been very consistent and stable throughout this season.

Golden Guardians did not have a bad season but might not be able to handle the increase in class and quality. Golden Guardians finished sixth in the regular-season standings, which included nine wins and nine losses after 18 games.

Cloud9 were one of the top teams in LCS this season. They finished the regular season second on account of having won 13 matches out of 18. This bracket’s losers will make them desperate to overcome their loss and move on.

Cloud9 They have been known for their ability to move quickly through Summoner’s Rift. This modus operandi is back in fashion. Cloud9 was able to receive solid production from Berseker, the bottom lane player, during the spring season, which saw returns of 3. 44 kills, 1. 39 deaths, and 4. 61 assists per map at a KDA of 5.8 and a creep score of 307. 94 and a CSPM of 9.68.

Fudge also has stable results in the middle lanes, where there have been 3 kills and a CSPM of 9. . 61 deaths, and 6. 28 assists per map at a KDA of 5. 76 and a creep score of 281.39. His consistency, finding kills and maintaining a low deathrate has allowed him to change Cloud9’s seasons.

Cloud9 had the pleasure of seeing excellent production from their top lane. In pro-League of Legends, you don’t usually expect your top laner to be racking up kills but that’s what Summit managed in the regular season, with returns of 3.5 kills and a creep score of 286.

How Do Golden Guardians Compete

The Golden Guardians managed to make it into the playoffs. This will be a huge accomplishment for the franchise, as this league is very competitive in North America. The LCS playoffs are a completely different game. It moves from the best of one in the regular season up to the best of five in the postseason.

A match won’t be won by an exceptional teamfight. This must be done on at least three maps. This is why Golden Guardians may not be able keep up with Cloud9’s quick pace.

The Golden Guardians will heavily rely on Lost who, during regular season, was the producer from a kill perspective. He had 3. 95 kills, 2 deaths, and 4 assists per map at a KDA of 3.97. Licorice, Ablazeolive and other players will also be critical.

FlyQuest have continued to be a team that stayed inconsistent, in terms of finding able production in the lanes, but they will be pleased that they now have a chance to make an impact in the playoffs of the LCS, a stage that could just help them find their best quickly.

Evil Geneiuses was fourth during the regular season, while FlyQuest was fifth. They both had identical 9-9 records throughout the regular season. EG can take a lot of comfort from the 3-2 loss against Team Liquid in round one of the playoffs. They were placed in the loser’s bracket against FlyQuest after that loss.

EG are the favorites for this match due to their slightly larger roster and more experience than FlyQuest. FlyQuest might find it too difficult to make the jump to the best of five.

FlyQuest Will Need to Find a Way to Stop Danny

How EG does in teamfights will determine how they perform. Although this team was at risk of losing the playoffs, it appears that they are now in their most productive form.

Johnsun The Key for FlyQuest

Johnsun has been the best offensive player for FQ this season, with returns of 4 kills, 1.9 deaths, and 4 assists at a KDA of 4.21. His KDA was the highest, making him one of the most productive players on the team. With a creep score of 324, he even had the highest returns in that metric.

FlyQuest will require some assistance from other lanes or other positions if it is to overtake the power of EG. Josedeodo will be needed to help improve his regular season production. 15 kills and 2. 25 deaths.

FQ are not pushovers. However, they must be able to get up when it is right. To do this, FQ will have to win a few early fights in order to build the confidence and momentum necessary to defeat the confident EG team.

Over in the LEC, Fnatic and G2 will face off in a blockbuster semi-final between two of the better teams in the league. Rogue awaits the winner of this match in the final as the LEC’s spring split of 2022 draws to a close.

These two teams met earlier in this season’s playoffs with Fnatic taking victory 3-1. Fnatic advanced to the qualifier, but Rogue defeated them in thrilling five-map matches. Fnatic is considered a strong favorite to win the match. Fnatic had a solid regular season as well, which included 13 wins out of 18 matches which helped them move to second on the table. G2, on the other hand, finished fourth with 11 wins out of 18.

Wunder, Razork both have more than three kills each map. They both had 3. 06 kills per map. Fnatic’s overall outlook is enhanced by this level of offensive production.

Fnatic have an advantage in this game from a personnel perspective. Hylissang will be their able support. He has a kill participation rate of over 10 already, with 1. 44 kills and 9. 11 assists per map. Speed of the Lanes is a key to G2 Esports In order to be successful this season, The success of G2 Esports has been built around incredible efficiency in their lanes. BrokenBlade and Caps were the three players who averaged more than three kills per game during the spring split. This level of consistency will be crucial for G2 in the next season.

HTML2_ G2 Esports was beaten 3-1 by Fnatic earlier in the playoffs. It will be a difficult task to stop that from happening again. Early signs point to a competitive team. You can never tell if they are able to be aggressive in this sport.